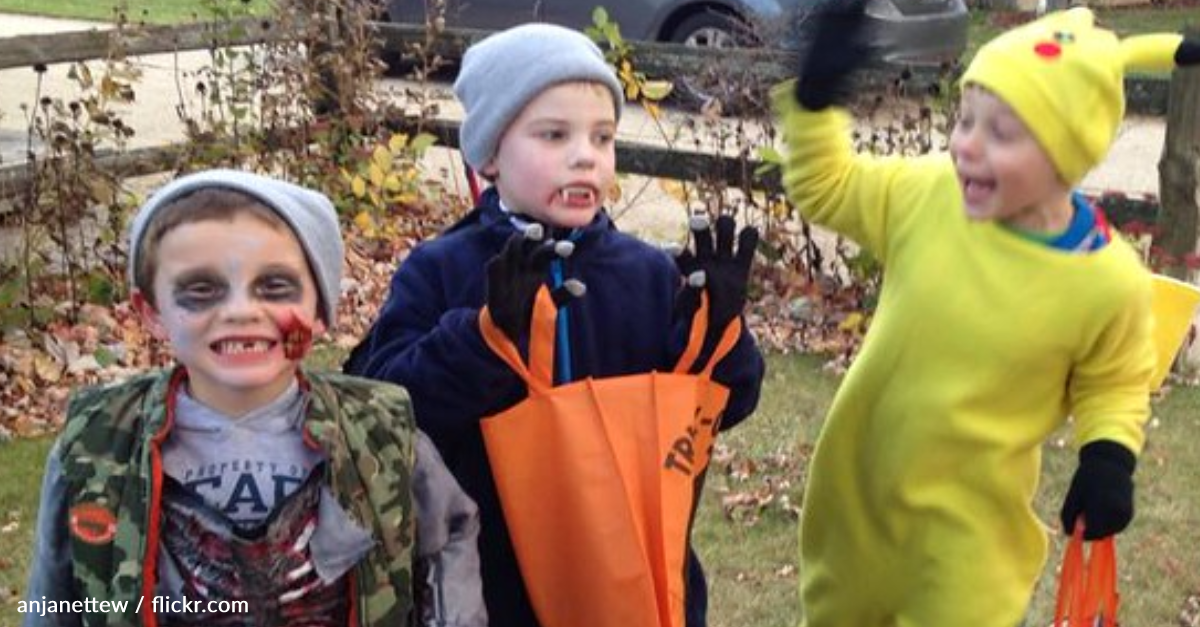 When trick-or-treaters knock on a door, they usually expect to be greeted with candy. Sometimes candy may run out early on Halloween, and that’s often signaled with a dark porch or empty candy bowl outside.

However, when three trick-or-treaters arrived at Brenda Burdon’s home in Denton, Newcastle, she opened the door to apologize that she didn’t have any candy for them.

The trick-or-treaters, three kids who went by Jessie, Olivia and Walter, left the home without candy but they formed a plan to return.

As BBC reported, the very next day, the 86-year-old woman was greeted by the three kids who’d showed up to her house with gifts! They didn’t mind that she didn’t have candy for them and they wanted to make her day special.

Among the goodies they left were a card, chocolates, and a £10 note.

Speaking with BBC, Burdon’s grandson, Danny Parker, said that his grandma had bought three presents for the children as a reward for their kindness. She also wanted to give them the £10 back.

Unfortunately, the three kids didn’t return again so Brenda Burdon is waiting and hoping to find them to give them the presents and money.

Parker said that their act of kindness made a great impact on Burdon and it was the best Halloween of her life!

Hopefully as the word spreads, the kids learn of Burdon’s search for them and can return to her house to receive their rewards.