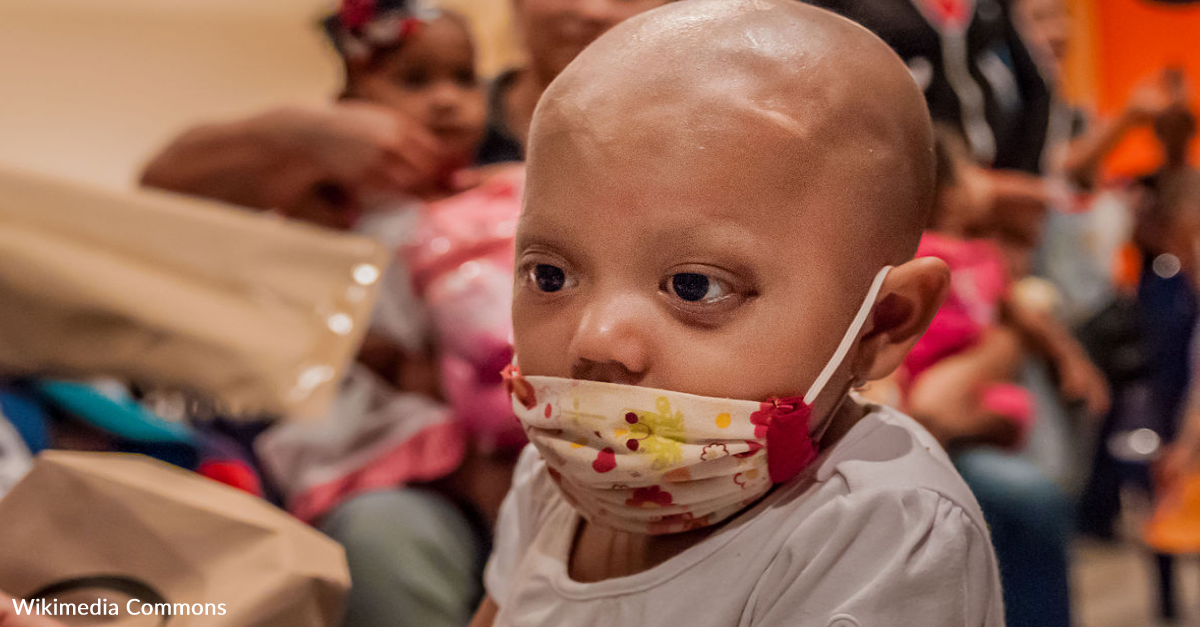 We’ve all become accustomed to seeing people dance online. Between YouTube videos and television shows, such as Dancing with the Stars, it seems as if we have seen it all.

Then someone like Kenneth Allen Thomas comes along. He has been dubbed the “Dancing Dad” and his moves have gone viral. The thing is, he isn’t dancing to show off his moves, he’s dancing to celebrate.

A viral video shows Thomas and Kristan, his son, dancing in the front yard. His son beat leukemia in November 2018 and they went outside to celebrate in matching blue jeans, flannels, and smiles that really tell the story.

At first, Thomas is doing all of the dancing and Kristan is on his hip. It isn’t long, however, before the two of them are standing beside each other and dancing away.

Kristan was first diagnosed in June 2018 with leukemia. Suddenly, the family was just trying to hold things together as they went for one test after another, and eventually, a month in the hospital during chemotherapy.

Thomas is known for dancing. In fact, he had his own dance studio, Level Dance Complex. During the time that his son was in treatment, however, operations were kept to a minimum so he and his wife could care for their children in the best way they could.

Even though the dancing slowed down, it certainly did not stop.

Thomas used to dance during the time that his son was in the hospital to keep everyone positive. He would even dance with Kristan on the most difficult days. The videos were posted on his social media account.

In speaking with Fox News, he said: “I took all those strategies and tools that I learned as a dancer and choreographer, and I set the tone for my family, set the tone for the doctors, the team.”

At one point, they thought that it would take up to two years to battle cancer but their son was declared cancer-free after only 149 days. Even the doctors were surprised by how quickly it happened.

As far as Thomas is concerned, it was a miracle. He also feels that their dance routines had a lot to do with the quick recovery.

Suddenly, Thomas realized that there was more than his family that were benefiting from the dance videos. People were loving them online, so the videos continued.

Since the cancer-free diagnosis, Thomas has retired from teaching dance but he and his son still do it regularly. They have their own father-son dance they do every month to celebrate another month without cancer. Watch the celebration video below:

Watch: No extra resources for children orphaned by covid
AHA Statement on Impact of Major Life Events on Physical Activity
Kids With Special Needs Enjoy Quiet Time With ‘Sensory Santa’
Caregiving Essentials
How should we navigate difficult relationships at work?