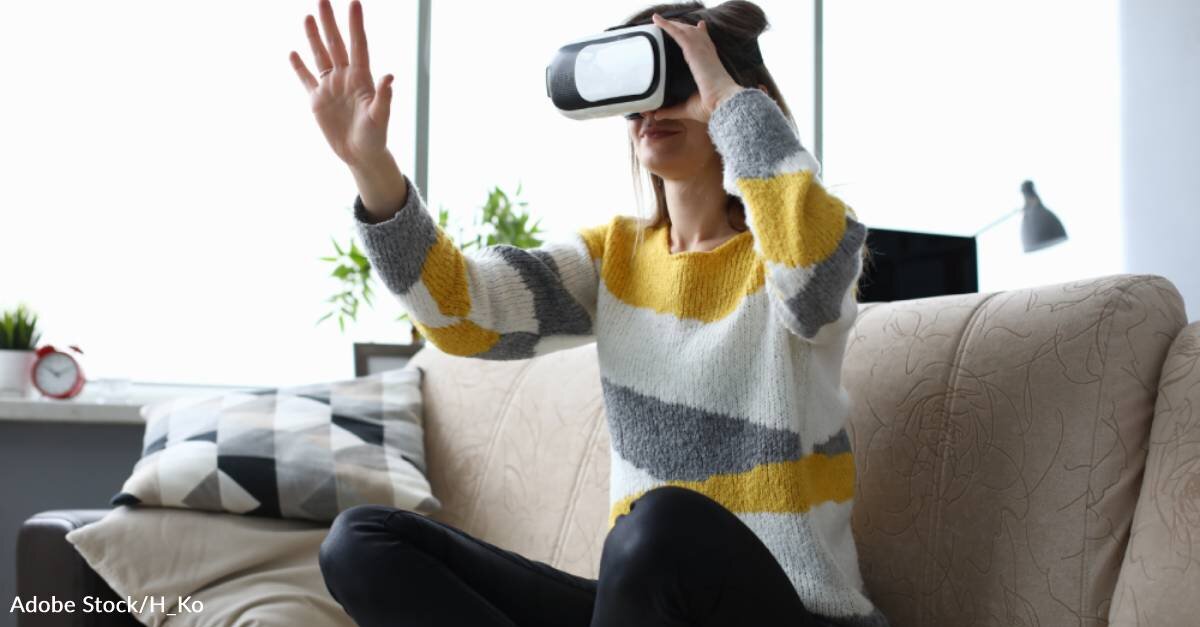 Virtual reality can be helpful in a health care setting. Medical professionals may use it for training, as a counseling tool for patients, or as an education tool for positive lifestyle choices. A new study has found that it may be beneficial for cancer patients, as well.

Researchers from Keele University in the United Kingdom teamed up with a local filmmaker to see how virtual reality could help the wellbeing of cancer patients. After a seven-week trial at Katharine House Hospice in Stafford, the vast majority of participants reported a variety of benefits to their mental health.

Saeed Farooq, Professor of Psychiatry and Public Mental Health at Keele University, says, “It was truly exciting to use the virtual reality in the hospice and to see its wonderful impact in improving the mental health and well-being of hospice patients.”

Participants were taken virtually to six destinations over the seven-week period. Those included Thailand, Germany, Scotland, Cornwall, the Peak District in central England, and The Royal Albert Dock in Liverpool. The videos, which ranged in length from six minutes to 24 minutes, provided 360° views and a vlog-style of filming to make participants feel like they had a companion on the trip. There were also drone views allowing the patients to explore the regions aerially.

Before and after the VR experience, patients filled out questionnaires that addressed several aspects of their mental health. More than 75% of the participants said they felt improvements to their mental wellbeing, including feeling less nervous, anxious, or on edge.

Ben Malone, the filmmaker involved in the study and owner of the nonprofit Project Vae, says he’s excited about the possibilities.

He told the BBC, “It potentially could reduce anxiety, depression, loneliness. There’s many different things that I think it can affect, and if people see the video and see the reactions from the patients themselves, I’d like to get it to as many hospices and care homes in the country as I possibly can.”

As for the researchers from Keele University, they believe it could also be helpful to other patients dealing with debilitating physical illnesses or mental health issues.

Dr. Rashi Negi, Honorary Senior Clinical Fellow, says, “I am delighted with the result that this study has achieved and truly believe that the potential uses of this technology are limitless. I am hoping that the next stages will be rolling out this technology in larger groups of patients at hospices but also in many other patient populations such as patients suffering with dementia and other mental health conditions such as depression and anxiety in care homes, in their own homes and on geriatric wards.”

If you’d like to see the patients’ reactions to the virtual reality project, watch the link below.

Study aims to understand how prenatal factors, early life experiences influence child brain development
A Cancer Revolution comes to Manchester: Patrick’s review
COVID-19 Delta Variant Could Reach A Point Of ‘Self-Extinction’ In The Long Run: Report
“Supporting research is mission critical for me and always will be” – Philanthropy award winners share their stories
Do You Discuss Mental Health With Your Patients?