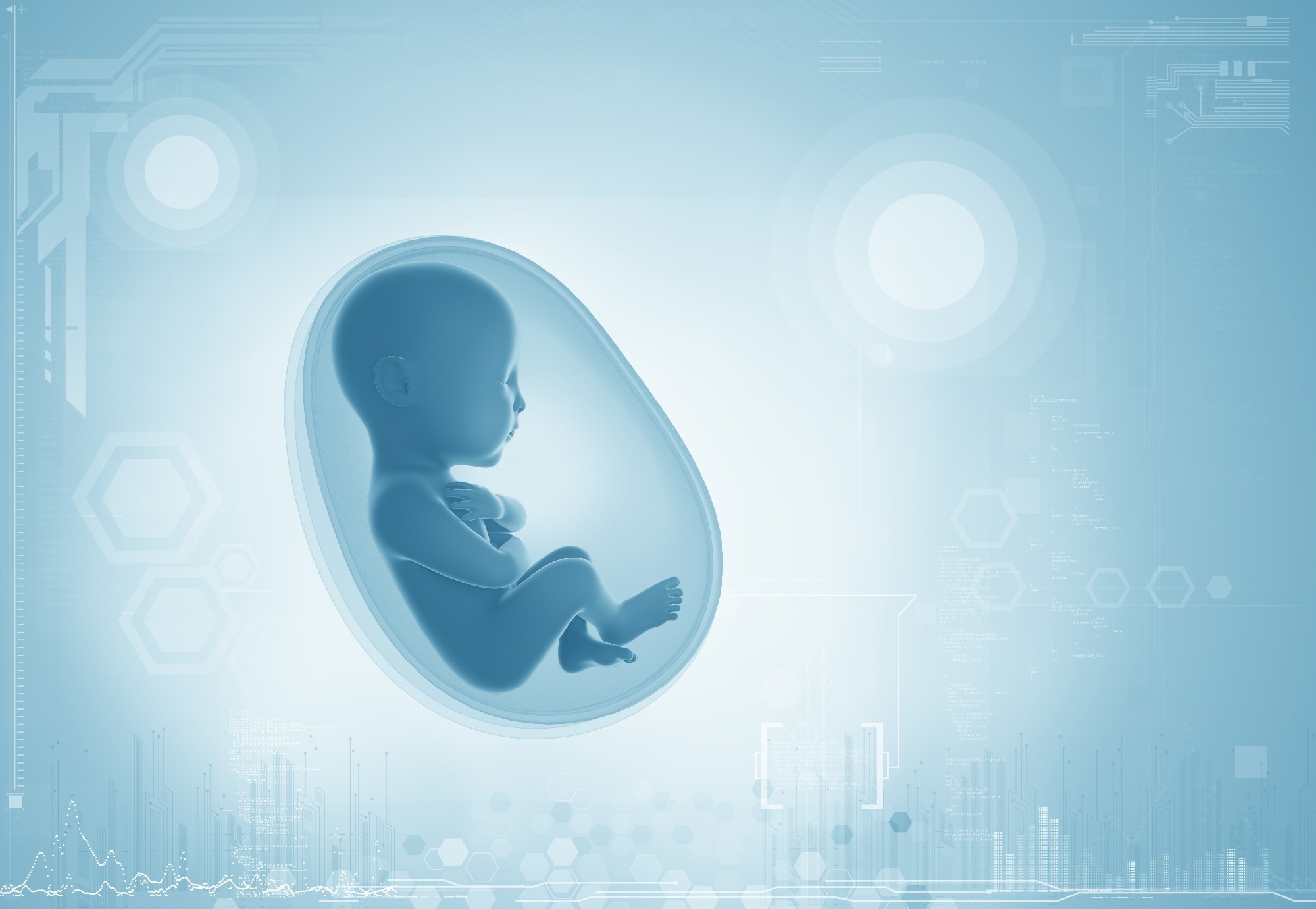 In a recent study posted to the medRxiv* preprint server, researchers investigated the impact of the severe acute respiratory syndrome of coronavirus 2 (SARS-CoV-2) exposure in utero on the neurodevelopment of children.

Studies have reported that the neuropsychological effects of SARS-CoV-2 exposure among children and adults are of concern, since even the lack of direct central nervous system exposure to SARS-CoV-2 could cause persistent effects on the brain, which may be sex-specific. The present study’s authors previously documented preliminary proof of a positive association between maternal SARS-CoV-2-positive status and delayed speech and motor development among infants.

In the present retrospective cohort study, researchers extended their previous analysis by investigating sex-based differences in neurodevelopmental disorder diagnosis rates among children exposed to SARS-CoV-2 in utero compared to those lacking such exposure in a much larger cohort.

The newborns were linked to their mothers based on the medical record numbers, the sex of the newborns, and the time and date of birth. The mothers’ medical records were characterized based on ICD-10 codes, medications, problem lists, and laboratory-based studies conducted between the dates of the most recent menstruation and discharge for delivery admission. Logistic regression modeling was used to assess the association between maternal SARS-CoV-2 status and neurodevelopmental outcomes in children within a year of birth.

Data were adjusted for ethnicity, race, the status of insurance (public or private), type of hospital (community-based versus academic center-based), mothers’ age, and preterm delivery status, and the odds ratios (OR) were calculated. The robustness of regression analysis findings was assessed by applying an exact matching approach in which every SARS-CoV-2-exposed infant was matched with one or more unexposed infants for features used in the regression analysis.

However, the association was numerically similar but non-significant in the pooled analysis (OR 1.5). Matching male, female, and pooled (both sexes) SARS-CoV-2-exposed and unexposed newborns yielded OR values of 1.9, 1.2, and 1.6, respectively. Consistency in effect direction was observed across the regression model and matched analyses after the sensitivity analyses. At the 18-month follow-up of 551 SARS-CoV-2-exposed and 13,435 unexposed children, similar results were obtained for neurodevelopmental outcomes in male newborns (OR 1.4) but not among females.

The pooled analysis findings showed a numeric but non-significant elevation in neurodevelopmental disorder diagnosis (OR 1.3) among newborns born to SARS-CoV-2-positive mothers. Similar results were obtained after eliminating preterm births. Compared to the 2018 pre-pandemic cohort, a modest but non-significant elevation in neurodevelopmental outcomes was noted among male and female infants with OR values of 1.1 and 1.3, respectively, and pooling both genders yielded an OR value of 1.2. The corresponding OR values for the 2019 cohort for male, female, and pooled (both sexes) infants were 1.2, 1.2, and 1.2, respectively.

Overall, the study findings showed that SARS-CoV-2 exposure in utero was associated with an increased risk of adverse neurodevelopmental outcomes among male newborns in the initial year of life. However, further research with larger sample sizes and longer follow-up period are required to validate the study findings.