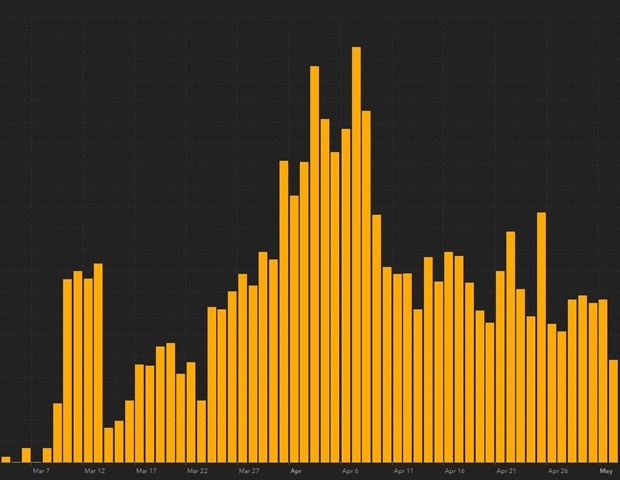 Outside of Asia, Denmark became the first nation to ease the forced social distancing norms or lockdown. Last week on Thursday, the officials declared that since the removal of the lockdown, there had been no rise in the number of COVID-19 cases. Their easing of the lockdown rules has been gradual, say the officials, and this process began in mid-April. There have been 9,721 reported cases and 484 deaths due to COVID-19 to date. The number of cases has also declined since 7th April.

The process of easing lockdown rules

With the COVID pandemic affecting almost all nations across the world, there have been forced lockdowns that make it imperative for people to stay indoors and not step out unless absolutely necessary. All forms of public gatherings, parks, malls, cinema halls, concerts, etc. have been closed. Essential services, including medicine supply, health care, cleaning services, and food and essential product delivery services, remain open. All schools, daycare services, and many offices are also closed with people working from their homes. 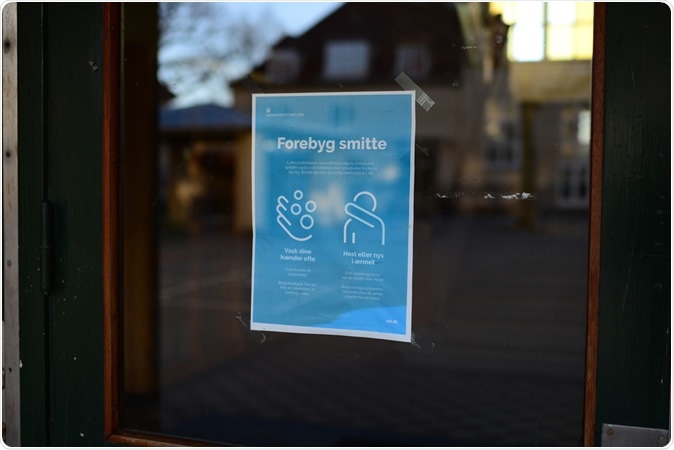 In Denmark, on 20th April, daycare centers and primary schools for children between grades one to five were opened. Small standalone businesses and salons were also opened gradually.

This decision was taken after a steady decline in the number of new cases across the country. There was also a steady decline in the number of deaths in Denmark over the past couple of weeks. The State Serum Institute that is overseeing the management of the pandemic in the country said in a statement, “There are no signs that the COVID-19 epidemic is accelerating.” The officials explained that the R rate (average number of infections caused by one infected person) has risen after easing the lockdown but is still below the safe limit of 1.0. The officials say that they needed the R rate to be below 1.0 before they started easing the lockdown enforcement. This policy was being followed by other countries as well. In Germany, after easing lockdown last week led to R rate climbing over 1.0.

Christian Wejse, a scientist at the department of infectious diseases at Aarhus University, said in a statement to the Reuters, “There are no signs what so ever that the partial reopening has caused a bigger spread of infection. At least there is no indication that we are heading into another wave. That has been the concern, but I can’t see that at all.”

Denmark’s Prime Minister Mette Frederiksen also announced last Wednesday that the spread of the virus was brought under control, and the nation and its businesses would be reopened gradually by 10th May. Wejse added, “We are by no means home safe, but we have a really good starting point now to get the number of infected further down.”

The Czech Republic also has eased lockdown rules and has seen no rise in the number of cases. Czech health minister Adam Vojtěch said that there had been less than 100 new cases over the last eight days, and thus they were looking at the gradual reopening of services and small businesses. Vojtěch said, “So far we do not see a negative trend resulting from previous relaxations. We will proceed with caution, gradually in the upcoming waves, and I believe we are on a good path.”

Germany has partially lifted restrictions after their R rate climbed on easing lockdown. Last week Thursday, Germany was contemplating reopening of museums, parks, gardens, zoos, monuments, and places of worship over the coming days. Chancellor, Angela Merkel, would meet with 16 federal heads to decide on the next course of action. Germany, at present, is withholding reopening of schools and kindergartens up to at least 10th May. Merkel also said that reopening restaurants and cafes could be difficult. She added that the aim was to reduce the spread of the virus. She said, “We don’t have any medication, we don’t have any vaccine against the virus and … therefore, the goal will always be to slow down the virus.” After easing the restrictions, there was a rise in the number of cases that forced the administrators to rethink their decisions.

South Korea has also reported not new cases and on the way to lift the lockdown. The WHO has still warned nations against lifting all restrictions. Most nations of the European Union (EU) have been trying to balance the burden of the disease on healthcare as well as the burden of the lockdown on the economies. The countries are also wary of the second wave of infections that could be deadly.

Hans Kluge, regional director of the World Health Organization in Europe, said that of the 44 countries in Europe, 21 have already begun easing the restrictions on their lockdowns, and 11 are on the way to relaxing their restrictions as well. He warned, As I have said before, this virus is unforgiving. We must remain vigilant, persevere, and be patient – and ready to ramp up measures again as and when needed.”

Southeast Asia Leadership Program Overview with Dr. Ajay Singh
UNH researchers receive $1.8 million to study the effectiveness of child trafficking prevention program
Meta-analysis reviews the incidence of new-onset diabetes in COVID-19 survivors
Heart-smart cranberry apple crisp recipe for the holidays
What to do with all of those Thanksgiving leftovers