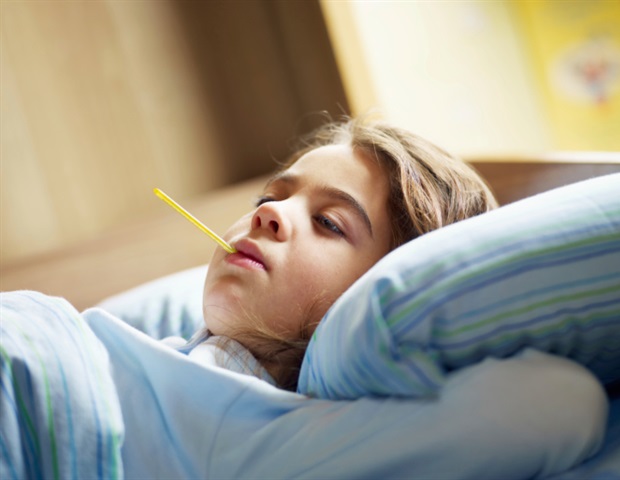 Our study provides the first national estimates of hesitancy about routine childhood and influenza vaccination among representative samples of U.S. parents of children, using a scale specifically developed and validated to assess vaccine hesitancy internationally.”

Kempe is also a director of ACCORDS which brings together investigators from across CU Anschutz Medical Campus to conduct research for real world impact.

The study was published today in the journal Pediatrics.

The researchers found those with less than a bachelor’s degree more skeptical of vaccinations. Race and ethnicity didn’t play a major role in these attitudes but Latino parents were less hesitant than white, non-Latino parents about getting vaccinated against influenza.

“The fact that one in eight parents are still concerned about vaccine safety for both childhood and influenza vaccinations is discouraging,” said Kempe who practices at Children’s Hospital Colorado. “But what is driving the hesitancy about the influenza vaccine is primarily doubts about its effectiveness.”

In fact, the vaccine is not 100% effective in preventing influenza but, even in a year where there is not a good match between circulating strains and the vaccine, Kempe said it lessens the severity of the illness which kills between 10,000 and 60,000 Americans annually.

Last year, the World Health Organization (WHO) designated vaccine hesitancy as one of the ten leading threats to global health. In many countries, including the U.S., hesitancy about childhood vaccines has contributed to lower rates of childhood vaccination, with associated outbreaks of vaccine-preventable diseases, including pertussis, mumps and measles.

“That means in any given year more than 40% of children are not vaccinated against influenza,” Kempe said. “We have already seen outbreaks of preventable diseases like measles and mumps. Low vaccination rates among children for influenza vaccine makes influenza seasons more severe for all portions of the population, since children are a major conduit of the disease to vulnerable parts of the population such as the elderly.”

In addressing parents who are already hesitant about vaccines, the study suggests focusing on changing behavior rather than directly countering beliefs or attitudes.

Examples of this would include:

“There is evidence that communication techniques such as motivational interviewing can be helpful in convincing some hesitant parents to vaccinate in the primary care setting,” the study said. “The use of social media interventions, some of which involve trained parents as advocates for vaccination within their own communities, has shown some effectiveness in overcoming hesitancy.”

Kempe said the best way to counter hesitancy may be to prevent it from developing by starting conversations about vaccines before a baby is born.

“Ideally, we’d like to immunize parents against all the misinformation that is out there,” she said.

Emotional consent to vent: 5 things to consider before offloading to friends
‘An Unreasonable Amount of Work That’s Expected to Be Done’: What We Heard This Week
How serendipity sent this oncologist in search of a cure for cancer
COVID-19 Headaches: When To See The Doctor?
New US monkeypox vaccine strategy could be huge boost for supply, but much is unknown