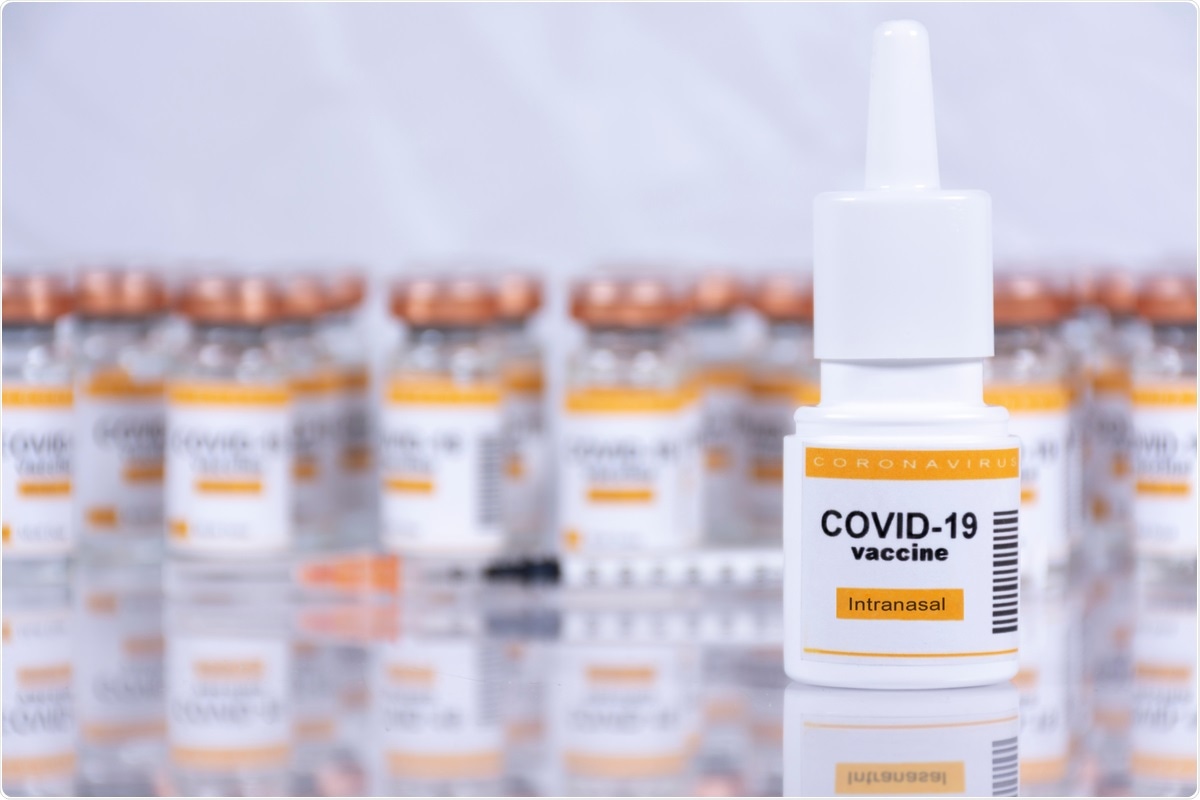 A team of scientists from the Washington University School of Medicine and the University of Texas Medical Branch, USA, has recently evaluated the durability and robustness of an adenovirus-vectored, spike-based intranasal coronavirus disease 2019 (COVID-19) vaccine in mice.

Their analyses reveal that a single dose of the vaccine is capable of inducing both neutralizing and binding antibodies against severe acute respiratory syndrome coronavirus 2 (SARS-CoV-2) and its variants for a prolonged time period.

A detailed description of the vaccine is currently available on the bioRxiv* preprint server.

As of May 11, 2021, there have been 159 million confirmed cases of COVID-19, including 3.3 million deaths. With the aim of controlling viral transmission, many potential vaccines have been developed and rolled out at record speed. The majority of currently available COVID-19 vaccines contain SARS-CoV-2 spike protein as an immunogen and are based on plasmid DNA, mRNA, viral vector, inactivated virus, or protein subunit. These vaccines are primarily administered via intramuscular injection.

Although most of the COVID-19 vaccines have shown good efficacy and safety levels in both clinical trials and real-world pandemic situations, their effectiveness in diminishing upper respiratory tract infection and preventing person-to-person viral transmission remains largely uncertain. In this context, clinical studies have shown that despite inducing strong systemic antibody responses, intramuscularly administered vaccines are less effective in inducing IgA and IgG-specific anti-spike antibodies in the respiratory mucosa.

In the current study, the scientists have investigated the dose-response, durability, and cross-protective efficacy of an intranasally administered adenovirus-based COVID-19 vaccine (ChAd-SARS-CoV-2-S) containing a prefusion-stabilized spike protein as a vaccine antigen.

Previous studies on human angiotensin-converting enzyme 2 (ACE2)-expressing transgenic mice, hamsters, and non-human primates have shown that this vaccine is capable of inducing strong antibody-mediated, cell-mediated, and mucosal immune responses. The vaccine is currently under investigation in human clinal trials.

For the study purpose, mice were administered with different doses of the vaccine via the intramuscular or intranasal route. Afterward, the mice were intranasally infected with SARS-CoV-2 or its variants. For various virological assays, the serum and tissue samples were collected from vaccinated mice.

The measurement of serum anti-spike and anti-receptor binding domain (RBD) antibody titers by ELISA revealed that a single dose of intranasally injected vaccine induces significantly higher IgG-specific binding antibodies than intramuscularly injected vaccine after 100 and 200 days of vaccination. In contrast to intramuscularly immunized mice that did not exhibit IgA-specific immunity, significantly higher titers of IgA-specific binding antibodies were observed in mice immunized intranasally. These findings indicate that an intranasal route of vaccine administration is superior to the intramuscular route in inducing strong and long-lasting IgG- and IgA-specific anti-SARS-CoV-2 antibody responses in serum.

Alike binding antibodies, at both 100-day and 200-day post-vaccination time points, significantly higher titers of SARS-CoV-2 neutralizing antibodies were detected in mice immunized intranasally compared to that in intramuscularly-immunized mice.

The serum samples collected from mice after 6 weeks and 9 months of intranasal vaccination showed high levels of binding and neutralizing antibodies against wildtype SARS-CoV-2. However, a 3-fold to 8-fold reduction in neutralizing ability was observed against SARS-CoV-2 variants.

Importantly, in mice infected with wildtype virus or SARS-CoV-2 variants after 9 months of intranasal vaccination, significantly lower levels of viral RNA were observed in the upper and lower respiratory tracts, heart, and brain.

Taken together, the study findings reveal that intranasal administration of ChAd-SARS-CoV-2-S vaccine can induce a strong and long-lasting antibody response against wildtype SARS-CoV-2 and its variants in a dose-dependent manner. The study also highlights the advantages of intranasal vaccination over intramuscular vaccination.

AP-NORC Poll: Many Americans Resuming Pre-Virus Activities
Nicki Williams: We need to talk about hormones
How to talk to children about disability
Tips for creating positive change
Diabetic Gastroparesis-Mayo Clinic