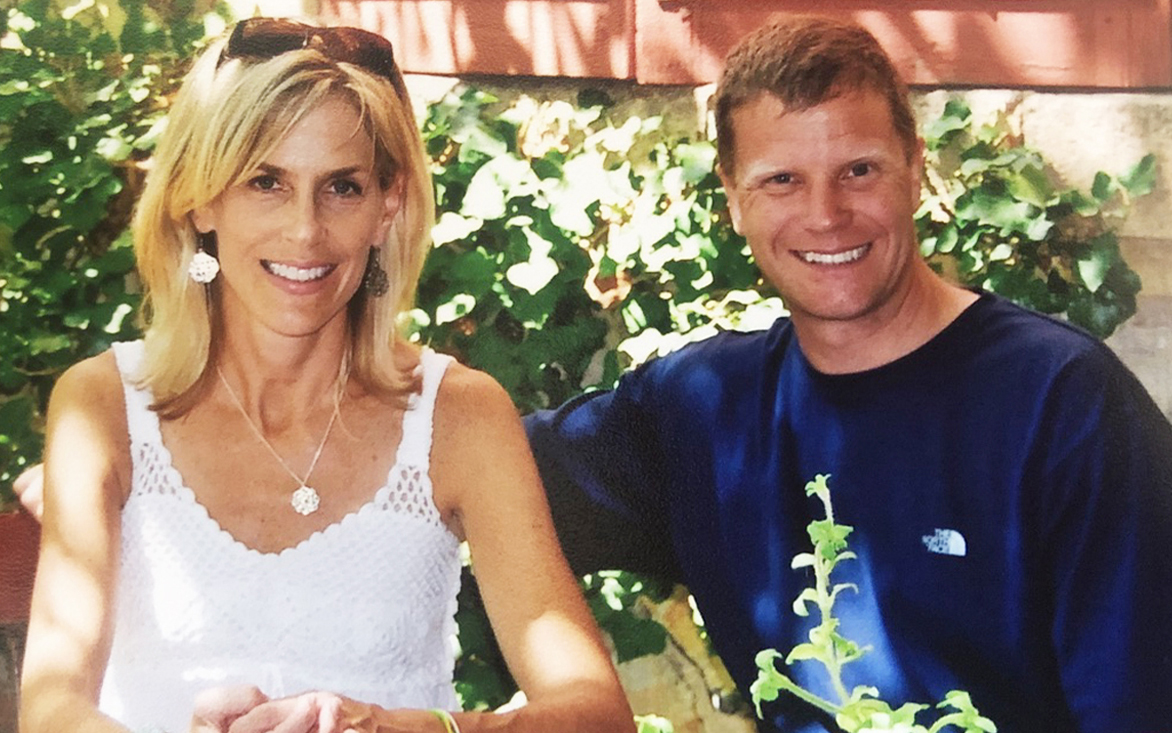 This content originally appeared on Beyond Type 1. Republished with permission.

“You have to fly home now!” was all I could say before bursting into uncontrollable sobs. “Austin has diabetes.”

My worst nightmare had come true — my 5-year-old son was just diagnosed with the same disease that claimed my brother’s life when he was eight years old and has afflicted my sister since she was sixteen. We had been in New Jersey that weekend celebrating my mother’s birthday when my suspicions began to mount, but I kept them to myself. On Sunday afternoon I drove our three children home to Connecticut, while my husband flew to Florida for a business trip.

By Monday afternoon I could contain my suspicions no longer. I purchased a urine test kit at the pharmacy and made the diagnosis myself, in the first-floor powder room of my Connecticut home. Urine testing for diabetes wasn’t new to me — because of my family history, I had done hundreds of tests over the years, both as a child and later, as an expectant mother.

The nurse shepherded my son and me into the pediatrician’s office while my other two children waited in the waiting room. She attempted to allay my fears with comforting words, but I knew. And the meter knew. We had entered a new reality.

“You caught it early, his blood sugar is only 387, no ketones, no need for hospitalization. Here’s the address of an endocrinologist, you have an appointment tomorrow.” The doctor’s words rang out in muffled tones, as if through a tunnel. No insulin? No hospitalization? The irregularity of what he was proposing didn’t feel right, but nothing felt right about this so I tried to suppress my fears for my son’s safety.

Once home, I settled the children and called my husband. Never before had I asked him to return from a business trip. Being strong was always important to me, but I knew I didn’t want to muscle through this alone. I barely slept that first night knowing my brother didn’t survive his T1D diagnosis. Pulling Austin into bed with me, I watched over him like a mama hawk until moonlight gave way to the break of dawn.

Austin and I saw the endocrinologist the following morning before my husband could get home from Florida. The doctor was a kind man who tried his best to assuage my worry and Austin’s fears about diabetes. Austin received his first shot of long-acting insulin and I found I could breathe again. We were to return two more times that week — with my husband — to check on Austin’s dosing and so we could be educated and trained. Austin still wasn’t given any fast-acting insulin, so we were told to keep his carbs to a minimum.

“The prescribing and monitoring of Austin’s fast-acting insulin will be up to his new doctor,” the endocrinologist told me.

Did I neglect to say that we were moving to Philadelphia less than a week after Austin’s diagnosis?

Two weeks after my son’s diagnosis, he finally received his first dose of Novolog. I had yet to learn about sliding scales and insulin-to-carb ratios, glucose tabs, and glucagon. It was time to play catch-up and learn all we should have been taught in those earliest days of diagnosis, when the world is still frozen in time and parents push pause to get themselves up to speed.

Graduation had come and we were caught not having gone to class.

Thankfully I at least had some familiarity with diabetes from my sister, but that’s not the same as managing it yourself. And so, I spent every day reading and researching, in hopes of better understanding my son’s disease. And my husband spent every day at the office.

I’m sure the doctors in Connecticut thought they were offering us a gift in not hospitalizing our son, but they unwittingly deprived us of the space to pause amidst the crisis and learn. With no real diabetes education under our belts, we eventually returned to our established routines — I took care of the children while my husband went off to work.

Even if offered the best diabetes education at the time of diagnosis, unhealthy patterns in the caregiving couple’s relationship can unintentionally be established very early on. It’s important to step back and take inventory from time to time to evaluate where we are and where we’d like to be. Often there’s a great chasm separating those two spaces.

To undo some of the unhealthy patterns we’ve fallen into requires us to take the time to reset our expectations. We begin by nurturing a relationship built on open communication so each partner feels safe in sharing what they’re observing. Setting aside time for occasional check-ins to see what might need resetting is the best way to change unhealthy patterns before they get too well established.

When we’re engaging in a reset conversation, we have to give an honest and open look at our respective roles and responsibilities. Some of these can’t easily be changed because of work or family constraints. Others have been artificially created if an asymmetry has developed in the relationship. Openly sharing our feelings of abandonment and judgment from our partner is critical to moving forward. One partner likely needs to be willing to accept help, while the other must be willing to participate more.

Above all, when seeking to reset our unhealthy patterns, offering respect to one another is paramount. Respect is the opposite of resentment. Resentment breeds in the gap between our expectation of our partner’s actions and the reality of how s/he chooses to act. We provide fertile soil for resentment to grow when we refuse to allow our partner’s responses to be different from our own. But, when we stop asking the question, who’s right and who’s wrong, we begin to operate out of respect.

Parents are the heart of any family. It’s worth spending a little extra time to take inventory and evaluate what might need a reset. And you may just rekindle a little love along the way!