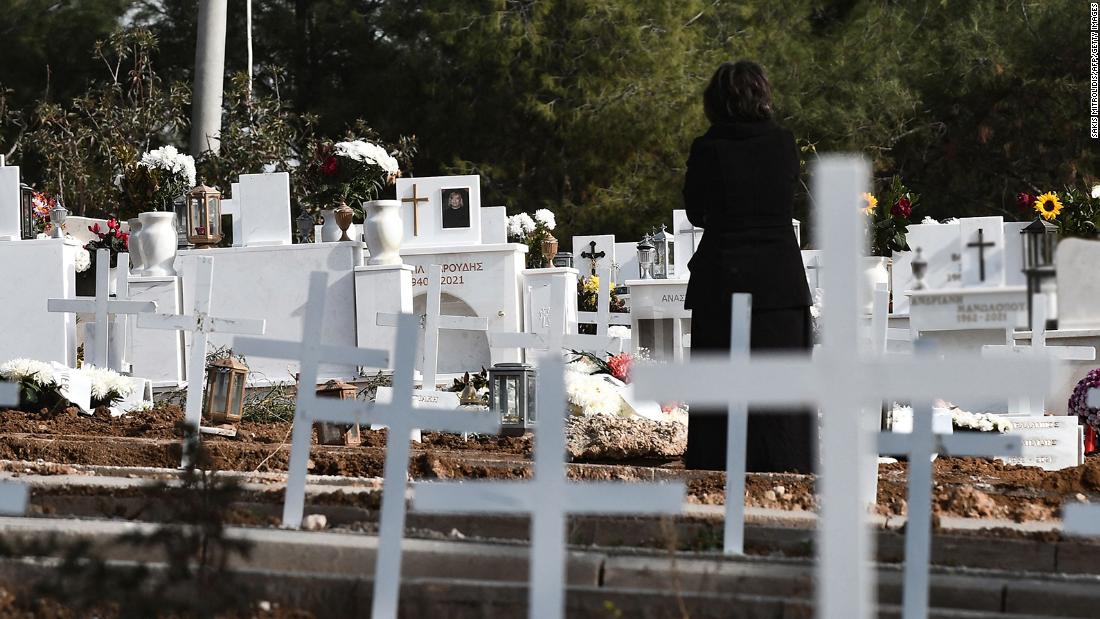 Health, Fitness & Food
Share on Facebook
Share on Twitter
Share on Pinterest
Share on LinkedIn
There were 5.4 million Covid-19 deaths reported to WHO during that timeframe, resulting in an excess mortality estimate of 9.5 million more deaths than what was reported.
“Excess mortality is the difference between the number of deaths that have been recorded and those that would be expected in the absence of the pandemic,” said Samira Asma, assistant director-general for the Data, Analytics and Delivery for Impact Division of WHO.
The 14.9 million deaths include “deaths directly attributed to Covid-19 that were reported to WHO, deaths directly attributed to Covid-19 that were not counted or reported … deaths indirectly associated with the pandemic due to the wider impact on health systems and society,” Asma explained. The figure also subtracts any deaths that were avoided due to changes in social behaviors, such as fewer fatalities from car wrecks because of lockdowns or travel restrictions.
The estimated range of excess deaths was 13.3 million to 16.6 million over the 24-month period, according to the methodology used in the WHO report.
In the United States, the number of excess deaths was 932,458 by December 31, 2021, according to WHO. The estimated number of deaths ranges from 886,917 to 978,225.
That’s about 100,000 more people than the 824,338 deaths the United States reported on December 31, 2021, according to data from Johns Hopkins University.
“Knowing how many people died due to the pandemic will help us to be better prepared for the next,” Asma said at a news conference Thursday, adding, “We need to honor the lives tragically cut short, lives we lost, and we must hold ourselves and our policymakers accountable.”
The metrics paint a fuller picture of the extent of the pandemic and can be used to guide and implement public health policies, according to Asma.
“When we underestimate, we may underinvest. And when we undercount, we may miss targeting the interventions where they are needed most, and this also deepens inequalities,” she said.
William Msemburi, technical officer with WHO’s Department of Data and Analytics, said that about 57% of the excess deaths were in men, and 82% were in people above the age of 60.
Nearly 70% of the excess deaths were concentrated in 10 countries, Msemburi said, listing them alphabetically: Brazil, Egypt, India, Indonesia, Mexico, Peru, Russia, South Africa, Turkey and the United States.
The Indian government Thursday raised multiple objections on the “validity and robustness” of the mathematical models used by WHO to calculate a new estimate of the Covid-19 death toll in India.
India reported 481,000 Covid-19 deaths over the 24-month period — but WHO’s methodology shows that there were nearly 10 times as many, estimating 4.74 million excess deaths, with a range of 3.3 million to 6.5 million excess deaths.
“Throughout the process of dialogue, engagement and communication with WHO, WHO has projected different excess mortality figures for India citing multiple models, which itself raises questions on the validity and robustness of the models used … A modeling approach which provides mortality estimates on the basis of another estimate, while totally disregarding the actual data available within the Country exhibits lack of academic rigour,” read a statement released by the Indian Ministry of Health and Family Welfare.
India has repeatedly dismissed reports of excess death or underreported Covid-19 deaths since the start of the pandemic, especially during its devastating second wave in 2021.
According to the health ministry Thursday, the total number of Covid-19 cases recorded since the start of the pandemic stands at 43 million, with 523,975 deaths.
At a briefing Wednesday, Asma said WHO will continue to engage with India to come to a “mutual consensus with regard to the different estimates” in the data.
Somnath Chatterji, senior adviser with the Department of Data and Analytics, emphasized the importance of the excess mortality numbers in WHO’s report.
“These are not numbers for the sake of numbers,” Chatterji said, noting that in addition to the number of deaths directly attributable to Covid-19, the data “estimate the collateral damage that has happened because of Covid, because of disruptions in health services.”
“So if these numbers were to be tracked in a timely manner, then actually, governments would have been able to drive interventions to the right people at the right time at the right place, right? Which has clearly not happened, and which is why we are seeing these excess deaths,” he said.
“These sobering data not only point to the impact of the pandemic but also to the need for all countries to invest in more resilient health systems that can sustain essential health services during crises, including stronger health information systems,” WHO Director-General Tedros Adhanom Ghebreyesus said in a news release. “WHO is committed to working with all countries to strengthen their health information systems to generate better data for better decisions and better outcomes.”

CNN’s Swati Gupta and Virginia Langmaid contributed to this report.