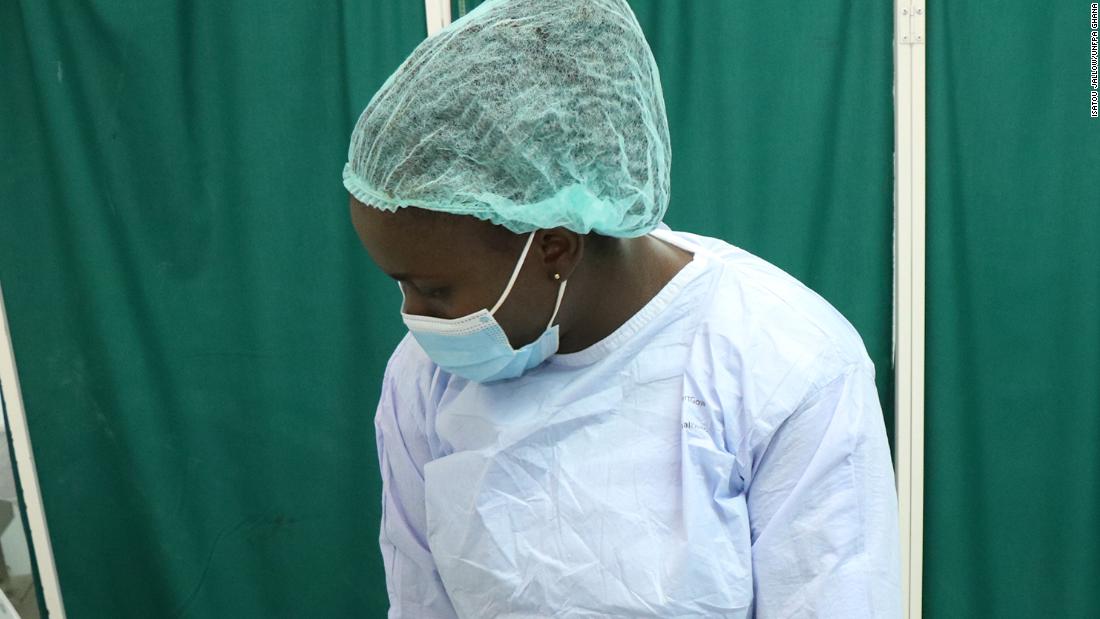 Health, Fitness & Food
Share on Facebook
Share on Twitter
Share on Pinterest
Share on LinkedIn
In 17 states, the numbers are holding steady, according to an analysis of data from Johns Hopkins University. And in nine states, the numbers of new cases are still rising.
Track your state’s cases here
But that doesn’t mean it’s time to celebrate and take off face masks in public.
As states remove more stay-at-home restrictions, it will take weeks to learn the health effects.
A poll shows most Americans aren’t yet ready to return to their regular routines.
And a new study reveals the virus can be spread just by talking, with airborne particles lingering for eight minutes.
As of Thursday, more than 1.4 million people in the US have been infected with the coronavirus, and more than 85,000 have died, according to Johns Hopkins.

‘The virus is still spreading everywhere’

Rick Bright, senior advisor with the National Institutes of Health, warned there’s still not enough testing capability in the US.
“The virus is still spreading everywhere,” Bright told the House Energy and Commerce Committee hearing on Thursday.
Bright was ousted last month as director of the Biomedical Advanced Research and Development Authority, a government agency that procures vaccines for the national stockpile.
Bright claims his ouster was retaliation for his criticism of the Trump administration’s handling of the pandemic, including Trump’s touting of the drug hydroxychloroquine.
“There were some attempts to bypass that rigorous vetting process that caused me great concern,” Bright testified.
But Health and Human Services Secretary Alex Azar slammed Bright’s claims, saying he “literally signed” the application for FDA authorization of hydroxychloroquine.
Yet another study shows hydroxychloroquine doesn’t work against Covid-19

The US Centers for Disease Control and Prevention on Thursday released six so-called “decision trees,” aimed at helping workplaces, communities, schools, day cares, camps and mass transit decide when it’s safe to reopen.
Documents posted to the CDC’s website provide step-by-step guidance. For example, employers are advised to encourage social distancing, handwashing and intensified cleaning.
“The purpose of this tool is to assist employers in making (re)opening decisions during the COVID-19 pandemic, especially to protect vulnerable workers,” one reads. “It is important to check with state and local health officials and other partners to determine the most appropriate actions while adjusting to meet the unique needs and circumstances of the local community.”
The decision trees are very similar, with small adjustments to account for the differences between schools, for instance, and restaurants.

By Friday, at least 48 states will be partially reopened.
Wisconsin is among the latest after the state Supreme Court struck down the governor’s stay-at-home order Wednesday, calling it “unlawful” and “unenforceable.”
It was a victory for Republican state lawmakers, who said Democratic Gov. Tony Evers’ administration overstepped its authority when it extended the order to May 26. Those lawmakers said the order would hurt companies and cost residents their jobs.
Less than an hour after the court’s decision, some revelers celebrated by going to bars. Many ignored health officials’ guidance to stay 6 feet away from each other.
“First thought, we flipped it right into the parking lot,” Matt Griffin, a customer at The Buzzard’s Nest in West Allis, a Milwaukee suburb, told CNN affiliate WTMJ. “And yeah, we’ve got to get in and have a first drink.”
Not everyone was comfortable opening. The majority owner of the Milwaukee LGBTQ+ bar This is It! told CNN that while he wants to open, he also wants to keep customers and staff safe.
“The Wisconsin Supreme Court may be a legal authority, but is not a public health authority,” George Schneider said. “You wouldn’t take medical advice from a butcher, right? You’d go to your doctor.”

Some state officials have taken steps toward allowing some typical summer activities in the coming weeks.
Rhode Island Gov. Gina Raimondo announced her state would allow summer and youth camps to operate in-person beginning June 29, with strict hygiene and social distancing guidelines, such as keeping children in small groups of 10.
While this is just a goal and subject to change, Raimondo said she believed opening camps was important for kids’ “mental and emotional and intellectual development and health.”
Similarly, Connecticut officials aim to reopen summer camps on June 29 and open summer schools in July, Gov. Ned Lamont has said.
New Mexico Gov. Michelle Lujan Grisham said Wednesday that youth summer programs would be allowed with restrictions, such as daily temperature checks, a limited 5:1 child to adult ratio and maintaining 6 feet of distance.
Meantime, New Jersey Gov. Phil Murphy said beaches will be open by Memorial Day weekend, with capacity restrictions and social distancing. Organized sports, beachfront summer camps and other events that draw people to the beach will remain prohibited.

Doctors across the country are being warned by the CDC about a troubling new syndrome that seems to be affecting children after they were infected with coronavirus.
Hospitals and clinics in at least 18 states have reported cases of multisystem inflammatory syndrome in children. At least 150 children are under investigation, most of them in New York.
“There is limited information currently available about risk factors, pathogenesis, clinical course, and treatment for MIS-C,” the agency said. “CDC is requesting healthcare providers report suspected cases to public health authorities to better characterize this newly recognized condition in the pediatric population.”
Some children have been affected by the virus while battling Covid-19 or after healing, but experts can’t say with complete confidence that both conditions are linked, Dr. Jake Kleinmahon, a pediatric cardiologist at Ochsner Hospital for Children in New Orleans, who has treated at least one case of the syndrome, told CNN.
But reports from Europe and from several cities in the US show a link, health experts say.
Symptoms include persistent fever, inflammation and poor function in organs such as the kidneys or heart. Children might also have blood vessel inflammation, such as red eyes, a bright red tongue and cracked lips.
The condition has been described as similar to Kawasaki disease — another inflammatory disease most commonly diagnosed in children — and toxic shock syndrome.

A new study reveals talking releases small respiratory droplets that linger in the air for at least eight minutes, potentially explaining why the coronavirus spreads faster in confined spaces.
Talking loudly for one minute in a confined space could generate at least 1,000 speech droplets containing Covid-19 particles, according to an estimate by researchers at the National Institutes of Health and the University of Pennsylvania.
“These observations confirm that there is a substantial probability that normal speaking causes airborne virus transmission in confined environments,” the study says.