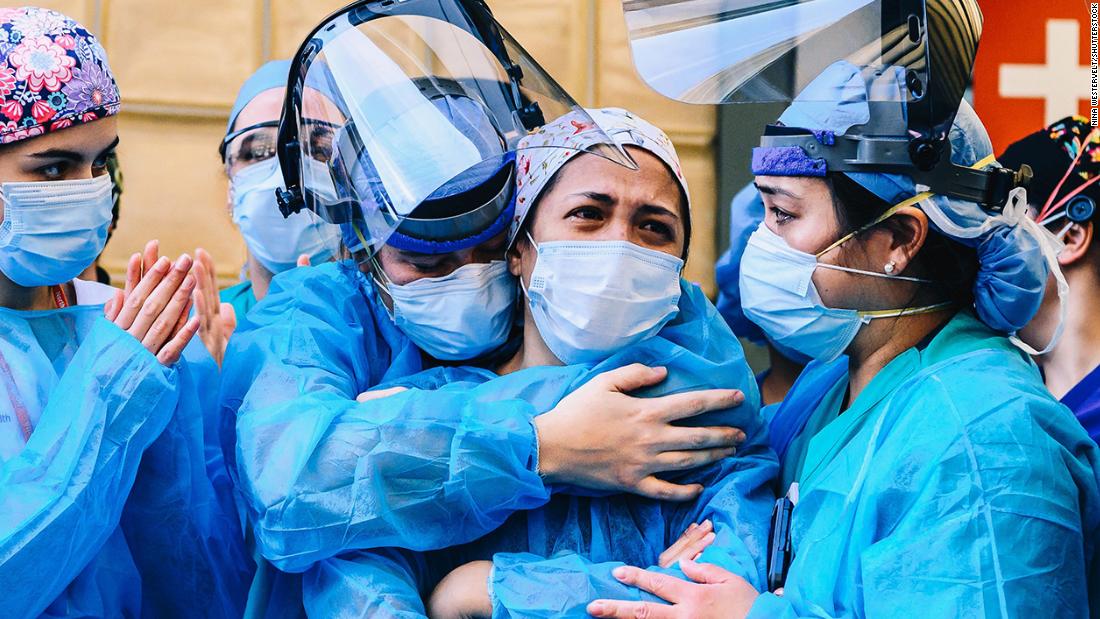 Health, Fitness & Food
Share on Facebook
Share on Twitter
Share on Pinterest
Share on LinkedIn
But pandemic experts say reopening the country is a “big mistake.”
“You’re making a big mistake. It’s going to cost lives,” Dr. Irwin Redlener, a pediatrician and disaster preparedness specialist at Columbia University Medical Center, told CNN on Friday.
Redlener and Joseph Fair, a senior fellow in pandemic policy at Texas A&M University, sent a report to all governors on Friday, warning them that no state or city should reduce restrictions until coronavirus infections have been steadily decreasing for 10 days to two weeks, and not until enough tests are available to assess just how many people really are infected.
Redlener’s warning comes as more than 30 states are easing social distancing restrictions this weekend. The changes ranged from opening state parks to allowing some businesses to restart.
States are knowingly reopening against the advice of medical experts and are making “a judgment call … that there’s an acceptable level of risk and harm because of need or desire to open up,” CNN national security analyst Juliette Kayyem said Friday.
“There will be more dead people. Just say it,” Kayyem told CNN’s “New Day.” “It’s an experiment we’re living in real time.”
Covid-19 has killed more than 64,000 people in the United States and infected more than 1 million nationwide, according to Johns Hopkins University.
Dr. Anthony Fauci, director of the National Institutes of Allergy and Infectious Diseases, said some states are “leapfrogging” federal guidelines, which include a decrease in cases over a 14-day period and a return to pre-crisis conditions in hospitals.
“And, I mean, obviously you could get away with that, but you are making a really significant risk,” Fauci said during CNN’s town hall on coronavirus Thursday night.
This is where each state stands on reopening

A city in New Mexico bordering the Navajo Nation has been placed under lockdown after the spread of the virus has been “frightful,” Gov. Michelle Lujan Grisham said.
All roads to Gallup have been closed, businesses must close between 5 p.m. and 8 a.m. and vehicles can only carry two individuals, according to the governor’s order. The governor is recommending that residents remain at home except for emergency outings and those essential for health and safety.
“The spread of this virus in McKinley County is frightful,” Lujan Grisham said. “And it shows that physical distancing has not occurred and is not occurring. The virus is running amok there. It must be stopped, and stricter measures are necessary.”
Navajo Nation President Jonathan Nez said he supports the decision as many members reside in Gallup and travel in the area.
Meanwhile in California, thousands of people gathered in Huntington Beach to protest the governor’s order to close all beaches and parks in Orange County.
The protests took place on the same day that local health officials announced the highest increase in new cases since the outbreak began.

Remdesivir became the first approved treatment for patients with severe cases of Covid-19 in the US on Friday.
The US Food and Drug Administration issued the emergency approval, which is a lower regulatory bar than full FDA approval, saying the benefits of the drug outweigh its risks in patients.
Denise Hinton, the FDA’s chief scientist, said in the authorization letter that there is “no adequate, approved, and available alternative to the emergency use of remdesivir for the treatment of COVID-19.”
While the optimal dosing is still unknown, Gilead Sciences, the drug’s manufacturer, recommends that patients on ventilators take the drug through an IV for 10 days and non-ventilator patients only five days.
The drug was approved just days after researchers said the drug might help patients recover more quickly from the infection.
Gilead CEO Daniel O’Day said Friday in an Oval Office event that the company will be working with the federal government “to make sure that we get that to the patients in need as quickly as possible.”
Earlier on Friday, O’Day said in an interview on NBC’s “Today” show that researchers are examining whether the drug could be delivered as a subcutaneous injection or orally.
That would be “with the intention that maybe we can treat patients earlier — earlier in the hospital setting and perhaps even outside of the hospital setting,” O’Day said.

States are easing and imposing restrictions

The approaches by state governors to reopening have differed significantly. Some are easing coronavirus restrictions while others are imposing new ones or extending those already in place.
Here are some of the measures states have taken:
• New York, like many other states, will keep school buildings closed through the rest of the academic year — though remote instruction will continue, Gov. Andrew Cuomo said Friday.
• Georgia’s general shelter-in place order expired Friday, though “medically fragile and elderly” people are to remain at home through June 12. Some businesses were allowed to reopen in the last few days, and they’re required to observe strict social distancing measures until at least May 13.
• Ohio’s stay-at-home order goes until May 29, but certain businesses are expected to reopen in phases through the month. Starting Friday, previously restricted outpatient health procedures can move forward, and dentist and veterinarian offices can reopen. On Monday, manufacturing, distribution and construction companies and general offices may reopen with certain health guidelines.
• Some states are easing less. New Jersey opens state and county parks and golf courses Saturday, and Virginia is allowing elective surgeries and dental procedures to resume Friday. But both states are expected to keep general stay-at-home orders for weeks.

International travel and a lack of testing, among other factors, accelerated the spread of coronavirus in the early days of the US outbreak, a report released Friday by the US Centers for Disease Control and Prevention shows.
Dr. Anne Schuchat, the CDC’s principal deputy director, wrote that four major factors sped transmission of the virus in March.
While it’s impossible to quantify the contribution that each factor had in the outbreak, Schuchat says, recognizing them would help inform future responses as some regions scale back mitigation measures.

As states grapple with the most efficient way to reopen their economies, experts are warning that relief may not be coming any time soon.
Coronavirus will likely keep spreading for another 18 months to two years — until 60% to 70% of the world’s population has been infected, a team of pandemic experts predicted Thursday in a new report.
The United States should prepare for a worst-case scenario that includes a second big wave of coronavirus infections in the fall and winter, the report said. Even in a best-case scenario, people will continue to die from the virus.
“This thing’s not going to stop until it infects 60 to 70% of people,” said Michael Osterholm, who directs the Center for Infectious Disease Research and Policy at the University of Minnesota. “The idea that this is going to be done soon defies microbiology.”
Osterholm has written about pandemics for 20 years and served as an adviser to several presidents. He said it’ll take nearly two years for herd immunity to gradually develop among humans.
A vaccine could help, the report said, but isn’t expected quickly. “The course of the pandemic also could be influenced by a vaccine; however, a vaccine will likely not be available until at least sometime in 2021,” the report reads.