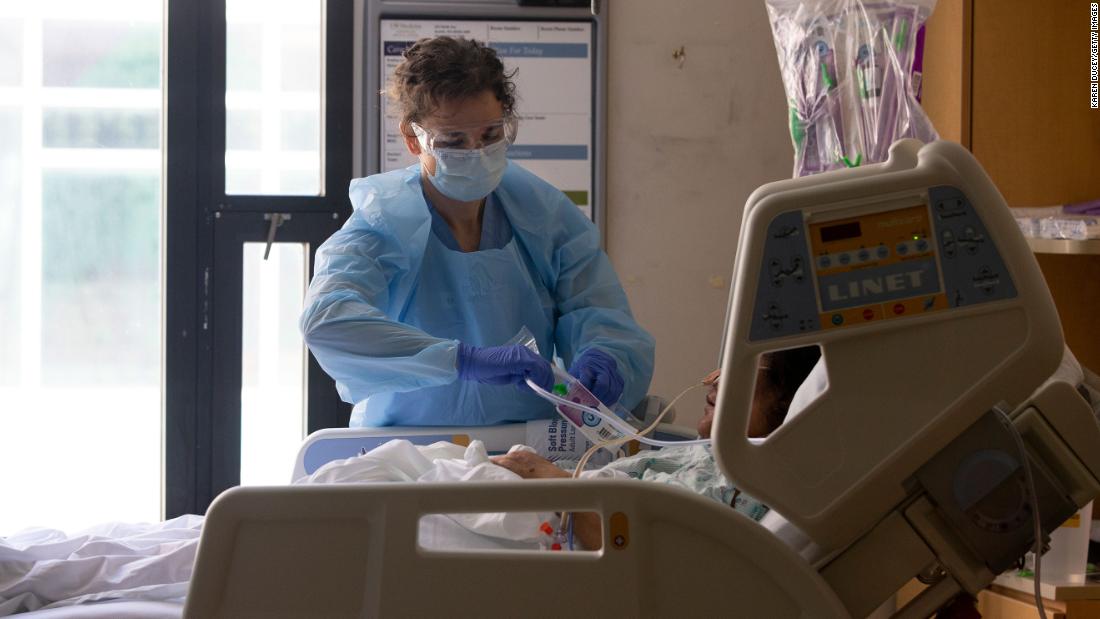 Health, Fitness & Food
Share on Facebook
Share on Twitter
Share on Pinterest
Share on LinkedIn
America marked that grim death toll Monday as almost every state has made plans to partially reopen some businesses, something critics fear might contribute to an increase in the daily reports of fatalities.
In New York, where there have been more than 26,000 deaths, coronavirus infection and hospitalization rates are down to where they were nearly two months ago, Gov. Andrew Cuomo said. In the past day, 488 coronavirus patients were admitted to hospitals, similar to the state total from March 19, and 161 people died over the past day, near the same level of deaths as on March 26.
“In many ways, we’re on the other side of the mountain,” he said on Monday.
As such, Cuomo said parts of upstate New York will be able to begin a phased reopening on Friday when the state’s shutdown order expires. He has said that regions can reopen in phases if they hit seven specific criteria, including 14-day declines in hospitalizations and deaths, hospital bed availability, testing capacity and contact tracing. New York City has hit just four of the seven metrics to reopen.
New York has been the epicenter of America’s coronavirus outbreak and has had more confirmed coronavirus deaths than all but a few countries. At the peak of the state’s outbreak, more than 750 people died every day from April 7 to April 11, and the decline since then has been “painfully slow,” Cuomo said last week.
Cuomo emphasized that the reopening will be done “intelligently” and contrasted his reopening plan with that of other states that are reopening despite not hitting the CDC’s guidelines to do so.
According to Johns Hopkins, more than 1.3 million people in the United States have contracted coronavirus since the first reported cases in January.

States began setting reopening plans in late April — with governors in South Carolina and Georgia leading the way with some of the most aggressive plans — and by this week, nearly every state has begun relaxing restrictions. But not all.
Massachusetts Gov. Charlie Baker on Monday unveiled the stipulations of his state’s four-phase plan, with a target date for the first step on May 18 — if key data in the commonwealth continues a downward trend.
Other states have laid out phased reopenings despite not meeting federal guidelines, saying they have been guided by the advice of medical experts on their data.
And the public remains torn as well: A Pew Research Center poll showed nearly two-thirds of Americans said they were concerned about their state opening too early. But thousands of people across the country protested in recent weeks for their right to go back to work.
What might come after the reopenings won’t be apparent for weeks. One expert told CNN it will be at least two to three weeks before states may begin seeing increased infections.

The strange illness that could be linked to the virus

In New York, health officials are now looking at a mysterious illness that’s showing up in children they believe may be linked to the virus.
The condition, which doctors refer to as “pediatric multisystem inflammatory syndrome,” left dozens of New York children hospitalized, many of whom tested positive for the virus or had its antibodies, according to New York Gov. Andrew Cuomo.
On Sunday, the governor said state officials were investigating 85 cases, mostly toddlers and elementary school-aged children.
Many of the children had fever and symptoms similar to toxic shock syndrome and Kawasaki disease, which causes inflammation in the walls of blood vessels, including those that supply blood to the heart. In rare cases, it can lead to deadly limitations in blood flow.
Assistant Secretary of Health Adm. Brett Giroir, a pediatric ICU doctor, said Monday that a syndrome like this one has been seen in a novel coronavirus before.
“We know what the basic treatment is but this is a little bit different than we normally see,” he said, adding it was a small percentage of cases but “it is quite frightening.”
Similar cases have been reported internationally, including in the United Kingdom, Spain and Italy.
Though the coronavirus most severely affects elderly people with pre-existing conditions, the children’s cases suggest that no age group is immune and raises new questions about how to safely reopen schools in the fall.

A battle over coronavirus checkpoints

In South Dakota, a Native American community set up checkpoints along state and US highways in efforts to track the virus and stop it from spreading.
South Dakota Gov. Kristi Noem sent letters Friday to leaders of the Oglala Sioux and the Cheyenne River Sioux tribes demanding the checkpoints be taken down.
Noem said Monday the tribes were stopping essential traffic and first responders.
“We do have situations where people have tried to just travel through, not stop, and have been turned around,” Noem explained. “We do have people that have been going to these areas that have been involved in essential services that have not been allowed to go forward.”
The tribes have disputed such allegations to CNN.
The Cheyenne River Sioux Tribe is refusing to take them down.
“On behalf of our people we have to maintain them checkpoints and continue to do the things we’re doing, until it’s safe,” the tribe’s chairman, Harold Frazier, told CNN’s Sara Sidner.
Noem has said state might take the matter to federal court.
The 12,000 people who live on the 3,500-square mile reservation, Frazier said, rely on an eight-bed facility and have no intensive care unit (ICU). About 198 Native Americans in South Dakota have been infected with the virus, according to state data.