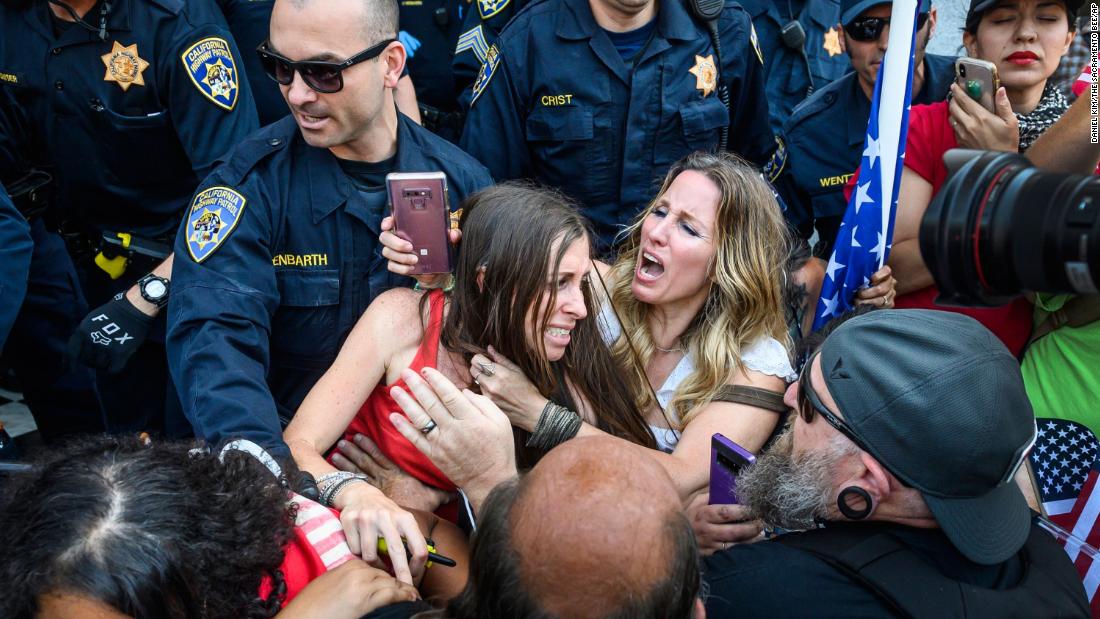 Health, Fitness & Food
Share on Facebook
Share on Twitter
Share on Pinterest
Share on LinkedIn
But as some states loosen or let go of their stay-at-home orders, researchers predict a higher death toll from coronavirus this summer than previously expected.
By Sunday, more than 1.1 million people in the US have been infected with coronavirus, and more than 66,000 have died, according to data from Johns Hopkins University.
States such as California have stood firm on their stay-at-home orders — and have been met with protests.
But more than 30 states have started easing some social distancing restrictions — ranging from simply opening state parks to allowing certain businesses to restart.
Some of those states let stay-at-home orders expire, with caveats restricting what businesses can open and how. Georgia, for example, still requires the elderly to stay home until June 12.
Other states and counties will ease restrictions this week. In Arkansas, gyms and fitness centers can reopen Monday, and hair salons can open Wednesday.
In Northern California’s Yuba and Sutter counties, restaurants, tattoo parlors and shopping malls will be allowed to open Monday.
Many offices in Colorado will also be allowed to open Monday, though they’ll be limited to 50% capacity.
Elsewhere, residents of New York City and Washington DC, many of whom appeared to be observing social distancing rules, are enjoying warmer weather in parks and open spaces this weekend.
Many Pennsylvania and New Jersey residents were able to take advantage of some state parks, forest facilities and golf courses for the first time this spring.
Can coronavirus travel by wind? Your top questions, answered

Just because some businesses are allowed to reopen doesn’t mean they are.
Texas Gov. Greg Abbott allowed retail stores, malls, restaurants and theaters to reopen Friday, but limited their occupancies to 25%. The state mandate supersedes all local orders.
But in the city of Dallas, some businesses have decided it “doesn’t make sense economically” to reopen with a 25% occupancy limit, Mayor Eric Johnson said Sunday.
“The math doesn’t work for them to do it profitably,” Johnson told CNN’s “State of the Union.”
While some customers are “putting their toe back in” to businesses, he said, others don’t want to come back yet.
“People aren’t pouring back into these restaurants and into movie theaters and malls … because they don’t feel like it’s safe to do so,” Johnson said.
In Georgia, retail stores were allowed to reopen Friday — but with distancing and sanitation rules.
Altar’d State, a women’s clothing store in Alpharetta, allowed only 10 people inside at a time — including employees.
Every article of clothing that a customer tried on but didn’t purchase was placed into a high-temperature steaming machine before being returned to racks.
Outside, retired nurse Kate Martin waited her turn to enter the store. She said she’d been eager to get out of her house for some fresh air — but she still had reservations about coming.
“I still think it might be a little too soon to come back out and be this close together. So, we’ll see,” she said. “Let’s hope the outcome is good.”

Some states haven’t met the White House’s recommended guidelines for reopening. Among the guidelines for “Opening Up America Again,” states shouldn’t start to reopen until they have a downward trajectory of documented cases in a 14-day period.
Now, some health experts say reopening too soon will backfire. A coronavirus projection model often cited by the White House increased its prediction for the US death toll by August, partially because of measures lifted prematurely.
And how deadly an “inevitable” second round of this virus will be depends on how prepared the US is, White House Coronavirus Task Force member Dr. Anthony Fauci said.
Fauci warned that lifting measures prematurely could lead to a rebound of the virus that could put the US in the “same boat that we were a few weeks ago.”

‘As a nation, we can’t go through this again’

Seven states have banded together to prevent a repeat of one of the biggest crises in this pandemic: the shortage of personal protective equipment, or PPE, for medical workers.
“It happened all across the country. You couldn’t get enough gowns. You couldn’t get enough masks,” New York Gov. Andrew Cuomo said Sunday.
He said states had to bid against each other with vendors, which drove up prices. “As a nation, we can’t go through this again,” Cuomo said.
So the governors of New York, New Jersey, Connecticut, Pennsylvania, Delaware, Rhode Island and Massachusetts announced a new coalition Sunday to support a regional supply chain that’s less dependent on foreign equipment.
“The goal of this approach is to decrease the potential for disruptions in the supply chain for PPE and medical equipment, including sanitizer and ventilators, and testing, and promote regional economic development,” said a statement from Cuomo’s office.

While Fauci and other doctors predict a second wave of coronavirus, there is hope the US will be armed with a new tool in that fight.
The US Food and Drug Administration approved the experimental drug remdesivir as treatment for hospitalized patients with severe coronavirus.
In an emergency-use authorization Friday, the agency said the benefits of using the drug outweighed the risks.
Remdesivir is the first authorized therapy for the virus in the country, FDA Commissioner Stephen Hahn said.
“This is an important clinical advance that showed a statistically significant reduction in time to recovery for patients with Covid-19 and is the first authorized therapy for Covid-19.” Hahn said.
The drug was approved just days after researchers said it might help patients recover more quickly from the infection.

What Mount Sinai’s Trachea Transplant Success Means for Patients in Need
What Happened With Preterm Birth During the Pandemic?
How to overcome fussy eating habits with hypnosis
BioFit Exclusive Offer – Buy Today From Only $49 Per Bottle!
FDA Approves First AI Device to Detect Colon Lesions