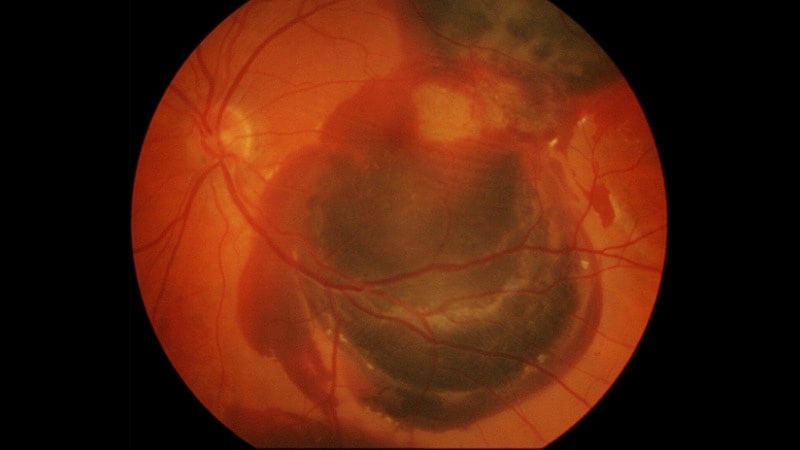 Two new artificial intelligence programs can predict which eyes are most likely to develop the most severe forms of age-related macular degeneration (AMD), according to their creators.

If validated with clinical trials, the programs could help clinicians identify the eyes they need to follow most closely so they can begin treatment promptly, or even prescribe prophylaxis. And they might be used to accelerate research.

“This is a great first step,” Michael Boland, MD, PhD, director of information technology at the Wilmer Eye Institute of the Johns Hopkins School of Medicine in Baltimore, Maryland, told Medscape Medical News. “This is the exact kind of task that the algorithms are likely to be good at.” Boland was not involved in either study.

The Age-Related Eye Disease Study (AREDS) formulation of antioxidants and vitamins can slow the progress of AMD in general, and early treatment with anti-vascular endothelial growth factor (VEGF) drugs is often effective in preserving vision in the wet form of the disease.

But prescribing the AREDS formulation for everyone would be expensive and potentially dangerous, and not enough retinal specialists and equipment are available to screen everyone’s eyes. It is time consuming even to closely monitor those eyes that meet the current criteria for follow-up.

The new programs tackle different aspects of these problems. Researchers at London, England, research institutes and the Google-affiliated DeepMind project focused on the fellow eyes of eyes already diagnosed with wet AMD. Jason Yim, from DeepMind; Reena Chopra, from DeepMind, NIHR Biomedical Research Centre at Moorfields Eye Hospital, and University College London (UCL) Institute of Ophthalmology, all in London; and colleagues report their findings in an article published online May 18 in Nature Medicine.

Many patients with wet AMD in one eye rely on clear vision in the fellow eye. Twenty percent of fellow eyes in turn develop the same condition, sharply limiting the daily activities of these patients, the researchers note. Treatment with anti-VEGF drugs is most effective if begun promptly after the wet AMD begins. But monitoring requires the use of optical coherence tomography (OCT), which is difficult to do frequently.

“Could we identify the fate of the good eye in a clinically actionable time frame?” wondered coauthor Pearse Keane, MD, MSc, an associate professor of ophthalmology and brain sciences at UCL.

To answer that question, the researchers turned to the hottest area of artificial intelligence: deep learning, in which computers simulate the neural networks of the human mind, searching for subtle but important patterns in datasets.

Keane, Chopra, and colleagues used a dataset of OCT scans conducted of 2795 patients at multiple times. They applied deep learning to train the computer in two ways.

First, they programmed the computer to identify anatomical features in the scans such as drusen volume, geographic atrophy, and hyper-reflective foci, and to look for correlations between these features at various stages and the development of wet AMD.

Second, they programmed the computer to look at raw data from the scans, identifying new patterns in the voxels that correlate to development of wet AMD.

Finally, they merged the results of these two processes into one program and tested whether it could predict conversion to wet AMD. The program could predict the conversion of most eyes, but it sometimes made mistakes. The researchers tested two settings: one calibrated to identify the largest proportion of the eyes that would convert within 6 months, the other calibrated to minimize the number of errors during that period.

To compare the computer’s performance with that of skilled human beings, the researchers used a subset of the data, randomly choosing at least one scan in the 6 months before conversion. They asked the system to identify which scans were from eyes that later converted to wet AMD. They then compared these results with those from six clinicians: three retina specialists and three optometrists trained in medical retina.

The system outperformed five of the clinicians and matched one (an optometrist). Even when they provided fundus images, previous OCT scans, and clinical information to the clinicians, the system was more accurate. (An F1 score of 0.38 for the computer and 0.23 – 0.33 for the humans.)

Before being used in the clinic, the system needs to be tested in a prospective trial, Keane told Medscape Medical News. And he acknowledged that there is no very effective prophylaxis against conversion to wet AMD, though some are under study. For the time being, the system might be most useful in identifying patients for such trials, he said. “We’re very excited about this, but we don’t want to overclaim about what we can do,” he said. “This is not something that can be used in patient care.”

Researchers in a separate study saw more immediate clinical application for their technology. Alauddin Bhuiyan, from iHealthScreen Inc, in New York City, and colleagues report their findings in an article published online in the April issue of Translational Vision Science & Technology .

Using deep learning, this international team trained their computer to classify the severity of color fundus photographs from 4139 participants in the study originally used to test the effectiveness of the AREDS formulation.

They combined these severity scores with sociodemographic clinical data and other imaging data. They then applied a logistic model tree learning technique, an artificial intelligence system that uses logistic regression rather than neural networks, to predict risk for progression to late AMD.

Rather than validating their system by testing it against human clinicians, the researchers tested it on a separate database from the Nutritional AMD Treatment-2 (NAT-2) study. On this data set, the system achieved a 2-year late AMD prediction accuracy of 84%.

The system could be used not only to identify patients with AMD requiring close monitoring, but also through telemedicine to screen millions of people who have not yet been diagnosed with the disease, Bhuiyan and colleagues write.

But the system will have to surmount significant hurdles to prove it can be used in this way, Boland said. The AREDS data set is mostly made up of people who had already been diagnosed with AMD, with only a few “normal people,” he said. And this data set did not include people with cataracts, diabetes, and other conditions that could confound the results. “They haven’t gone out into the community and taken pictures,” he said.

The authors of the study in Nature Medicine have disclosed financial relationships with a variety of companies including DeepMind, Heidelberg Engineering, Topcon, Haag-Streit, Allergan, Novartis, Bayer, and Optos. Complete information is available on the journal’s website. The study published in Translational Vision Science & Technology was funded by the National Institutes of Health. One author has disclosed a financial relationship with Image-Based Screening System for Prediction of Individual at Risk of Late-Age-Related Macular Degeneration (AMD). Boland reported a financial relationship with Zeiss.