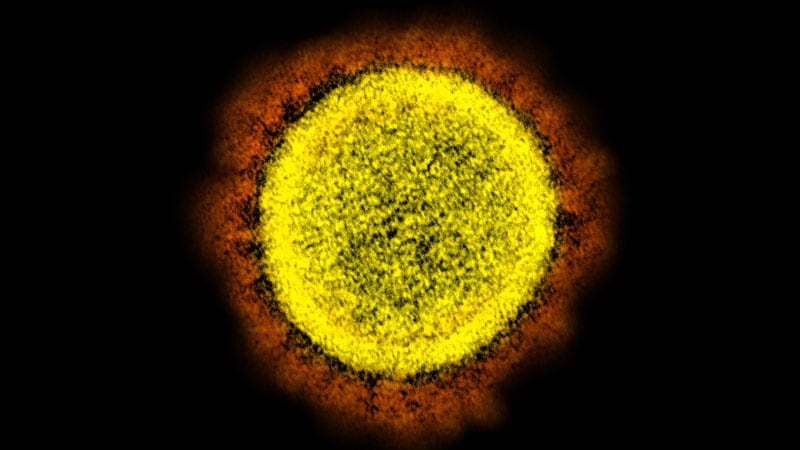 While the world waits for a safe and effective vaccine against COVID-19, scientists are opening up a new line of attack. They are testing antiviral antibodies that aim to block the virus from infecting our cells.

Some experts think an antibody therapy will be available before a vaccine.

“If I could look into a crystal ball, I would think there could be a 6- to 12-month period where you’d have antibodies available before vaccines came online,” says James Crowe, MD, director of the Vanderbilt Vaccine Center in Nashville. “That would be great, because then we could bridge to a vaccine.”

Giving patients antibodies to create passive immunity is an approach that’s been used for decades to treat everything from macular degeneration, to cancer, to autoimmune diseases, to infections like respiratory syncytial virus and HIV.

In a package of five studies published Monday in the journal Science, researchers working around the world report on their efforts to find and develop antibodies to stop the virus.

A team led by the company Regeneron has screened thousands of human antibodies against SARS-CoV-2, the virus that causes COVID-19. It has pinpointed two that clamp onto the virus’s spikes in different places, preventing those spikes from docking onto the ACE2 protein that sits on the surface of our cells.

The team looked for two antibodies that would work independently, because one risk with using a single antibody is that the virus can mutate over time and change just enough of its genetic code so that a single antibody would no longer work.

“As an example, in the ’80s, HIV was a huge problem. People started using single therapeutics against HIV, and very, very quickly they developed resistance, and that single therapeutic was not working anymore,” says Christos Kyratsous, PhD. He is the vice president of research in infectious diseases and viral vector technologies at Regeneron.

Indeed, when the Regeneron team screened single antibodies against the coronavirus, it found the virus could escape them fairly easily within just a few generations of replication, making the single antibody unable to work pretty quickly.

The researchers say they were able to decrease the chances of resistance by creating a cocktail of two antibodies.

When they screened the cocktail, the virus didn’t escape it, suggesting that the combination might prevent resistance.

The Regeneron cocktail is already being tested in humans.

In other studies, scientists from the Scripps Research Institute say they screened more than 1,800 antibodies from recovered COVID-19 patients and found powerful “super antibodies” that bind to the spikes of the virus to block infection. One of these was able to protect hamsters dosed with the virus from getting sick.

A separate team, from the Netherlands, studied the blood of COVID-19 survivors and identified 19 monoclonal antibodies, which they say will aid scientists looking to design vaccines and could also help develop an antibody cocktail against the virus.

Finally, an international team led by the antibody company Adimab in Lebanon, NH, reported on the discovery of antibodies that neutralize several coronaviruses in the SARS family, including SARS-CoV-2. The hope is that vaccines that generate these antibodies may offer broad protection against several infections. And a therapy based on them might protect against several infections.

And these are not the only antibody therapies in development.

“I have heard that there are as many as 18 companies that are planning trials of antibodies right now, and several of them are already in clinical trials,” says Crowe.

Eli Lilly, for example, announced tests of an antibody therapy for COVID-19 on June 1. The company expects to have early information on how safe and tolerable the therapy is by the end of the month.

Crowe’s team, at Vanderbilt, has also developed two antibodies that have been tested against SARS-CoV-2 infection in primates and worked well, he says.

One candidate therapy has already been made, Crowe says, even as he waits for his research to be published. He has two studies under review presenting the science behind his antiviral antibodies in Nature and Nature Medicine. Crowe is the founder of a biotech company called IDBiologics. He’s also working with drug company AstraZeneca.

Crowe says right now, everyone is focused on finding antibodies that are safe and effective, but the industry is also looking ahead to a thornier problem — how to make an antibody therapy at scale.

Right now, he says, “There’s not enough manufacturing capacity in the world to make doses for everyone.”

Paying for antibody therapy is also likely to be a challenge. Antibodies are biologic drugs, which are generally given by a shot or an IV. Because of the way they are made, these treatments can cost thousands of dollars per dose. And unlike the lasting protection offered by a vaccine, the protection offered by antibodies wears off relatively quickly. So people might need several doses.

It’s also unclear when using an antibody therapy might make the most sense. Crowe says antibodies could protect people before they’re exposed to the virus and might make sense for health care workers, like doctors and nurses who work in high-risk settings, like the emergency room. An antibody therapy might also make sense for post-exposure prophylaxis; for example, if someone takes a cross-country flight then finds out later a fellow passenger had COVID-19. It could be given to people with mild infections, to keep them from becoming severely ill. And it might be useful for people who are very ill, to help them clear the virus and recover more quickly.

Regeneron says it is testing its therapy, called REGN-COV2, in all those groups. The first studies, geared toward finding out how safe the therapy is, just got underway. Crowe says even with a relatively cheap and effective option like the steroid dexamethasone to help rescue the most severely ill COVID-19 patients, antibodies will still be valuable tools to rein in the virus.

“They’re very specific, they’re very potent. They have a defined mechanism of action. It’s just a great theoretical approach to dealing with the virus,” he says.