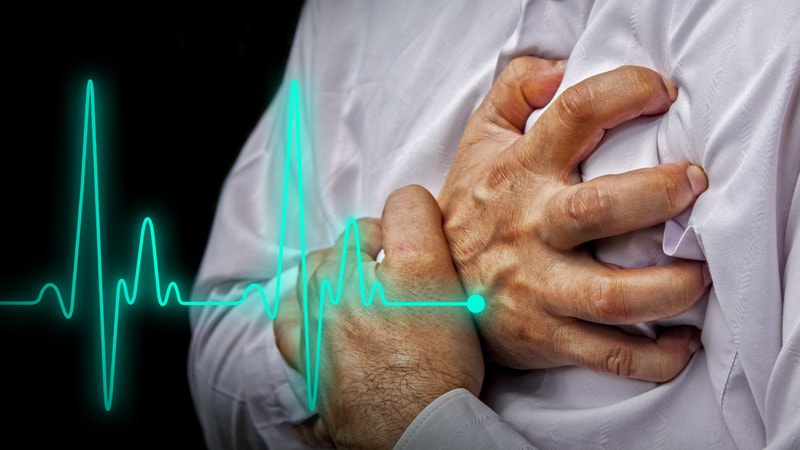 Out-of-hospital cardiac arrests increased 58% during the peak of the COVID-19 outbreak in the hard-hit region of Lombardy, Italy, compared with the same period last year, a new analysis shows.

During the first 40 days of the outbreak beginning February 21, four provinces in northern Italy reported 362 cases of out-of-hospital cardiac arrest and 229 during the same period in 2019.

The increases in these provinces varied in magnitude from 18% in Mantua, where there were 1688 confirmed COVID-19 cases, to 187% in Lodi, which had 2116 COVID-19 cases. The Cremona province, which had the highest number of COVID-19 cases at 3869, saw a 143% increase in out-of-hospital cardiac arrests.

The mortality rate in the field was 14.9 percentage points higher in 2020 than in 2019 among patients in whom resuscitation was attempted by emergency medical services (EMS), Enrico Baldi, MD, University of Pavia, Italy, and colleagues reported in a letter April 29 in the New England Journal of Medicine.

A total of 103 patients, who arrested out of hospital and were diagnosed with or suspected of having COVID-19, “account for 77.4% of the increase in cases of out-of-hospital cardiac arrest observed in these provinces in 2020,” the investigators note.

As the pandemic has taken hold, hospitals and physicians across the US are also voicing concerns about the drop in the number of patients presenting with myocardial infarction (MI) or stroke.

Nearly one third of Americans (29%) report having delayed or avoided medical care because of concerns of catching COVID-19, according to a new poll released April 28 from the American College of Emergency Physicians (ACEP) and Morning Consult, a global data research firm.

Despite many emergency departments reporting a decline in patient volume, 74% of respondents said they were worried about hospital wait times and overcrowding. Another 59% expressed concerns about being turned away from the hospital or doctor’s office.

At the same time, the survey found strong support for emergency physicians and 73% of respondents said they were concerned about overstressing the healthcare system.

The drop off in Americans seeking care for MI and strokes nationally prompted eight professional societies — including ACEP, the American Heart Association, and the Association of Black Cardiologists — to recently issue a joint statement urging those experiencing symptoms to call 911 and seek care for these life-threatening events.

Biden administration will end monkeypox public health emergency
What Medical School DOESN’T Teach You
What’s A Green Mediterranean Diet? It May Help Reduce Harmful Visceral Fat
Should You Go to a Caribbean Medical School? #SHORTS
How NatWest Group are making a difference this Giving Tuesday