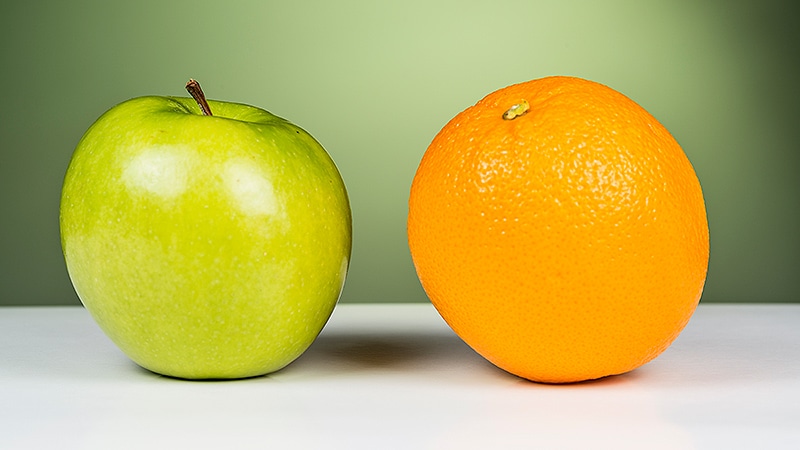 The number of COVID-19 deaths cannot be directly compared to the number of seasonal influenza deaths because they are calculated differently, researchers say in a report released today.

Some government officials and others have said the numbers seem similar and have used the comparison as an argument for reopening certain areas.

“COVID-19 is far more dangerous and is wreaking far more havoc than seasonal influenza ever has,” he said.

The message and methodology of Faust’s and del Rio’s article are on target, according to Jonathan L. Temte, MD, PhD, who has been working in influenza surveillance for almost 25 years.

Current flu data draw on limited information from primary care practices and hospitals, said Temte, associate dean for public health and community engagement at the University of Wisconsin School of Medicine and Public Health in Madison. The estimates help bridge the gaps, he said, but the system is inherently vulnerable to error.

“Comparing them ― as so many people in this country have done ― to try to diminish the impact of SARS-CoV2 is not fair,” he said.

The authors illustrate the difference in the way rates of death from influenza are calculated: “Between 2013–2014 and 2018–2019, the reported yearly estimated influenza deaths ranged from 23,000 to 61,000. Over that same time period, however, the number of counted influenza deaths was between 3448 and 15,620 yearly.”

“It’s apparent [the CDC has] been overestimating,” Faust said. “If you publish a number on the higher end of the estimate, people might take your public health messages more seriously, such as, it’s important to get your yearly flu shot.”

He added that until influenza death rates started to be compared with COVID-19 rates, “there was never really a downside” to reporting estimates.

Temte said he doesn’t regard overestimating flu deaths as intentional but rather the result of a longstanding “bias against the elderly in this country” that the estimates are meant to account for.

For example, he says, reporting influenza deaths is mandatory when such deaths involve persons younger than 18 years but not when they involve adults.

Also, traditionally, influenza has been seen “as a cause of death in people with multiple comorbidities that was just part and parcel of wintertime,” Temte said.

“The likelihood of being tested for influenza goes down greatly when you’re older,” he said. “This is slowly changing.”

The CDC acknowledges on its website that it “does not know the exact number of people who have been sick and affected by influenza because influenza is not a reportable disease in most areas of the US.”

It adds that the burden is estimated through the US Influenza Surveillance System, which covers approximately 8.5% of the US population.

It’s more accurate and meaningful to compare actual numbers of deaths for the diseases, Faust and del Rio say in their article.

When the authors made that comparison, they drew a stark contrast.

There were 15,455 recorded COVID-19 deaths in the week that ended April 21. The week before, the number of recorded deaths was 14,478, they found. (Those were the two most recent weeks before they submitted their article for publication.)

“These statistics on counted deaths suggest that the number of COVID-19 deaths for the week ending April 21 was 9.5-fold to 44.1-fold greater than the peak week of counted influenza deaths during the past seven influenza seasons in the US, with a 20.5-fold mean increase (95% CI, 16.3 – 27.7),” the authors write.

However, Natasha Chida, MD, MSPH, an infectious disease physician and assistant professor at the Johns Hopkins University School of Medicine in Baltimore, Maryland, told Medscape Medical News that the actual number of deaths doesn’t tell the complete flu story either. That count would miss people who later died from secondary complications associated with influenza, she said.

“There’s just no way to reliably count influenza deaths,” she said. “I think if we required it as a reported illness, that would be the ideal situation, but there’s so much flu every year that that probably would not be practical.”

She said she agrees that rates of influenza deaths and rates of COVID-19 deaths cannot be fairly compared.

What the authors don’t touch on, she said, is that flu season lasts 4 to 6 months a year, and just 3 months into the coronavirus pandemic, US deaths due to COVID-19 are already higher than those for seasonal influenza.

“Even if we look at it in the way that people who think we can compare flu and coronavirus do, it’s still not going to work out in their favor from a numbers standpoint,” she said.

The article clarifies the differences for “people who don’t live in the flu world,” she said.

“It is not accurate to compare the two for the reasons the authors described and also because they are very different diseases,” she added.

Differences in the way deaths are calculated does not reflect frontline clinical conditions during the COVID-19 crisis, with hospitals stretched past their limits, ventilator shortages, and bodies stacking up in some overwhelmed facilities, the authors say.

Temte said the external validation of the numbers also rings true in light of his own experience.

He said that in the past 2 months, he has known two people who have had family members who died of COVID-19.

Conversely, “I would have to search long and hard to come up with people I have known or have been one degree of separation from” who have died from influenza, Temte said.

The authors, Temte, and Chida report no relevant financial relationships.

Marcia Frellick is a freelance journalist based in Chicago. She has previously written for the Chicago Tribune and Nurse.com and was an editor at the Chicago Sun-Times, the Cincinnati Enquirer, and the St. Cloud (Minnesota) Times. Follow her on Twitter at @mfrellick.