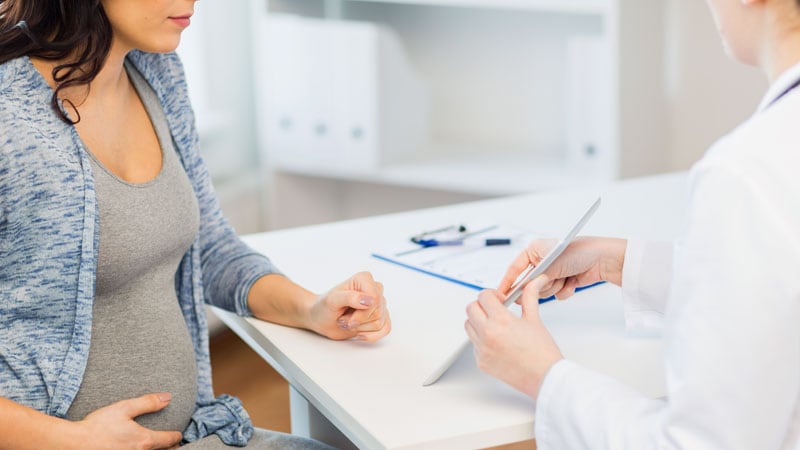 The number of reported cases of congenital syphilis has risen almost fourfold since 2013 — a result of multiple missed opportunities for prevention during pregnancy, researchers say.

“This is the most we have had in the United States since 1995,” lead author Anne Kimball, MD, from the Epidemic Intelligence Service at the Centers for Disease Control and Prevention (CDC) in Atlanta, Georgia, told Medscape Medical News.

Kimball and colleagues report their findings in an article published online today in Morbidity and Mortality Weekly Report.

Congenital syphilis is a reportable condition that can have catastrophic consequences, including miscarriage, stillbirth, prematurity, physical problems, such as deformed bones and severe anemia, and neurologic problems, such as blindness and deafness. An infant or fetus acquires the infection from its mother prenatally when she has untreated or inadequately treated syphilis, which is caused by Treponema pallidum.

To assess congenital syphilis trends, the researchers analyzed national surveillance data from 2018. They used a previously developed framework to assign cases to one of four mutually exclusive missed opportunities on the basis of the mother’s prenatal care, testing, and treatment history.

Nationally, the most frequently missed prevention opportunity was inadequate maternal treatment after a timely diagnosis of syphilis (30.7%), followed by a lack of timely prenatal care (28.2%), late identification of seroconversion during pregnancy (11.2%), and not testing for syphilis in a timely way despite the timely receipt of prenatal care (8.9%).

Cases in the West were more frequently attributed to lack of timely prenatal care (41.1%) and lack of adequate maternal treatment despite a timely diagnosis (28.6%).

The most commonly missed opportunity in the Northeast was late identification of seroconversion during pregnancy (39.6%), which Kimball points out was responsible for 11% of congenital syphilis cases nationally.

Late identification of seroconversion during pregnancy occurs when a pregnant person tests negative for syphilis early in the pregnancy and then tests positive late in pregnancy. “This means that the pregnant person became infected with syphilis during pregnancy, between the time of the two tests, and it was identified too late for mom to receive adequate treatment, which must happen 30 days or more before delivery,” Kimball explained.

These findings emphasize the need for a repeat syphilis test at 28 weeks’ gestation for women who are themselves at high risk or who live in an area where the prevalence of syphilis is high, she continued.

“As many pregnant women with syphilis will deliver preterm infants, it is important to get this third trimester test as early as possible ― waiting to do the repeat test at 32 weeks may not give the provider enough time to get mom in for adequate treatment at least a month before she delivers. This also highlights the importance of preventing syphilis in all people,” Kimball said.

In the South, where morbidity was high, the researchers found significant racial and ethnic disparities. Among white mothers of infants with congenital syphilis, the most commonly missed prevention opportunity was lack of timely prenatal care (31.6%). By contrast, lack of adequate maternal treatment (37%) was the most commonly missed prevention opportunity among black and Hispanic mothers.

“CDC recommends that all women get tested for syphilis during their first prenatal visit. CDC also recommends that women living in areas with a high burden of syphilis — regardless of their individual risk factors — as well as women with individual risk factors that place them at higher risk of acquiring syphilis should be retested at 28 weeks and again at delivery,” Kimball said.

Kimball said the potential barriers to receiving adequate treatment are many and that the investigators did not examine the reasons women failed to receive adequate treatment. “However, we would encourage health departments and healthcare systems to do a deeper dive into the local missed opportunities for their recent cases of congenital syphilis to understand the root causes and implement appropriate interventions,” she said.

“We are missing opportunities to screen and treat women for syphilis during prenatal care as a healthcare system. We also need to improve access to prenatal care and family planning for all women. Halting the continued increases and eventually eliminating congenital syphilis in this country will require collaboration between public health and healthcare sectors, understanding missed prevention opportunities, and implementing tailored interventions accordingly,” Kimball concluded.