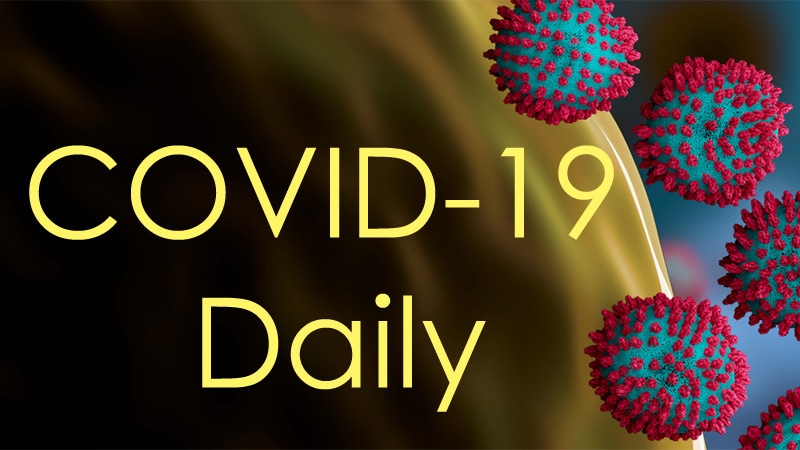 Here are the coronavirus stories Medscape’s editors around the globe think you need to know about today:

The US Department of Health and Human Services (HHS) today announced the 13 states to which it is initially sending doses of the drug remdesivir that manufacturer Gilead Sciences donated to the federal government, but many questions about accessing and using the drug remain.

“I am not aware of the formula for how these states and quantities were selected and why they were prioritized. If this formula and the timeline were available, we could understand when we might have some medication available,” writes a member of the University of Washington School of Medicine’s committee for COVID-19 treatment guidelines. Washington is not one of the initial states to receive donated remdesivir.

The first death from COVID-19 in an Immigration and Customs Enforcement (ICE) detention facility has occurred in southern San Diego, and another 133 detainees and 10 staff at the facility have confirmed infections. Nationwide, ICE facilities have reported 788 confirmed cases among detainees, and a new modeling study predicts that intensive care units in more than half of hospitals within 10 miles of an ICE detention facility would be overwhelmed within months in the event of a COVID-19 outbreak.

The FDA has issued an emergency use authorization for the first diagnostic test that works by detecting SARS-CoV-2 antigens from nasal and nasopharyngeal swabs. Antigen tests provide results quickly, but are less sensitive than polymerase chain reaction (PCR) tests, so negative results do not rule out infection, according to the agency.

In a video circulating online, Judy Mikovits, PhD, makes numerous claims without evidence about the COVID-19 pandemic, National Institute of Allergy and Infectious Diseases head Anthony Fauci, MD, and her own career in virology. Facebook and YouTube have removed copies of the video, titled “Plandemic,” from their platforms.

Mikovits’ highest-profile scientific work, a paper published in Science that purported to link chronic fatigue syndrome with a particular virus, was retracted after failed attempts to replicate the findings. She was fired from her research job around the same time, and was also arrested on charges — which were later dropped — of stealing from her former employer.

“If you look at her trajectory, it’s this kind of trajectory that we have seen at Retraction Watch, when someone tries to flip the script,” cofounder of Retraction Watch and Medscape’s Vice President of Editorial Ivan Oransky, MD, told The Daily Beast . “ ’No, it’s not that my research was flawed, and that I was wrong, it’s this big conspiracy theory again.’ ”

Florida Cancer Specialists, one of the largest oncology and hematology service providers in the state, recently admitted to conspiring to allocate chemotherapy and radiation treatments for patients with cancer and agreed to pay a $100 million federal criminal penalty in a deferred prosecution agreement. Medscape Medical News reported that the group would not be barred from participating in receiving reimbursement from federal healthcare programs, such as clinical trials, which would otherwise be a possibility with a crime of this type.

Many fourth-year students at medical schools in the New York City area answered their institutions’ call to graduate early and start working as doctors to meet the hospitals’ special needs during the pandemic. In the New Yorker, some share their stories of stepping up and finding themselves carrying more responsibilities than they anticipated. In the beginning, said one new doctor, “I felt like I could do this forever. But now it’s scary. The patient is fine, fine, fine, and then just crashes, and, when they start crashing, there’s only so much you can do.”

Vinny Arora, MD, social media editor of the Journal of Hospital Medicine, discussed equity in medical publishing and academia on a recent episode of the “Explore the Space” podcast, as well as the concern that COVID-19 could set back this movement for the next generation of physicians.

As frontline healthcare workers care for patients with COVID-19, they commit themselves to difficult, draining work and also put themselves at risk for infection. More than 1000 throughout the world have died.

Medscape has published a memorial list to commemorate them. We will continue updating this list as, sadly, needed. Please help us ensure this list is complete by submitting names with an age, profession or specialty, and location through this form.

Ellie Kincaid is Medscape’s associate managing editor. She has previously written about healthcare for Forbes, the Wall Street Journal, and Nature Medicine.

Here’s how to send Medscape a story tip.