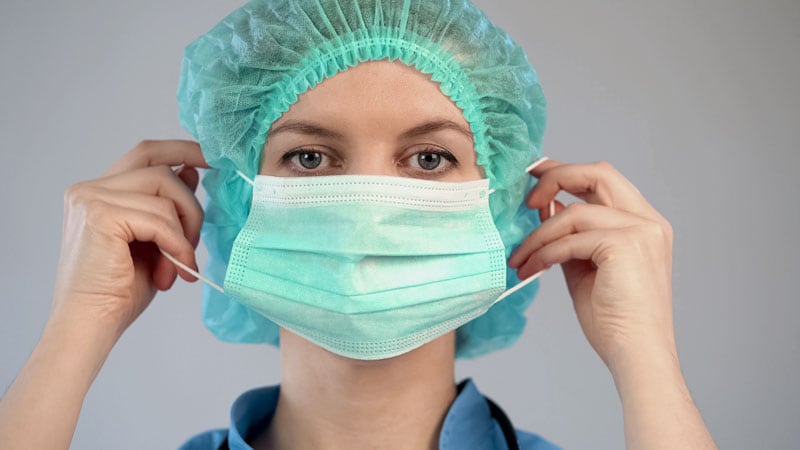 Sejal Hathi, MD, and two colleagues had long kicked around the idea of starting a nonprofit group that would center on civic and legal advocacy.

Once the COVID-19 pandemic hit, the three friends — who have a mix of legal, medical, and advocacy backgrounds — began chatting by email and through Zoom video meetings about how to make the plan a reality.

“When COVID came around, we began talking about where we could make a difference and help people where help was needed most,” said Dr. Hathi, an internal medicine resident at Massachusetts General Hospital in Boston. “We decided the PPE issue makes a good first focus.”

The new organization — named Beacon — quickly mobilized, assembled their team, and launched a website. Beacon’s first project now aims to highlight and protect the legal rights of medical professionals who speak out about personal protection equipment (PPE) supply and other matters of public concern related to coronavirus.

In recent months, health care professionals have reported being reprimanded or even terminated for publicly discussing PPE shortages or sharing safety concerns. Other clinicians say they can’t share their experiences for fear of reprisal by their hospitals. 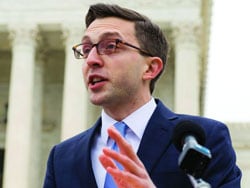 “The centrality of adequate PPE is pretty undeniable at this point,” said John Paul Schnapper-Casteras, JD, an attorney and cofounder of the organization. “In terms of speaking up about matters of workplace safety and public concern, when health care workers share knowledge, correct problems — and in some cases, blow the whistle — it affirmatively benefits medical science, disease control, and the public interest,” he said in an interview. “We have seen in other countries, the disastrous consequences that can stem from silencing medical professionals who try to speak out.”

As part of their efforts, Beacon leaders drafted a strongly worded letter on behalf of health care workers outlining the legal obligations of hospitals to ensure workplace safety, underscoring the federal protections that bar retaliation against employees who exercise their workplace rights. Whistleblower protections under the Occupational Safety and Health Act, the False Claims Act, and the National Labor Relations Act, for instance, prohibit retaliation against employees for blowing the whistle on unsafe or unlawful conditions.

Beacon’s letter urges hospitals to adopt a uniform policy that recognizes “the importance and legitimacy of doctors, nurses, and medical professionals who research, write, and speak about the use and supply of PPE in addressing coronavirus.”

“We are deeply troubled by reports that medical professionals are being fired, retaliated against, disciplined, or threatened for speaking (or potentially speaking) about PPE shortages and related safety conditions that directly place their and their patients’ lives in danger,” the letter states. “As a matter of law, medical personnel have a wide range of rights that protect their employment status and ability to comment on matters of public concern (and provide a cause of action in court if these rights are violated).”

Dr. Hathi, who over the last decade has founded two social enterprises advancing women’s rights, said organizers have sent the letter to hospitals and health systems that were publicly reported or otherwise known to have threatened, terminated, or retaliated against employees for protesting PPE shortages or speaking up about unsafe working conditions during this crisis. The letter is available on the Beacon website.

“Many letters have been written [recently] criticizing hospitals for retaliating against their workers,” Dr. Hathi said. “Ours amplifies this voice. But it also serves as a tool for self-empowerment, a stark warning to health systems that their actions bear consequences, and an assurance to health workers across the country that we’re listening and we’re here to help them safeguard their rights and their dignity at work.”

Dr. Hathi and her colleagues have also circulated the letter on social media and other platforms as a petition that health care professionals and others can sign in support of fair and safe treatment of employees with respect to PPE. So far, the group has collected signatures from individuals, communities, and organizations representing about 35,000 people, Dr. Hathi said.

Beacon leaders have also begun counseling and advising health care workers who have experienced retaliation or discipline associated with PPE issues. Educating medical professionals about their workplace rights and legal options is another key focus of the group, according to its founders.

“There are a flurry of reports coming our way about physicians and nurses, as well as other health care workers, who are for whatever reason being disciplined or retaliated against for simply seeking appropriate safety policies at their workplaces,” Dr. Hathi said. “What we’ve found is that many of them don’t even know what their options look like. Doctors, nurses, health care workers are not the typical type to engage politically, to speak out, [or to] advocate for themselves.”

In one instance, they heard from a physician who wanted to protect nurses at his hospital because they did not have masks and were being coughed on by COVID-19 patients. The doctor requested that his hospital supply masks to the nurses. After making the request, the physician was disciplined by hospital leadership, Dr. Hathi said.

In another case, a physician assistant told the group she was terminated because she wanted to wear her own mask in a hospital that was treating COVID patients. “She was not allowed to, and she was fired for even bringing it up,” said Sheel Tyle, JD, an attorney and Beacon cofounder.

Beacon intends to assist health care workers who face such retaliation and discipline in a number of ways, Mr. Tyle said. For instance, by helping an individual get compensation for what happened, aiding the professional in getting their job back, or helping the worker retain a severance package of some kind, he said.

“And then there is the larger public policy issue of preventing the hospital from being a bad actor,” Mr. Tyle said. “That can be done through state or federal complaints, largely under different statutes related to workplace protection or OSHA. Our group [has] lawyers that could represent clients individually as well as a number of friends who are attorneys in various states who we could partner with, depending on the situation.”

While the organization is positioned to represent health professionals in lawsuits if necessary, Mr. Tyle emphasized that litigation is not the intended goal of the group. Rather, they are seeking to deter hospitals and others from being “bad actors,” through any number of methods, including communication, advocacy, or complaints.

“The challenges we’re facing now — protecting workplace safety, employee voice, a living wage, adequate sick and family leave — long predate this pandemic,” Dr. Hathi said. “But they’ve deepened and acquired existential significance as, battered by policy failures and the unsparing virus itself, physicians shed their political indifference and join a growing nationwide chorus to restore workers’ rights and to fundamentally reimagine our broken healthcare system. Now, more than ever before, organizations like Beacon are vital for arming health workers in this fight.”

Common treatment for knee osteoarthritis may be making it worse
Perceived Discrimination Tied to Worse Recovery After MI in Young
Study finds that pediatric stroke is associated with COVID-19 infections but not with multisystem inflammatory syndrome
Heart Disease Deaths Spiked During COVID After 10-Year Decline
Hearing Loss and Dementia; Burden of Death From Bacterial Infections