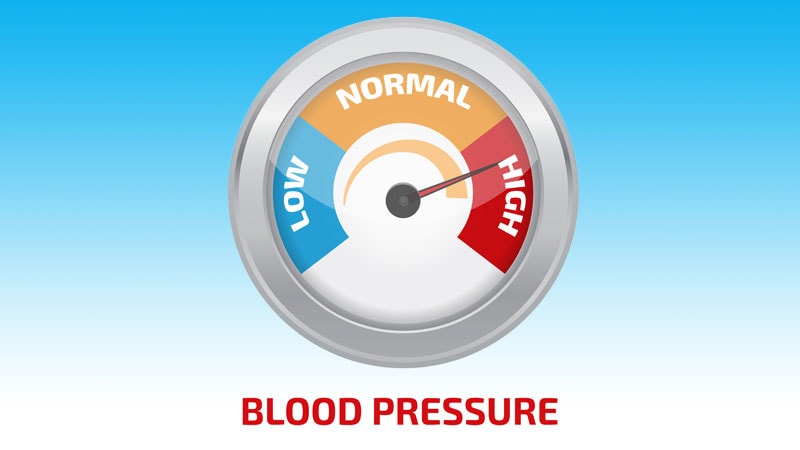 Cardiovascular risk continues to reduce as systolic blood pressure decreases right down to levels as low as 90 mm Hg, a new study has shown.

“We modelled systolic blood pressure on a continuous scale and saw the risk increasing in a linear fashion as blood pressure increased and this occurred right down to 90 mm Hg. We didn’t see any nadir or J-point where there may be an increased risk at lower pressures,” lead author, Seamus Whelton, MD, said.

Whelton is assistant professor of medicine at the division of cardiology at Johns Hopkins Medicine, Baltimore, Maryland. He is the son of Paul Whelton, MD, chair of the 2017 ACC/AHA Hypertension Guideline Writing Committee.

“From an individual level we can now say that in healthy individuals, a systolic pressure in the 90s is not too low. It is a positive thing. And it is recommended to try and keep systolic pressure at these levels if possible by maintaining a healthy lifestyle,” Whelton told Medscape Medical News.

The study was published online in JAMA Cardiology on June 10.

In addition, prior studies have typically used a reference systolic pressure of less than 115-120 mm Hg to define a normal level, and it is uncertain whether there is a lower level at which the risk for incident cardiovascular disease plateaus or increases.

To investigate this, they analyzed data from the Multi-Ethnic Study of Atherosclerosis, a community-based, multi-ethnic cohort free from known cardiovascular disease at enrollment. The current analysis included individuals with a systolic blood pressure between 90 and 129 mm Hg without other traditional cardiovascular risk factors including dyslipidemia (LDL > 160mg/dL or HDL < 40mg/dL), diabetes, or current tobacco use.

There was also a graded increase in the prevalence of coronary artery calcium starting from systolic blood pressure levels as low as 90 mm Hg.

What is a Normal Blood Pressure?

He stresses that the study is “a reminder that even a good execution of treatment of hypertension is far from an ideal way to prevent atherosclerotic cardiovascular disease.”

“A systolic of 130 is not the number we should focus on for patients who are not yet hypertensive, as 130 is not a normal blood pressure,” Jones adds in an audio interview on the JAMA website.

“The findings also suggest that the disease process for atherosclerotic cardiovascular disease begins early in life and support the importance of primordial prevention through a healthy lifestyle, including a healthy diet and levels of physical activity. In addition, the findings highlight the need for a population-based strategy focusing on primordial prevention to reduce the age-related increase in BP reported in all industrialized societies,” Jones writes.

He recommends that clinicians encourage a healthy lifestyle in patients and families of patients with cardiovascular disease. “This intervention requires no sophisticated genetic testing or clinical trials to credibly inform a family that the children and grandchildren of a patient with atherosclerotic cardiovascular disease or risk factors will benefit from a healthy lifestyle beginning at the earliest age.”

“Clinicians often lose sight of the big picture with regard to blood pressure because they have the patient in front of them. But that patient has children and grandchildren who may share the risk and may be in a better position with regard to prevention of future CAD, stroke, and kidney disease,” he said.

Conducting the JAMA audio-interview, Clyde Yancy, MD, chief of cardiology at Northwestern University Feinberg School of Medicine, Chicago, says: “This is very stimulating research. It is not asking the question of what is the target blood pressure for patients with hypertension, but rather: What is the goal blood pressure if you actually want to avoid atherosclerotic cardiovascular disease risk altogether?

“These data have made us understand that there is a difference between the goal blood pressure reduction and treatment thresholds that we respect, the normative blood pressure values we see in a clinical setting, and what is truly normal blood pressure,” Yancy concluded.

“That is a very important nuance, especially when we’re talking about population health. Families and communities need to understand what the true normal is.”

What to do with all of those Thanksgiving leftovers
Vitamin D Deficiency Increases Risk Of Premature Death
Twitter stops policing Covid-19 misinformation under CEO Elon Musk and reportedly restores 62,000 suspended accounts
Discover the art of forgiveness and how it can benefit your wellbeing
Migraine Changes Brain Structure At Micro-Level, Study Shows