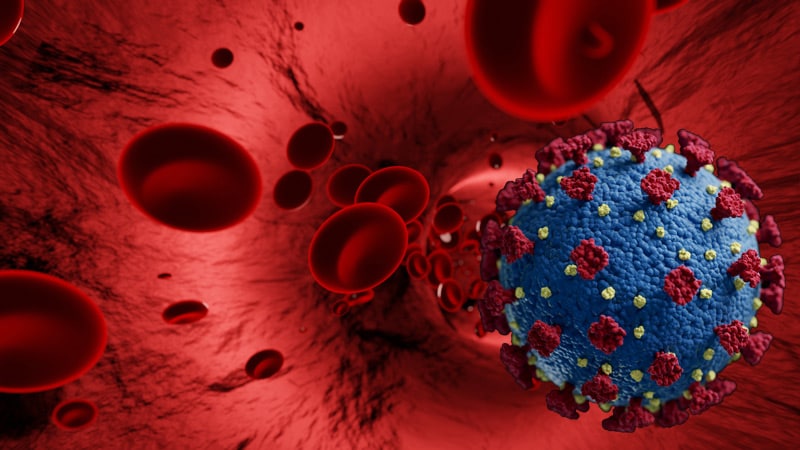 Use of systemic anticoagulation may improve the chance of survival in patients hospitalized with the COVID-19 virus, a large study from the epicenter of the US outbreak suggests.

Among nearly 3000 patients with COVID-19 admitted to New York City’s Mount Sinai Health System beginning in mid-March, median survival increased from 14 days to 21 days with the addition of anticoagulation.

The results were particularly striking among sicker patients who required mechanical ventilation, in whom in-hospital mortality fell from 62.7% to 29.1% and median survival jumped from 9 days to 21 days.

Interestingly, the association with anticoagulation and improved survival remained even after adjusting for mechanical ventilation, the authors reported May 6 in the Journal of the American College of Cardiology (JACC).

“It’s important for the community to know, first of all, how this should be approached and, second, it’s really opening a door to a new reality,” senior corresponding author Valentin Fuster, MD, PhD, director of Mount Sinai’s Zena and Michael A. Wiener Cardiovascular Institute and JACC editor-in-chief.

“I can tell you any family of mine who will have this disease absolutely will be on antithrombotic therapy and, actually, so are all of the patients at Mount Sinai now,” he told theheart.org | Medscape Cardiology.

COVID-19 is thought to promote thrombosis but the exact role of anticoagulation in the management of COVID-19 and optimal regimen are unknown.

In late March, the International Society on Thrombosis and Haemostasis recommended that all hospitalized COVID-19 patients, even those not in the ICU, should receive prophylactic-dose low molecular weight heparin (LMWH), unless they have contraindications.

Last month, international consensus-based recommendations were published for the diagnosis and management of thrombotic disease in patients with COVID-19.

In early March, however, data were scare and only a minimal number of patients were receiving anticoagulants at Mount Sinai.

“But after a few weeks, we reached an intuitive feeling that anticoagulation was of benefit and, at the same time, the literature was beginning to say clots were important in this disease,” Fuster said. “So we took a very straightforward approach and set up a policy in our institution that all COVID-19 patients should be on antithrombotic therapy. It was a decision made without data, but it was a feeling.”

For the present study, the researchers examined mortality and bleeding among 2773 patients hospitalized at Mount Sinai with confirmed COVID-19 between March 14 and April 11.

Of these, 786 (28%) received systemic anticoagulation including subcutaneous heparin, LMWH, fractionated heparin, and the novel oral anticoagulants apixaban and dabigatran, for a median of 3 days (range, 2-7 days). Tissue plasminogen activator was also used in some ICU cases.

The model adjusted for several potential confounders such as age, ethnicity, body mass index, and prehospital anticoagulation use. To adjust for differential length of stay and anticoagulation initiation, anticoagulation duration was used as a covariate and intubation was treated as a time-dependent variable.

“The most important thing was there was no increase in bleeding,” said Fuster.

Additional support for a possible survival benefit was published April 27 and included 449 patients with severe COVID-19 treated with heparin (mostly LMWH) for at least 7 days in Hunan, China.

Victor Tapson, MD, who directs the pulmonary embolism response team at Cedars-Sinai Medical Center in Los Angeles and was not involved with the study, said “the Chinese data were not enough for me to anticoagulate patients therapeutically” but that the Mount Sinai data strengthen the case.

“They’re wise to call this a ‘suggestion of improved outcomes,’ but it’s pretty compelling that those patients who were on anticoagulation had improved survival after adjusting for mechanical ventilation,” he told theheart.org | Medscape Cardiology. “These are sicker patients and sicker patients may get anticoagulated more, but they may bleed more. The bleed risks were a little different but they didn’t seem too concerning.”

“I think this helps move us forward some that we should consider anticoagulating with therapeutic anticoagulation certain patients that meet certain criteria,” Tapson said. “An easy example is a patient who comes to the hospital, has active cancer and is on a DOAC [direct oral anticoagulant], and comes up with COVID.”

At the same time, some clinicians want to increase prophylactic anticoagulation “using enoxaparin 40 mg once a day and maybe go to twice a day — not quite therapeutic doses but increased prophylaxis,” he observed.

Anticoagulation was given at “relatively low doses” in the Mount Sinai study but that is evolving in light of the reassuring bleeding data, Fuster said. They now have three enoxaparin regimens and, for example, give patients who don’t require intensive care enoxaparin 30 mg twice a day, up from 40 mg a day initially.

Patients are also stratified by factors such as renal failure and obesity, creating an intermediate group between those not initially needing intensive care and ICU cases.

“We’re now going to look at the difference between all these [regimens],” Fuster said. “My personal feeling and, for feasibility issues, I hope the winner is subcutaneous heparin.”