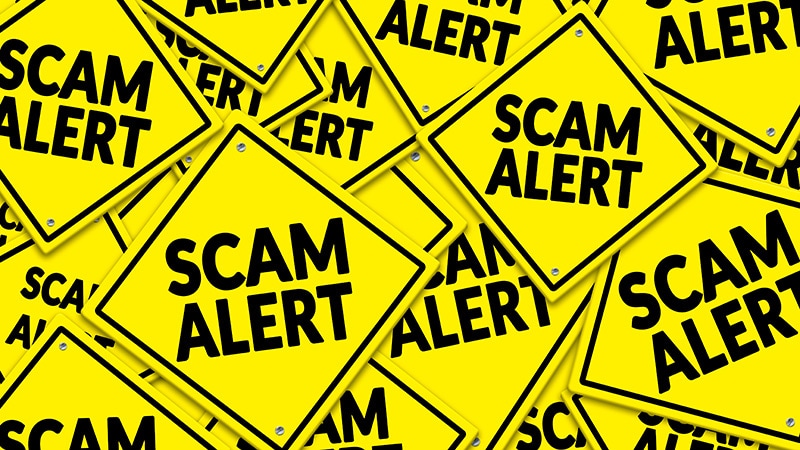 The State Medical Board of Ohio issued an alert this week warning physicians about an extortion scam that has resurfaced regarding suspension of medical licenses.

According to the Ohio board’s press release, scammers who claim to be from the US Department of Justice call or fax prescribers, telling them they are being investigated for drug trafficking and their license has been suspended. The calls may include requests that fines be paid over the phone.

The notifications may look very authentic, the board explained.

“During one reported incident, the scammers called the physician’s office, faxed a fraudulent document to the physician using the State Medical Board of Ohio’s logo and used spoofing technology, so it appeared they are legitimately calling from the board’s office,” the warning said.

The board reminds prescribers that its investigators never ask for fine payments over the phone and never contact licensees by fax. Official notices arrive either by certified mail or by personal service when the board proposes to take action such as suspending or revoking a license.

The warning points out that information on all suspensions of medical board licenses and any fines can be found at eLicense.ohio.gov. Additionally, emails originating from actual medical board staff end in @med.ohio.gov.

The notice contains information on how to report the scam and how to verify legitimate board communications.

The Virginia Department of Health Professions posted a notice last month warning that scammers are claiming to be from the Virginia Board of Pharmacy or the US Drug Enforcement Administration (DEA).

The DEA also has warned of people posing as DEA agents requesting that payment of fines be made via wire transfer. Information on these scams can be found, and reported, at this DEA website.

The Texas Medical Board and the Medical Board of California reported the scam earlier this year. Both states warn that the criminals may mask their telephone number on caller ID by displaying the DEA Registration Support 800 number.

California’s alert adds that some have reported that the scammers may speak in an urgent and demanding tone and may provide an “agreement for bond and protocols,” saying the physician must not disclose the investigation to any third party and must agree to a bond fee payment of $45,000.

The North Carolina Medical Board said it has recently heard from licensees who were told they were under investigation and were threatened with disciplinary action unless they made a payment immediately. Some were told that their license was expired and could not be reinstated without immediate payment.

Marcia Frellick is a freelance journalist based in Chicago. She has previously written for the Chicago Tribune, Science News, and Nurse.com, and was an editor at the Chicago Sun-Times, the Cincinnati Enquirer, and the St. Cloud (Minnesota) Times. Follow her on Twitter at @mfrellick .

Polio Outbreak In New York: Experts Believe Hundreds Could Be Infected
CDC eases Covid guidance as U.S. has more tools to fight the virus and keep people out of the hospital
FDA authorizes change in how monkeypox vaccine is given, stretching supply amid high demand
The US is on a Covid plateau, and no one’s sure what will happen next
Science Matters with Pascal Kaeser