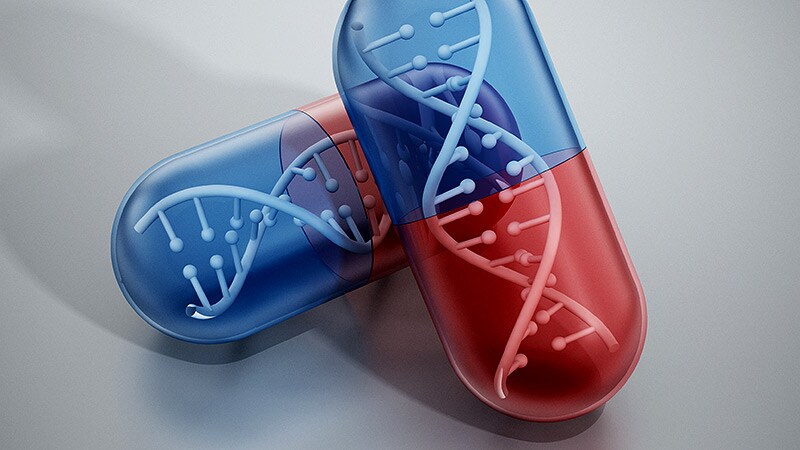 The US Food and Drug Administration (FDA) has approved the first biosimilar for ophthalmology, Byooviz (ranibizumab-nuna), which will be indicated for neovascular (wet) age-related macular degeneration (nAMD), macular edema following retinal vein occlusion, and myopic choroidal neovascularization, a vision-threatening complication of myopia.

The reference product for Byooviz (Samsung Bioepis/Biogen) is Lucentis (ranibizumab injection, Roche), which has been one of the biggest-selling treatments for the eye conditions. It’s an antivascular endothelial growth factor (anti-VEGF) agent that is injected into the eye.

“Today’s approval provides another treatment option for millions of people whose vision is impaired and is another step forward in our commitment to provide access to safe, effective, and high-quality biological products,” said Sarah Yim, MD, director of the Office of Therapeutic Biologics and Biosimilars, FDA Center for Drug Evaluation and Research, in the agency’s official statement.

Yim noted that biosimilars are “a key part of our efforts to provide greater access to treatment options for patients, increase competition, and potentially lower costs.”

Neither Samsung Bioepis nor Biogen has commented on the potential price of Byooviz, but according to a statement from the two companies, the biosimilar will not be marketed in the United States until June 2022, as per a license agreement with Lucentis developer Genentech.

Biosimilars “definitely have the potential to change the market,” by increasing access for more patients if they are less costly, said Shriji Patel, MD, assistant professor of ophthalmology at Vanderbilt University, Nashville, Tennessee, in an interview with Medscape Medical News. But, he added, “No one is going to use them until we have data that suggest they are equally effective for treating disease while providing the similar safety profile and immunogenicity that we’re looking for with more vetted anti-VEGF agents.”

Patel also noted, “The cost is important, but what will be equally important is whether insurers agree to provide coverage for the biosimilar.”

In addition, many retinal specialists eschew the more expensive anti-VEGF agents such as Lucentis and Eylea (aflibercept, Regeneron), and instead inject Avastin (bevacizumab, Genentech), said Patel, who is also associate vice chair for clinical affairs at Vanderbilt University Medical Center.

Bevacizumab, which is used off-label, is “very cost-effective,” and has equal safety and efficacy, Patel told Medscape Medical News.

Estimates of the number of Americans who have AMD vary widely. According to the National Eye Institute some 2 million Americans have AMD, a leading cause of vision loss and blindness for individuals over age 65. Samsung Bioepis estimates that AMD may affect as many as 11 million in the United States.

Injections of anti-VEGF agents have overtaken cataract surgery as the most commonly performed procedure in Medicare, according to a June 2020 study published in Ophthalmology.

Medicare spent $93.5 million for bevacizumab in 2018, while it spent $2.4 billion on aflibercept and $965 million on ranibizumab.

Procedures and sales are growing with an aging population. Regeneron reported Eylea (aflibercept) sales of $4.9 billion in the United States in 2020, compared with $4.6 billion in 2019.

The FDA said its approval of Byooviz was based on a review of evidence from the companies that included extensive structural and functional characterization, as well as comparative clinical efficacy and safety evaluations, including potential immunogenicity, that demonstrated Byooviz is biosimilar to Lucentis.

Samsung Bioepis and Biogen reported that the companies submitted a randomized, double-masked, parallel-group, multicenter, phase 3 study in which 705 patients were randomized (1:1) to receive Byooviz or reference ranibizumab as monthly injections (0.5 mg), and 634 patients continued to receive treatment up to week 48.

The LS mean change in central subfield thickness was −139.55 μm for SB11 vs −124.46 μm for reference ranibizumab (difference: –15.09; 95% CI, –25.617, –4.563]), also not significant. The pharmacokinetics, safety — including incidence of treatment-emergent adverse events — and immunogenicity of Byooviz and reference ranibizumab were comparable at all timepoints up to week 52, said the companies.

“The approval of the first ranibizumab biosimilar in the United States is a monumental milestone for people living with retinal vascular disorders in the United States,” said Kyung-Ah Kim, PhD, senior VP and development division leader for Samsung Bioepis, in a statement.

Byooviz was approved in Europe, including 27 European Union member countries, on August 18, and in the UK on August 31.

Samsung Bioepis and Biogen are also developing a biosimilar for aflibercept, SB15.

Alicia Ault is a Lutherville, Maryland-based freelance journalist whose work has appeared in publications including JAMA, Smithsonian.com, The New York Times, and The Washington Post. You can find her on Twitter @aliciaault.