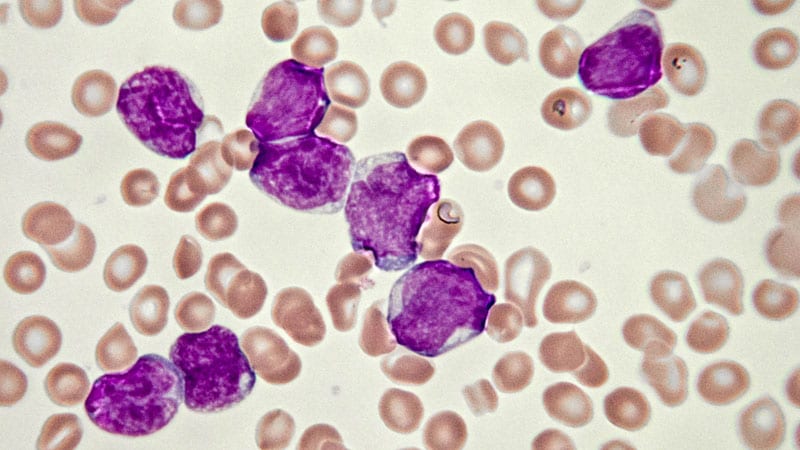 A transplant offers a chance of a cure from leukemia, but when the transplant is not successful, such patients are left with few other options and a poor prognosis. But the management of such patients has been improving, and over the past 20 years, this has led to a steady improvement in survival rates for adult patients with relapsed Philadelphia-positive (Ph+) acute lymphoblastic leukemia (ALL) following allogeneic hematopoietic cell transplantation (HCT).

“In the subset of ALL patients carrying the Philadelphia chromosome, post-transplant relapse occurs in up to 30 percent of the cases and in earlier studies, long-term survival [of these patients] was dismal,” lead author Ali Bazarbachi, MD, PhD, professor of medicine, American University of Beirut, Lebanon, said in a statement.

“This study represents the largest analysis to date assessing trends over time and predictive factors for outcome of relapsed Ph+ ALL after allo-HCT [and] we observed a major progressive improvement in OS from posttransplant relapse in [these] patients…likely reflecting the efficacy of posttransplant salvage strategies,” the authors observe.

Data for the study was obtained by the Acute Leukemia Working Party of the European Society for Blood and Marrow Transplantation (EBMT), a working group made up of over 600 transplant centers that are required to report all consecutive HCTs and follow-ups once a year.

A total of 809 adult patients with Ph+ ALL who had relapsed between 2000 and 2019 following allo-HCT were included in the analysis. Median age at transplantation for the cohort was 44 years, while the median age at relapse was 43.4 years

Over the 20-year interval, there was a progressive increase in patient age at the time of transplantation from 40.6 years to 46.1 years (P = .007), the investigators note.

Other patient characteristics also changed over time, as shown in the following table.

The median follow-up for surviving patients was 56 months, the authors note. For the entire cohort, 41.5% of patients were still alive 2 years after relapse. However, the 2-year overall survival (OS) increased from 27.8% for patients relapsing between 2000 and 2004 to 54.8% for patients relapsing in 2015–2019 (P = .001), despite the fact that patients’ age at relapse increased from 44 years to 56 years over the same time interval.

In addition, there has been an increase in the treatment options following relapse after transplantation in recent years.

Post-transplant pharmacologic interventions that reduce the risk of relapse in Ph+ ALL are now widely deployed, either using a prophylactic approach with tyrosine kinase inhibitor (TKI)–based maintenance therapy or a preemptive strategy based on regular minimal residual disease monitoring. Moreover, newer-generation TKIs, including blinatumomab (Blincyto) and inotuzumab ozogamicin (Besponsa) as well as the novel CAR T-cell therapies, have also helped with better management of post-transplant relapse, the authors comment.

The study received no funding support. The authors have disclosed no relevant financial relationships.