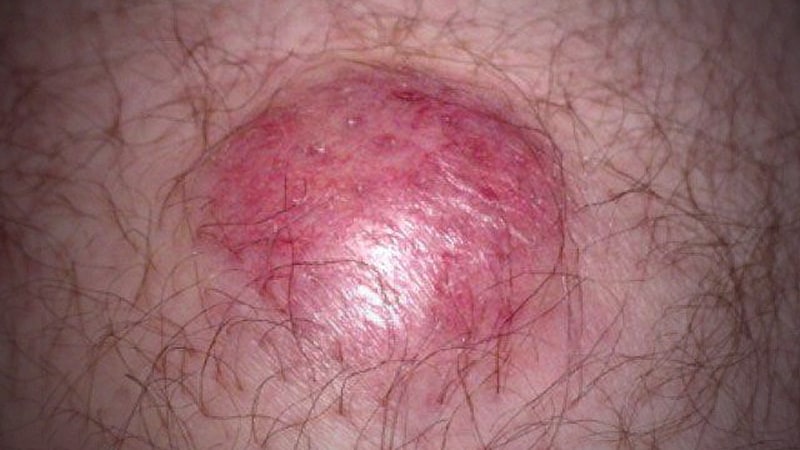 The results come from a cohort of 39 patients with stage IIA-IV disease, all of whom received nivolumab 240 mg intravenously on days 1 and 15, with surgery planned for day 29. About half achieved a pathologic complete response (pCR) and/or a radiographic response. Recurrence-free survival was also prolonged among responders, and no relapses were observed at a median follow-up of 19.3 months.

“Additional investigation of these promising findings is warranted,” say the investigators.

“To our knowledge, this is the first study to examine neoadjuvant anti-PD-1 therapy in MCC,” said lead author Suzanne Topalian, MD, professor of surgery at the Bloomberg-Kimmel Institute for Cancer Immunotherapy at Johns Hopkins Medicine, Baltimore, Maryland. “While the results seem encouraging, I think that clinical trial experience with a greater number of patients and follow-up for a longer time period will be needed to assess whether this treatment approach should become standard for high-risk resectable MCC.”

The study was published online April 23 in the Journal of Clinical Oncology.

MCC is a rare and aggressive neuroendocrine skin cancer that is diagnosed in approximately 1600 people each year in the United States, note the authors.

The annual incidence of new MCC cases rose by 95% between 2000 and 2013, as previously reported by Medscape Medical News.

Although nearly two thirds of patients present with localized disease, regional and distant metastases often occur. Until recently, cytotoxic chemotherapy was the primary systemic therapy for advanced MCC. Although patients frequently respond to chemotherapy, the duration tends to be very limited, and 95% of patients experience disease progression within 1 year, the authors comment.

Growing evidence supports the hypothesis that MCC is an immunogenic cancer. Clinical trials of PD-L1 inhibitors have demonstrated increased progression-free and overall survival compared with chemotherapy when used either in the first-line or second-line setting, as reported by Medscape Medical News.

“Neoadjuvant anti-PD-1 cancer therapy is still early in development, and there are many aspects deserving careful consideration,” Topalian told Medscape Medical News. “They are centered on balancing patient risk and benefit, finding an optimal presurgical treatment interval, exploring treatment combinations, determining if anti-PD-1 therapy should be continued after surgery, and defining biomarkers to guide treatment strategies for individual patients.”

Topian and colleagues investigated neoadjuvant use of nivolumab in the CheckMate 358 study, which involved 39 patients with stage IIA-IV MCC (of whom 36 went on to surgery).

The median age of the patients was 68 years, and at enrollment, most patients (66.7%) had stage III disease. For 35 patients, tumors were evaluable for MCPyV status; 22 (62.9%) were positive. Quantifiable tumor cell PD-L1 expression occurred in 27 patients; expression was 1% or higher for seven of those patients (25.9%).

The primary endpoint for the neoadjuvant cohort was safety and tolerability of nivolumab, as measured by treatment-related adverse events (TRAEs) and surgical delays, defined as the proportion of patients who experienced TRAE-related delays of more than 4 weeks from the planned surgery date.

Among those who underwent surgery, 17 (47.2%) achieved a pCR. Among patients who were radiographically evaluable (n = 33), 29 (87.9%) achieved some degree of radiographic tumor reduction. Within this group, 18 (54.5%) experienced tumor reductions of 30% or greater (the median change in tumor burden from baseline was −32.8%). Responses were observed regardless of tumor MCPyV, PD-L1, or TMB status.

The median relapse-free survival was not reached for any of the patients who underwent surgery. At 12 and 24 months postoperatively, rates were 77.5% and 68.5%, respectively.

Median overall survival was not reached in the entire cohort. At 12 and 24 months following the first dose of nivolumab, rates were 93.2% and 79.4%, respectively. For the patients who underwent surgery and were evaluable for pathologic response or radiographic response, 100.0% and 88.9% of patients with pCR and all patients with radiographic tumor reduction of ≥30% were alive at 12 and 24 months, respectively.

Overall survival rates among patients who underwent surgery were comparable in subgroups with regard to tumor MCPyV status and PD-L1 expression.

Man Hospitalized For 453 Days Due To COVID, Returns Home For Holidays
A final thought from our columnist Grace Victory
Discover the art of forgiveness and how it can benefit your wellbeing
4 things to consider before starting your own book club
Effects of COVID Vaccine on Menstruation