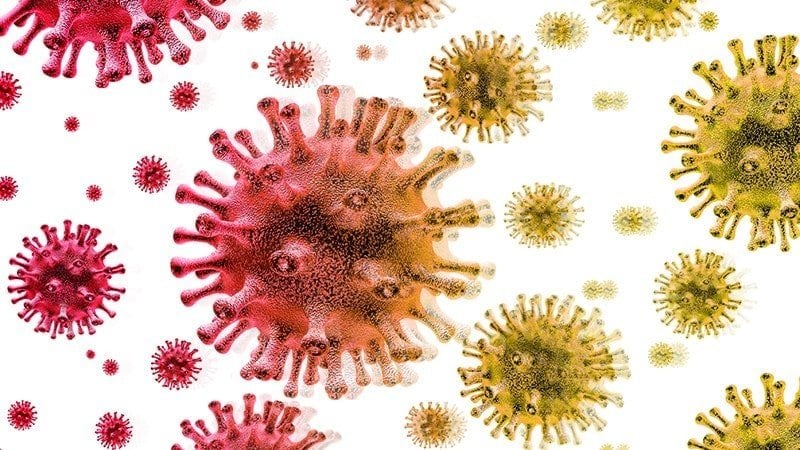 The World Health Organization (WHO) on Friday classified a new COVID-19 variant from South Africa as a variant of concern, which means it could be more contagious, cause more severe disease, and reduce the efficacy of vaccines and treatments.

WHO convened an independent group of experts on Friday to assess the new variant based on the rapid increase in COVID-19 infections in South Africa this week. Known scientifically as B.1.1.529, the variant was named Omicron.

“Omicron has some concerning properties. This variant has a large number of mutations, and some of these mutations have some worrying characteristics,” Maria Van Kerkhove, PhD, WHO’s technical lead on the coronavirus pandemic, said in a video statement.

“Preliminary evidence suggests an increased risk of reinfection with this variant, as compared to other [variants of concern],” WHO said in a statement. “The number of cases of this variant appears to be increasing in almost all provinces in South Africa.”

In response, the White House announced new travel restrictions for flights from South Africa, Botswana, Eswatini, Lesotho, Malawi, Mozambique, Namibia, and Zimbabwe. Foreign nationals from those countries will be prohibited from entering the United States.

“These new restrictions will take effect on November 29,” President Joe Biden said in a statement. “As we move forward, we will continue to be guided by what the science and my medical team advises.”

US Monitoring for Variant

The United States hasn’t detected any cases of the new variant yet, Anthony Fauci, MD, director of the National Institute of Allergy and Infectious Diseases, told CNN.

“Right now, we’re getting the material together with our South African colleagues to get to a situation where you could actually directly test it,” Fauci said. “So, right now you’re talking about…a red flag that this might be an issue — but we don’t know.”

Scientists in South Africa began tracking the variant this week after a jump in COVID-19 cases and reported the variant to WHO on Wednesday. The first known confirmed infection was from a sample collected on November 9, WHO said.

Several labs have found that one widely used test could be a reliable way to detect the new variant. WHO’s virus evolution advisory group has started “a number of studies” to evaluate Omicron and will announce new findings as needed, Van Kerkhove said Friday.

Based on the evidence so far, WHO has advised countries to enhance their surveillance and genomic sequencing efforts to better understand the variant. WHO also requested that countries submit genomic sequences to public databases, such as GISAID.

On Friday, 66 sequences of the B.1.1.529 variant had been reported to GISAID, including 58 in South Africa, six in Botswana, and two in Hong Kong.

WHO has also asked countries to conduct field investigations and lab analyses about the severity of the variant, as well as immune responses, antibody neutralization, and effectiveness of public health and social measures.

“Individuals are reminded to take measures to reduce their risk of COVID-19, including proven public health and social measures such as wearing well-fitting masks, hand hygiene, physical distancing, improving ventilation of indoor spaces, avoiding crowded spaces, and getting vaccinated,” WHO said.

Biden called on other nations to increase vaccine donations to poorer nations.

“The news about this new variant should make clearer than ever why this pandemic will not end until we have global vaccinations,” Biden said. “The United States has already donated more vaccines to other countries than every other country combined. It is time for other countries to match America’s speed and generosity.”

Israel imposed a travel ban covering most of Africa after discovering its first case in someone who had recently traveled from Malawi. A growing list of countries has halted or restricted flights, including Austria, Bahrain, Belgium, Croatia, France, Germany, Italy, Japan, Malta, the Netherlands, Hong Kong, the Philippines, and Singapore, The New York Times reported.

“We are currently at the threshold of an emergency situation,” Naftali Bennett, the prime minister of Israel, said in a statement.

“I ask everyone to be prepared and to fully join in the work around the clock,” he said.

Throat Swab on Rapid Testing Chokes in Omicron-Era Study
Cancer Research UK publishes gender and ethnicity pay gap reports
Intercourse Contributes to How Much Sudden Cardiac Death?
Study shows efficacy, safety of oral immunotherapy in one- to three-year-olds with peanut allergy
Myocarditis: COVID-19 Is A Much Bigger Risk To The Heart Than Vaccination