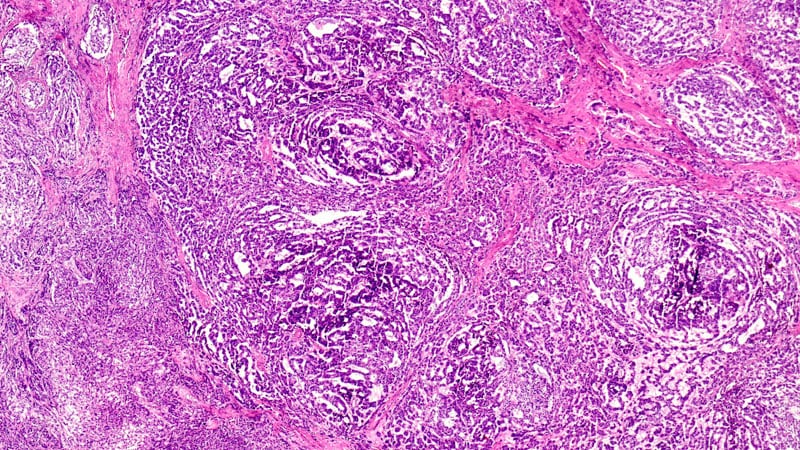 It all began with the question, “Has your butt been getting enough attention?”

The team worked over 7 years, during which time they tested 4459 men, women, transgender, and nonbinary individuals at 25 sites across the United States. The participants were sorted into two groups: some received treatment for high-grade squamous intraepithelial lesions (HSILs), and some did not but were monitored for signs of disease. These included individuals over 35 who were living with HIV/AIDS and who were found to have patches of abnormal cells in their rectal lining.

HSILs are the cells gynecologists look for in performing a pap smear. They are precancerous cells commonly found in the cervix of persons with HPV. Finding HSILs during a gynecologic examination alerts clinicians to potential problems.

The scientists decided to treat these cells the same way they would treat them if found in the cervix and to see whether that reduced the risk of cancer. Doctors used lidocaine to numb the area, then removed the HSILs with an electric probe. The team then assessed whether the treatment prevented people from getting cancer.

These results are encouraging, said Aasma Shaukat, MD, director of outcomes research in the Division of Gastroenterology and Hepatology at NYU Langone Health. Shaukaut was not involved with the study. She believes it’s going to cause ripples across the field.

Treatments for this group of patients are more important now than ever. Since the beginning of the AIDS epidemic in the 1980s, the number of people with HIV has increased, Palefsky detailed in a press conference announcing the ANCHOR results. That’s partially because of new transmissions and partially owing to the fact that new treatments make it possible for people with HIV to live long, healthy lives. So as more people with HIV move into their sunset years, there are more people at risk for developing cancer, which is a disease associated with aging. Anal cancer sits at the intersection of risk for aging people who have HIV.

Any defense we have against the risk of cancer in this growing demographic is a good thing, says Hanna K. Sanoff, MD, a gastrointestinal oncologist at the Lineberger Comprehensive Cancer Center, University of North Carolina at Chapel Hill, who was also not involved in the study. Although it’s not ready to be applied in doctors’ offices now, it could be a tool in the future. “Anything we can do to try and decrease the chance of precancerous lesions progressing to a real invasive cancer is of great importance. This kind of prevention work is critical to helping minimize the burden of cancer on our communities,” Sanoff said in an interview with Medscape.

The study was funded by the National Cancer Institute of the National Institutes of Health and was conducted through the NCI-supported AIDS Malignancy Consortium. Shaukat and Sanoff report no relevant financial relationships.