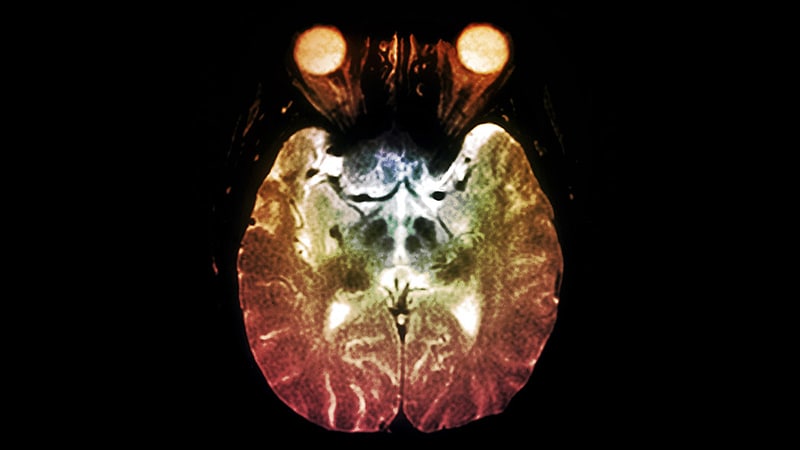 Although nilotinib is safe and tolerable in patients with moderate or advanced Parkinson’s disease, it may not affect the disease’s symptoms, according to investigators. Nevertheless, other drugs that – like nilotinib – inhibit tyrosine kinase (c-Abl) may have a neuroprotective effect, they added. The study was presented online as part of the American Academy of Neurology’s 2020 Science Highlights.

The researchers conducted their randomized, double-blind, placebo-controlled, parallel-group study at 25 sites in the United States. They randomized 76 patients with Parkinson’s disease in approximately equal groups to a daily dose of placebo, 150 mg of nilotinib, or 300 mg of nilotinib. Safety visits occurred monthly. Patient assessments occurred at 3 months and at 6 months, which was the end of the treatment period. Patients presented off study medication at 1 month and 2 months after the end of the treatment period.

Treatment Did Not Change Dopamine Levels

At 3 months, CSF levels of nilotinib were well below the threshold for c-Abl inhibition (approximately 11 ng/mL). The arithmetic mean levels were 0.91 ng/mL in the 150-mg group and 1.69 ng/mL in the 300-mg group. Nilotinib also failed to alter CSF levels of dopamine or its metabolites at 3 months. Dr. Simuni and colleagues did not see significant differences between treatment groups in the exploratory outcomes of cognitive function and quality of life.

“Nilotinib is not an optimal molecule to assess the therapeutic potential of c-Abl inhibition for Parkinson’s disease,” the investigators concluded.

Nilotinib May Be an Inappropriate Candidate

The data “suggest that the hypothesis wasn’t tested, since the CSF and serum concentration of the drug were insufficient for enzyme inhibition,” said Peter LeWitt, MD, Sastry Foundation Endowed Chair in Neurology and professor of neurology at Wayne State University, Detroit. “A higher dose or a more CNS-penetrant drug would be needed for adequate testing of the hypothesis that c-Abl inhibition could provide disease modification.”

Nilotinib might not be an appropriate drug for this investigation, he continued. “There may be better choices among c-Abl inhibitors for penetration into the CNS, such as dasatinib, or for increased potency of effect, such as imatinib.”

Sun Pharma Advanced Research Company is conducting a clinical trial of KO706, another c-Abl inhibitor, added Dr. LeWitt, who is a researcher in that trial and an editorial adviser to Neurology Reviews. “The studies published recently in JAMANeurologyby Pagan et al. claiming target engagement with nilotinib in Parkinson’s disease patients need to be contrasted with the results of the current investigation. Disease modification with c-Abl inhibition continues to be a promising therapeutic avenue, but both positive and negative study results need careful reassessment and validation.”

Abortion pill is the most common method to end a pregnancy in the U.S., CDC says
The FDA Approves Tzield, the Only Drug That Delays Type 1 Diabetes
Scientists investigate the evolutionary origin of SARS-CoV-2 using recombination-aware phylogenetic analysis
Welcome to our new committee chairs
Keto Peanut Butter Balls (Buckeyes)