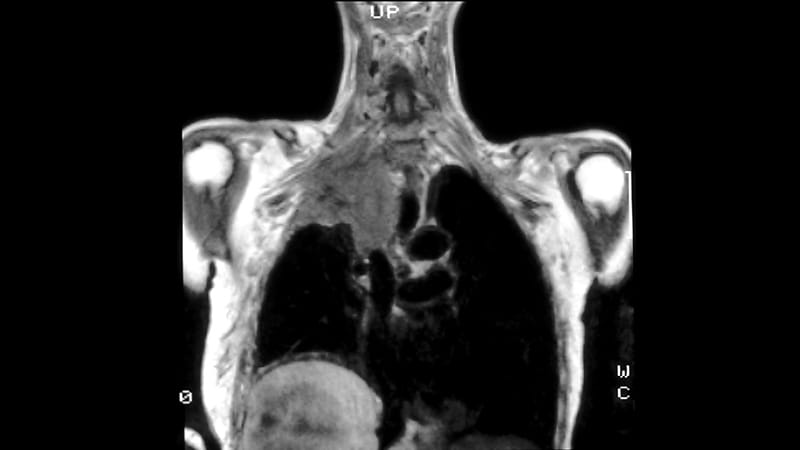 Although approximately 60% to 65% of patients with extensive-stage small cell lung cancer (ES-SCLC) ― the type of lung cancer most closely linked to smoking ― respond to first-line platinum-based chemotherapy with etoposide, nearly all patients experience relapse after treatment, and there are very few options for second- or third-line therapy.

So the ORR of 34% that Wang reported with a new drug combination has sparked some interest among lung cancer experts.

The result comes from the phase 2 PASSION trial, which tested second-line treatment for ES-SCLC with the investigational immune checkpoint inhibitor camrelizumab (Incyte Biosciences and Jiangsu Hengrui Medicine Co) and the tyrosine kinase inhibitor (TKI) apatinib (Jiangsu), which is approved only in China.

The results were presented during the American Association for Cancer Research (AACR) 2020 virtual annual meeting.

“However, precise estimates of efficacy are confounded by the high proportion of never-smokers, who exhibit significantly better outcomes,” he said.

In the trial, 22% of patients were never-smokers, compared to approximately 10% in previous studies in East Asian populations and 5% to 7% in studies in Western populations, Skoulidis noted.

Immunotherapy has been shown to offer some benefit to patients with ES-SCLC. Currently, the immune checkpoint inhibitors nivolumab (Opdivo, Bristol-Myers Squibb) and pembrolizumab (Keytruda, Merck) are approved for third-line but not second-line treatment of ES-SCLC.

Skoulidis noted that with the new combination, the median duration of response was shorter than might be expected with other programmed cell death protein–1 (PD-1) or programmed cell death–ligand-1 (PD-L1) inhibitors, which “raises the possibility that responses observed in this study may be mostly attributed to apatinib, especially in the fraction of patients who were never-smokers,” he said.

“The data nonetheless support development of the combination,” he added.

Apatanib is an oral selective TKI directed at vascular endothelial growth factor receptor–2 that has demonstrated single-agent activity against ES-SCLC after disease progression following two or more prior lines of systemic therapy. It is approved in China for gastric cancer.

“The scientific rationale for a combination of camrelizumab and apatinib is solid and is based on favorable modulation of the tumor immune microenvironment by low-dose apatinib,” Skoulidis said, pointing to preclinical data that show antitumor efficacy in a non–small cell lung cancer model.

The phase 2 PASSION trial tested camrelizumab 200 mg every 2 weeks plus apatinib 375 mg daily (the schedule was selected on the basis of tolerability for the first 28 days of the study) in 47 patients (QD cohort). In addition, 12 patients from two other six-patient cohorts from phase 1 were included in the final analysis; these patients received the same dose of camrelizumab plus apatanib 375 mg either 5 days on/2 days off or 7 days on/7 days off.

For the 47 patients in the QD cohort, the median age was 62 years; 40 were men. Ten of the patients in this group were never-smokers, one was a current smoker, and 36 were former smokers.

The responses in the QD cohort consisted entirely of partial responses in 16 patients; 16 additional patients had stable disease, for a disease control rate of 68.1%. The remaining 15 patients experienced disease progression.

In the apatinib 5 days on/2 days off cohort, two of the six patients had a partial response, and four had stable disease.

In the 7 days on/7 days off cohort, two of six patients had partial responses, one had stable disease, and three experienced disease progression.

The study was supported by the Jiangsu Hengrui Medicine Co. Wang and colleagues have disclosed no relevant financial relationships. Skoulidis has received sponsored travel from Tango Therapeutics and honoraria from Bristol-Myers Squibb.