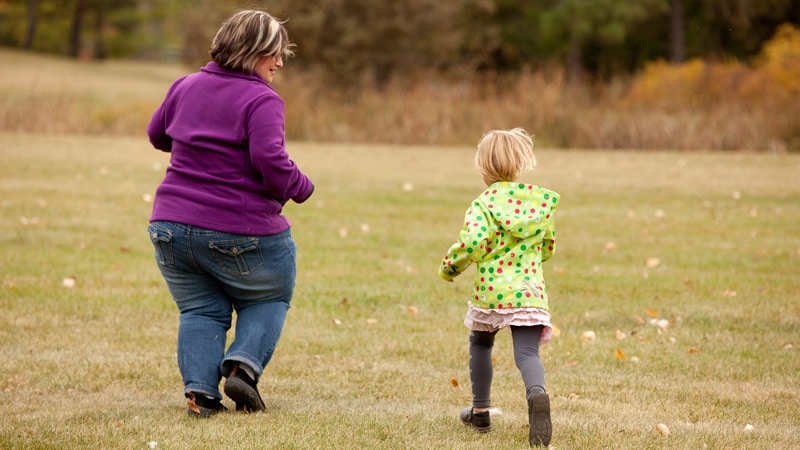 The younger an ICU patient with severe COVID-19 is, the more obese that patient tends to be, according to a new analysis published in The Lancet.

“By itself, obesity seems to be a sufficient risk factor to start seeing younger people landing in the ICU,” said the study’s lead author, David Kass, MD, a professor of cardiology and medicine at Johns Hopkins University School of Medicine in Baltimore, Maryland.

“In that sense, there’s a simple message: If you’re very, very overweight, don’t think that if you’re 35 you’re that much safer [from severe COVID-19] than your mother or grandparents or others in their 60s or 70s,” Kass told Medscape Medical News.

The findings, which Kass describes as a “2-week snapshot” of 265 patients (58% male) in late March and early April at a handful of university hospitals in the United States reinforces other recent research indicating that obesity is one of the biggest risk factors for severe COVID-19 disease, particularly among younger patients. In addition, a large British study showed that, after adjusting for comorbidities, obesity was a significant factor associated with in-hospital death in COVID-19.

But this new analysis stands out as the only dataset to date that specifically “asks the question relative to age” of whether severe COVID-19 disease correlates to ICU treatment, he said.

The mean age of his study population of ICU patients was 55, Kass said, “and that was young, not what we were expecting.”

“Even with the first 20 patients, we were already seeing younger people and they definitely were heavier, with plenty of patients with a BMI over 35 kg/m2,” he added. “The relationship was pretty tight, pretty quick.”

“Just don’t make the assumption that any of us are too young to be vulnerable if, in fact, this is an aspect of our bodies,” he said.

Steven Heymsfield, MD, past president and a spokesperson for The Obesity Society, agrees with Kass’ conclusions.

“One thing we’ve had on our minds is that the prototype of a person with this disease is older…but now if we get [a patient] who’s symptomatic and 40 and obese, we shouldn’t assume they have some other disease,” Heymsfield told Medscape Medical News.

“We should think of them as a susceptible population.”

Kass and colleagues agree. “Public messaging to younger adults, reducing the threshold for virus testing in obese individuals, and maintaining greater vigilance for this at-risk population should reduce the prevalence of severe COVID-19 disease [among those with obesity],” they state.

“I think it’s a mental adjustment from a healthcare standpoint, which might hopefully help target the folks who are at higher risk before they get into trouble,” Kass told Medscape Medical News.

Kass and coauthors write that, in analyzing their data, they anticipated similar results to the largest study of 1591 ICU patients from Italy in which only 203 were younger than 51 years. Common comorbidities among those patients included hypertension, cardiovascular disease, and type 2 diabetes, with similar data reported from China.

When the COVID-19 epidemic accelerated in the United States, older age was also identified as a risk factor. Obesity had not yet been added to this list, Kass noted. But following informal discussions with colleagues in other ICUs around the country, he decided to investigate further as to whether it was an underappreciated risk factor.

Kass and colleagues did a quick evaluation of the link between BMI and age of patients with COVID-19 admitted to ICUs at Johns Hopkins, University of Cincinnati, New York University, University of Washington, Florida Health, and University of Pennsylvania.

The “significant inverse correlation between age and BMI” showed younger ICU patients were more likely to be obese, with no difference by gender.

Kass acknowledged that it wasn’t possible with this simple dataset to account for any other potential confounders, but he told Medscape Medical News that “While diabetes, cardiovascular disease, and hypertension, for example, can occur with obesity, this is generally less so in younger populations as it takes time for the other comorbidities to develop.”

He said several mechanisms could explain why obesity predisposes patients with COVID-19 to severe disease.

For one, obesity places extra pressure on the diaphragm while lying on the back, restricting breathing.

“Morbid obesity itself is sort of proinflammatory,” he continued.

“Here we’ve got a viral infection where the early reports suggest that cytokine storms and immune mishandling of the virus are why it’s so much more severe than other forms of coronavirus we’ve seen before. So if you have someone with an already underlying proinflammatory state, this could be a reason there’s higher risk.”

Additionally, the angiotensin-converting enzyme-2 (ACE-2) receptor to which the SARS-CoV-2 virus that causes COVID-19 attaches is expressed in higher amounts in adipose tissue than the lungs, Kass noted.

“This could turn into kind of a viral replication depot,” he explained. “You may well be brewing more virus as a component of obesity.”

Sensitivity Needed in Public Messaging About Risks, But Test Sooner

With an obesity rate of about 40% in the United States, the results are particularly relevant for Americans, Kass and Heymsfield say, noting that the country’s “obesity belt” runs through the South.

Heymsfield, who wasn’t part of the new analysis, notes that public messaging around severe COVID-19 risks to younger adults with obesity is “tricky,” especially because the virus is “still pretty common in nonobese people.”

Kass agrees, noting, “it’s difficult to turn to 40% of the population and say, ‘You guys have to watch it.'”

But the mounting research findings necessitate linking obesity with severe COVID-19 disease and perhaps testing patients in this category for the virus sooner before symptoms become severe.

And of note, since shortness of breath is common among people with obesity regardless of illness, similar COVID-19 symptoms might catch these individuals unaware, pointed out Heymsfield, who is also a professor in the Metabolism and Body Composition Lab at Pennington Biomedical Research Center at Louisiana State University, Baton Rouge.

“They may find themselves literally unable to breathe, and the concern would be that they wait much too long to come in” for treatment, he said. Typically, people can deteriorate between day 7 and 10 of the COVID-19 infection.

Individuals with obesity “need to be educated to recognize the serious complications of COVID-19 often appear suddenly, although the virus has sometimes been working its way through the body for a long time,” he concluded.

Kass and Heymsfield have declared no relevant financial relationships.

Mandy Moore’s Immune Thrombocytopenic Purpura
Remote Behavioral Therapy Works for Kids With Tic Disorder
How and Why a $35 Insulin Price Cap Failed in the Senate
Education Matters with Christian Arbelaez
More than 1 in 4 kids hospitalized for Covid or MIS-C have symptoms for months, study finds