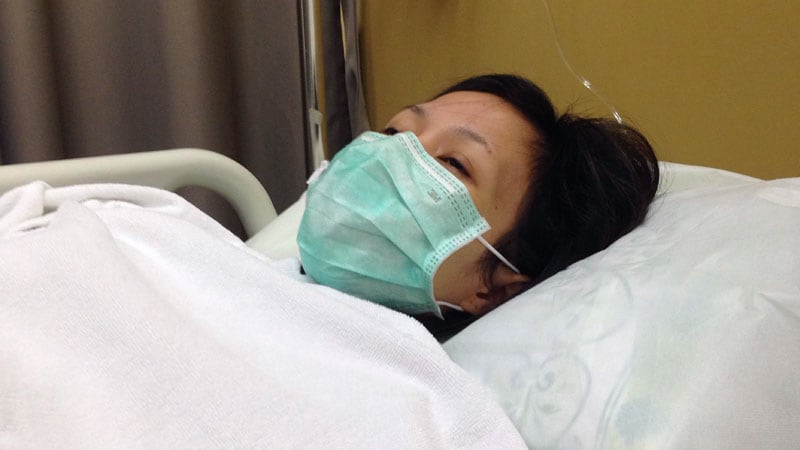 Moderately ill COVID-19 patients benefit from a 5-day course of the investigational drug remdesivir, Gilead Sciences announced on Monday. The topline results from the company’s randomized phase 3 SIMPLE trial are the first to show that the drug improves outcomes among patients who are hospitalized with COVID-19 but who do not need respiratory support. However, because of limitations, the data are unlikely to affect care in the near future, experts said.

According to a company news release, researchers found that moderately ill patients who received a 5-day course of remdesivir were 65% more likely to improve by day 11 of the study compared with patients who received standard of care. However, patients randomly assigned to receive a 10-day course of the drug did not show statistically significant improvements over the standard-of-care group. Although the study provides further support for the drug’s use for treatment of COVID-19, the results may not immediately affect clinical practice, experts told Medscape Medical News.

“It does create a little bit of a challenge; it’s only an intravenous drug, and in general it’s already in short supply,” said Daniel Kaul, MD, a professor of infectious diseases and the principal investigator for the SIMPLE studies at the University of Michigan. These factors will likely make it difficult to justify using remdesivir for moderately ill patients for the time being, even if the drug is approved by the US Food and Drug Administration (FDA) soon, he says.

For the open-label study, researchers enrolled 600 patients with COVID-19 who were hospitalized because of comorbidities or viral pneumonia but whose oxygen levels were not reduced. Patients were randomly assigned to receive either standard of care (n = 200), a 5-day course of remdesivir (n = 191), or a 10-day course of remdesivir (n = 193). Clinical improvement was assessed using a seven-point ordinal scale on day 11. Outcomes ranged from hospital discharge to death.

The company said it plans to submit the full findings to a peer-reviewed journal in the next few weeks.

In contrast with the Gilead announcement, the results of a study conducted by the National Institute of Allergy and Infectious Diseases (NIAID) did not find a clear benefit with remdesivir among patients with COVID-19 who did not require supplemental oxygen, says Aneesh Mehta, MD, associate professor of infectious diseases at Emory University School of Medicine, Atlanta, Georgia, who is lead investigator at Emory University for the NIAID remdesivir trial.

The new data from SIMPLE “may open the door to use [remdesivir] even earlier in patients before they need oxygen, and they may potentially have some benefit,” said Mehta, who was not involved in the SIMPLE trial. “But I think we still need to see more data.”

“I think it’s encouraging to have another study that has a placebo arm that shows that remdesivir does result in a better outcome in patients with COVID-19,” said Kaul. “We’ll have to see if there are other benefits when they are able to publish the whole dataset.”

The effectiveness of a shorter, 5-day remdesivir course was also reflected in Gilead’s first SIMPLE study, which examined the effect of the drug on severely ill patients. In that study, the results of which were announced by the company in late April, patients who received a 5-day course experienced clinical improvement similar to that of patients who received a 10-day course.

Without seeing the full dataset, it’s hard to draw conclusions about the benefit of a 5-day vs 10-day course in moderately ill patients, says Mehta. Multiple factors could have affected the analysis, including differences between patients in the 5-day and 10-day arms. In Gilead’s earlier trial that enrolled more severely patients, for example, patients assigned to the 10-day group had worse clinical status at baseline than patients in the 5-day group. “Sometimes that happens in a randomized study, there’s that difference just by random chance,” he explained. And sometimes patients improve and are discharged from the hospital before they complete their 10-day course, Mehta says.

Huhn is not sure what clinical impact these results will have in the near term, however. “The FDA would have to make a determination to modify the emergency use authorization” in order for physicians to prescribe remdesivir more broadly, he said. Even were the FDA to approve the drug quickly, adequate supply could still be a problem as Gilead scales up manufacturing, says Kaul. A spokesperson for the FDA told Medscape Medical News late last week that it did not have an update as to if and when the drug would receive full approval.

Often, moderately ill patients recover without assistance from remdesivir, notes Kaul. “I wouldn’t favor giving it to people with moderate disease in most cases if that meant we would not have drug available for people with severe disease,” he said. In addition, administering the intravenous drug safely in an outpatient setting would require some creative solutions, such as specialized infusion centers.

From all the studies published so far, there seems to be a benefit to initiating treatment with the antiviral earlier in the disease course, Mehta says. Diagnosing patients and starting treatment earlier could help physicians make the most of the drug in their fight against COVID-19.

“It’s not a cure as people think of a cure, but it’s generally having an effect,” Kaul said. “And that’s the first thing that’s been shown now in multiple high-quality studies to reduce at least the morbidities associated with SARS-CoV-2.”