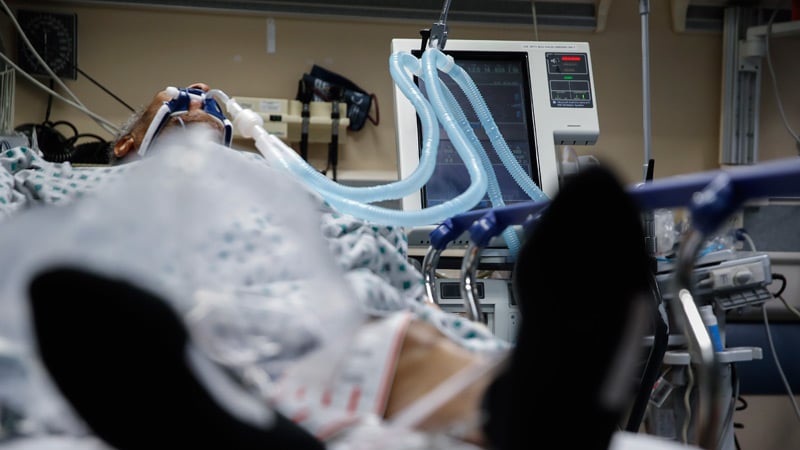 Hospitalized patients who had advanced COVID-19 with lung involvement and who received the antiviral agent remdesivir (Gilead Sciences) recovered faster than similar patients who received placebo, according to a preliminary data analysis from a US-led randomized, controlled trial.

On the basis of as yet unpublished data, remdesivir “will be the standard of care” for patients with COVID-19, said Anthony Fauci, MD, director of the National Institute of Allergy and Infectious Diseases (NIAID), during a press conference at the White House today.

The randomized, placebo-controlled international trial was sponsored by NIAID, which is part of the National Institutes of Health, and enrolled 1063 patients. It began on February 21.

The interim results, discussed in the press conference and in a NIAID press release, show that time to recovery (ie, being well enough for hospital discharge or to return to normal activity level) was 31% faster for patients who received remdesivir than for those who received placebo (P < .001).

The study, known as the Adaptive COVID-19 Treatment Trial (ACTT), is the first clinical trial launched in the United States to evaluate an experimental treatment for COVID-19. It is being conducted at 68 sites ― 47 in the United States and 21 in countries in Europe and Asia.

The data are being released after an interim review by the independent data safety monitoring board found significant benefit with the drug, Fauci said.

“The reason we are making the announcement now is something that people don’t fully appreciate: Whenever you have clear-cut evidence that a drug works, you have an ethical obligation to let the people in the placebo group know so they could have access,” he explained.

“When I was looking at the data with our team the other night, it was reminiscent of 34 years ago in 1986 when we were struggling for drugs for HIV,” said Fauci, who was a key figure in HIV/AIDS research. “We did the first randomized, placebo-controlled trial with AZT. It turned out to have an effect that was modest but that was not the endgame because, building on that, every year after, we did better and better.”

Similarly, new trials of drugs for COVID-19 will build on remdesivir, with other agents being added to block other pathways or viral enzymes, Fauci said.

The study will be submitted to a journal for peer review, he noted, but the New York Times is reporting that the US Food and Drug Administration will approve remdesivir for emergency use later today.

In contrast to the positive results Fauci described from the NIAID-sponsored trial, a randomized, placebo-controlled clinical trial of remdesivir among hospitalized patients with severe COVID-19 in China was inconclusive.

The study, published online in the Lancet today, showed some nonsignificant trends toward benefit but did not meet its primary endpoint.

The study was stopped early after 237 of the intended 453 patients were enrolled, owing to a lack of additional patients who met the eligibility criteria. The trial was thus underpowered.

Results showed that treatment with remdesivir did not significantly speed recovery or reduce deaths from COVID-19, but with regard to prespecified secondary outcomes, time to clinical improvement and duration of invasive mechanical ventilation were shorter among a subgroup of patients who began undergoing treatment with remdesivir within 10 days of showing symptoms, in comparison with patients who received standard care.

“To me, the studies reported here in The Lancet appear to be less promising than some statements released today from the NIH, so the situation is a bit puzzling to me,” commented Peter Hotez, MD, PhD, dean of the National School of Tropical Medicine at Baylor College of Medicine in Houston, Texas, who was not involved in the study. “I would need to look more closely at the data which NIH is looking at to understand the differences.”

The published trial was conducted at 10 hospitals in Hubei, China. Enrollment criteria included being admitted to hospital with laboratory-confirmed SARS-CoV-2 infection within 12 days of symptom onset, having oxygen saturation of 94% or less, and having radiologically confirmed pneumonia.

Patients were randomly assigned in a 2:1 ratio to receive intravenous remdesivir (200 mg on day 1 followed by 100 mg on days 2–10 in single daily infusions) or placebo infusions for 10 days. Patients were permitted concomitant use of lopinavir-ritonavir, interferons, and corticosteroids.

The primary endpoint was time to clinical improvement to day 28, defined as the time (in days) from randomization to the point of a decline of two levels on a six-point ordinal scale of clinical status (on that scale, 1 indicated that the patient was discharged, and 6 indicated death) or tothe patient’s being discharged alive from hospital, whichever came first.

The trial was stopped early because stringent public health measures used in Wuhan led to marked reductions in new patient presentations and because lack of available hospital beds resulted in most patients being enrolled later in the course of disease.

Although not statistically significant, time to clinical improvemenet was numerically faster for patients who received remdesivir than for those who received placebo among patients with symptom duration of 10 days or less (median, 18 days vs 23 days; HR, 1.52; 95% CI, 0.95 – 2.43).

The mortality rates were similar for the two groups (14% of patients who received remdesivir died, vs 13% of those who received placebo). There was no signal that viral load decreased differentially over time between the two groups.

The authors, led by Yeming Wang, MD, China-Japan Friendship Hospital, Beijing, China, note that compared with a previous study of compassionate use of remdesivir, the population in the current study was less ill and was treated somewhat earlier in the disease course (median, 10 days vs 12 days).

Because the study was terminated early, the researchers say they could not adequately assess whether earlier treatment with remdesivir might have provided clinical benefit.

“However, among patients who were treated within 10 days of symptom onset, remdesivir was not a significant factor but was associated with a numerical reduction of 5 days in median time to clinical improvement,” they state.

They add that remdesivir was adequately tolerated and that no new safety concerns were identified.

In an accompanying comment in the Lancet, John David Norrie, MD, Edinburgh Clinical Trials Unit, United Kingdom, points out that this study “has not shown a statistically significant finding that confirms a remdesivir treatment benefit of at least the minimally clinically important difference, nor has it ruled such a benefit out.”

Norrie is cautious about the fact that the subgroup analysis suggested possible benefit for those treated within 10 days.

Although he says it seems biologically plausible that treating patients earlier could be more effective, he adds that “as well as being vigilant against overinterpretation, we need to ensure that hypotheses generated in efficacy-based trials, even in subgroups, are confirmed or refuted in subsequent adequately powered trials or meta-analyses.”

Noting that several other trials of remdesivir are underway, he concludes: “With each individual study at heightened risk of being incomplete, pooling data across possibly several underpowered but high-quality studies looks like our best way to obtain robust insights into what works, safely, and on whom.”

Omicron: Why The WHO Designated It A Variant Of Concern
In COVID Battle, Omicron May Outrun Delta, Experts Say
Researchers May Be Able to Predict Breast Cancer Metastasis by Changes in Healthy Lung Tissue
Beloved Preschool Teacher Dies of Breast Cancer, Leaving Behind 9-Year-Old Son
Tips from Your Cancer Care Team – Coping with Treatment During the Holidays