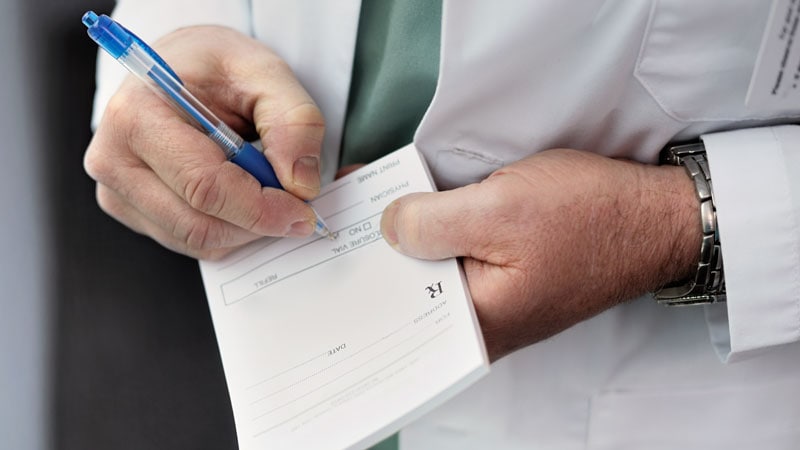 Financial payments from the pharmaceutical industry to US physicians were associated with increased prescribing of the paying manufacturer’s drug, concludes a review of 36 recent studies.

It also found evidence of “a temporal association and dose-response [that] suggest a causal relationship.”

The review was published November 24 in the Annals of Internal Medicine.

More than two thirds (67%) of physicians received pharmaceutical payments between 2015 and 2017, the review notes. The proportion was even higher (>80%) in some specialties, including medical oncology, orthopedic surgery, and urology.

“Unfortunately, I think a lot of us have fallen prey to the pharma’s messaging on this issue — which is that conflicts of interest actually benefit patients,” Mitchell told Medscape Medical News. “They give reasons such as doctors learning about new drugs, or contributing new ideas, as the result of these payments.”

This is what doctors want to hear, he continued: they like getting free lunch delivered to their offices and being flown to luxury locations to give paid lectures, so this is a message that they are receptive to. But the results of this study clearly show that this message is wrong, he emphasized.

“Accepting industry money makes us worse doctors, not better,” he said. “My hope is that as more doctors become aware of these data they will start to change their minds. Doctors want to do best by their patients, so I think the key is showing them that these industry relationships are hurting rather than helping.”

An expert not involved in the study also hopes that the new data will be convincing.

“One of the historical oppositions to further reform has been the fact that individual physicians were resistant to the idea that marketing could drive their prescribing practices,” commented Aaron S. Kesselheim, MD, JD, MPH, professor of medicine and director of the Program On Regulation, Therapeutics, and Law at Harvard Medical School, Boston, Massachusetts.

“Hopefully, solid systematic reviews like this one can help finally put to rest that idea,” Kesselheim told Medscape Medical News.

In their study, Mitchell and colleagues assessed the influence of payments on clinical decision making and drug prescribing by conducting a systematic review of the published literature. A total of 36 studies comprising 101 analyses were included in their final review.

Overall, 30 studies found only positive associations between industry payments and prescribing, while the remaining six had mixed findings. None of the studies reported only null results.

Of the 101 individual analyses, 89 (88%) identified a positive association between industry payments and prescribing. The remaining 12 analyses were null, and none identified an inverse association.

The authors also looked at what types of payments physicians were receiving. Food and beverage payments were the most common type of payment; compensation payments, honoraria, and consulting fees were less common, but the monetary value was much higher.

The review also found that the dollar value of personal payments has been rising. They estimate that total pharmaceutical payments to physicians reached around $2.1 billion in 2018.

Receiving payments from industry was associated with increased prescribing of the paying company’s drug, higher prescribing costs, and an increase in prescribing branded products.

This practice leads to higher healthcare costs. “Many of the studies we reviewed that looked at brand-name prescribing also looked at healthcare costs,” Mitchell told Medscape Medical News. “Doctors who received payments prescribed more brand-name drugs, and this resulted in overall higher prescription drug costs for those physicians.”

The authors note that despite concerns over the influence of the pharmaceutical industry on prescribing, the practice continues, with one of the main barriers to change being the doctors themselves.

“In 2009, the Institute of Medicine — now the National Academy of Medicine — issued a report on conflicts of interest that encouraged the medical community to eliminate these conflicts through self-regulation,” said Mitchell. “Unfortunately, we physicians have completely failed to do so.”

Mitchell noted that he is not optimistic about physicians’ ability to self-regulate on this issue. “I think that external action, such as a government ban on such conflicts, will be necessary,” he said. “And I would support such a ban.”

In a Better Place, but…

Harvard’s Kesselheim says the situation is better than it was — there have been reforms and some progress has been made. For example, some data have suggested that since the inception of the Open Payments program, fewer American medical oncologists appear to be engaging with industry. But even though fewer oncologists are receiving payments, industry spending has not decreased.

”We’re certainly in a better place than we were two decades ago, when pharmaceutical marketing was ubiquitous and nearly all drug manufacturers were caught violating rules, such as by engaging in off-label marketing,” Kesselheim told Medscape Medical News.

“Since then, more large academic medical centers have taken steps to better oversee the financial relationships of their physicians,” he added.

In addition, more individual physicians have also become aware of the “corrosive effect” that pharmaceutical promotion can have on patient outcomes and the healthcare system, and they have taken steps themselves to limit interactions with marketing, he added.

However, Kesselheim emphasized that pharmaceutical promotion is still a $20-$30 billion dollar per year industry in the US and a large majority of physicians still report financial relationships with industry of many kinds, predominantly through meeting with sales reps and getting meals.

“Going forward, I think more physicians need to consciously avoid pharmaceutical marketing, but in addition to that, we need to support physicians’ efforts to do this by offering more unbiased educational opportunities to learn about evidence-based management of various diseases, proper use of new drugs, and the like,” Kesselheim added. “These can be in the form of in-person so-called ‘academic detailing’ or through better dissemination of best practices and evidence reviews.”

The study was supported by the National Cancer Institute. Mitchell reports a relationship with Merck, outside the submitted work. Kesselheim discloses that he is serving as an expert witness in two cases on behalf of individual plaintiff relators engaged in lawsuits against pharmaceutical manufacturers related to allegedly problematic promotion of their products.