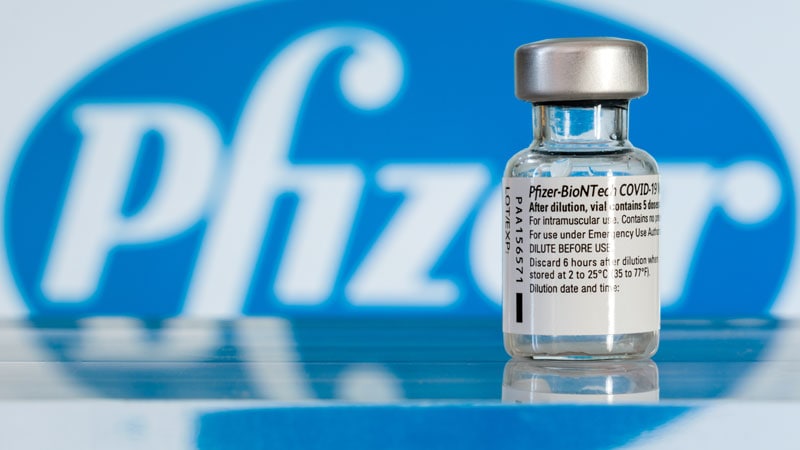 The Pfizer/BioNTech booster lowers the risk for confirmed illness, severe illness, and death from COVID-19, according to two large studies from Israel published today in the New England Journal of Medicine.

Both studies were completed before the advent of the Omicron variant.

In one study that included data on more than 4 million patients, led by Yinon M. Bar-On, MSc, of the Weizmann Institute of Science in Rehovot, Israel, the rate of confirmed SARS-CoV-2 infection was lower in the booster group than in the non-booster group by a factor of about 10.

Researchers analyzed data for the period from July 30 to October 10, 2021, from the Israel Ministry of Health database on 4.69 million people at least 16 years old who had received two Pfizer doses at least 5 months earlier.

In the main analysis, the researchers compared the rates of confirmed COVID-19, severe disease, and death among those who had gotten a booster at least 12 days earlier with the rates in a non-booster group.

The authors write: “Booster vaccination programs may provide a way to control transmission without costly social-distancing measures and quarantines. Our findings provide evidence for the short-term effectiveness of the booster dose against the currently dominant [D]elta variant in persons 16 years of age or older.”

A second study in the NEJM , led by Ronen Arbel, PhD, with the Community Medical Services Division, Clalit Health Services, in Tel Aviv, Israel, which included more than 800,000 participants, also found mortality risk was greatly reduced among those who received the booster compared with those who didn’t get the booster.

Participants age 50 or older who received a booster at least 5 months after a second Pfizer dose had 90% lower mortality risk due to COVID-19 than participants who did not get the booster.

The study included all Clalit Health Services (CHS) members who were age 50 or older on the study start date and had received two Pfizer doses at least 5 months earlier. CHS covers about 52% of the Israeli population and is the largest of four healthcare organizations in Israel that provide mandatory healthcare.

The authors note that although the study period was only 54 days (August 6-September 29), during that time “the incidence of COVID-19 in Israel was one of the highest in the world.”

Authors of both original articles point out that the studies are limited by short time periods and that longer-term studies are needed to see how the booster shots stand up to known and future variants, such as Omicron.

Marcia Frellick is a freelance journalist based in Chicago. She has previously written for the Chicago Tribune, Science News, and Nurse.com, and was an editor at the Chicago Sun-Times, the Cincinnati Enquirer, and the St. Cloud (Minnesota) Times. Follow her on Twitter at @mfrellick

Supreme Court deals a setback to abortion providers’ bid to quickly block Texas law
5 steps to use crystals for healing and self-care
Overall Breast Cancer Incidence Down Since 1999, Rates Increase for Women Under 40
Omicron: Viral Load Can Be At Its Highest At Day Five So Cutting Isolation Period Doesn’t Make Sense
Omicron found to have higher environmental stability among SARS-CoV-2 variants