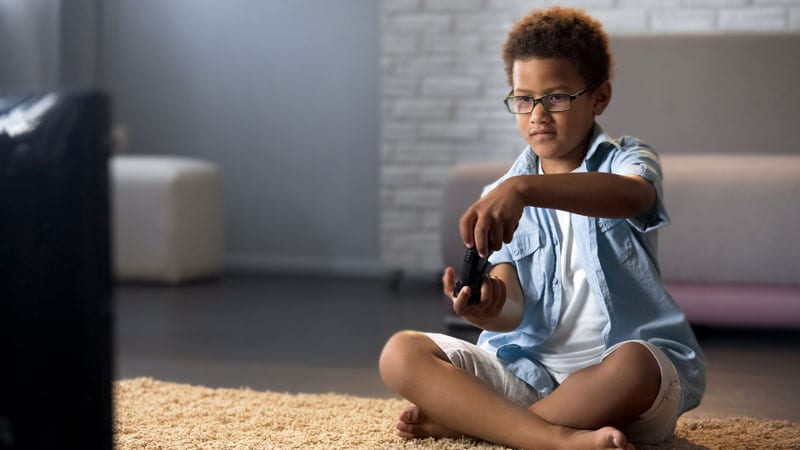 Obesity rates among children jumped substantially in the first months of the COVID-19 pandemic, according to a study published online in Pediatrics. Experts worry the excess weight will be a continuing problem for these children.

“Across the board in the span of a year, there has been a 2% increase in obesity, which is really striking,” lead author Brian P. Jenssen, MD, MSHP, told Medscape Medical News.

The prevalence of obesity in a large pediatric primary care network increased from 13.7% to 15.4%.

Preexisting disparities by race or ethnicity and socioeconomic status worsened, note Jenssen, a primary care pediatrician affiliated with the Children’s Hospital of Philadelphia (CHOP) and the Perelman School of Medicine, the University of Pennsylvania, Philadelphia, Pennsylvania, and colleagues.

The researchers compared the average obesity rate from June to December 2020 with the rate from June to December 2019 among patients in the CHOP Care Network, which includes 29 urban, suburban, and semirural clinics in the Philadelphia region. In June 2020, the volume of patient visits “returned to near-normal” after a dramatic decline in March 2020, the study authors write.

The investigators examined body mass index (BMI) at all visits for patients aged 2 to 17 years for whom height and weight were documented. Patients with a BMI at or above the 95th percentile were classified as obese. The analysis included approximately 169,000 visits in 2019 and about 145,000 in 2020.

Increases in obesity rates were more pronounced among patients aged 5 to 9 years and among patients who were Hispanic/Latino, non-Hispanic Black, publicly insured, or from lower-income neighborhoods.

Nearly 25% of Hispanic/Latino or non-Hispanic Black patients seen during the pandemic were obese, compared with 11.3% of non-Hispanic White patients. Before the pandemic, differences by race or ethnicity had been about 10% to 11%.

Limiting the analysis to preventive visits did not meaningfully change the results, Jenssen and colleagues say.

“Having any increase in the obesity rates is alarming,” commented Sandra Hassink, MD, medical director for the American Academy of Pediatrics’ (AAP’s) Institute for Healthy Childhood Weight. “I think what we’re seeing is what we feared.”

Before the pandemic, children received appropriately portioned breakfasts and lunches at school, but during the pandemic, they had less access to such meals, the academy noted. Disruptions to schooling, easier access to unhealthy snacks, increased screen time, and economic factors such as parents’ job losses were further factors, Hassink said.

In December 2020, the AAP issued two clinical guidance documents to highlight the importance of addressing obesity during the pandemic. Recommendations included physician counseling of families about maintaining healthy nutrition, minimizing sedentary time, and getting enough sleep and physical activity, as well as the assessment of all patients for onset of obesity and the maintenance of obesity treatment for patients with obesity.

In addition to clinical assessments and guidance, Jenssen emphasized that a return to routines may be crucial. Prepandemic studies have shown that many children, especially those insured by Medicaid, gain more weight during the summer when they are out of school, he noted. Many of the same factors are present during the pandemic, he said.

“One solution, and probably the most important solution, is getting kids back in school,” Jenssen said. School disruptions also have affected children’s learning and mental health, but those effects may be harder to quantify than BMI, he said.

Jenssen suggests that parents do their best to model good routines and habits. For example, they might decide that they and their children will stop drinking soda as a family, or opt for an apple instead of a bag of chips. They can walk around the house or up and down stairs when talking. “Those sort of little things can make a big difference in the long run,” Jenssen said.

Clinicians should address obesity in a compassionate and caring way, be aware of community resources to help families adopt healthy lifestyles, and “look for the comorbidities of obesity,” such as type 2 diabetes, liver disease, sleep apnea, knee problems, and hypertension, Hassink said.

Policies that address other factors, such as the cost of healthy foods and the marketing of unhealthy foods, may also be needed, Hassink said.

“I’ve always thought of obesity as kind of the canary in the coal mine,” Hassink said. “It is important to keep our minds on the fact that it is a chronic disease. But it also indicates a lot of things about how we are able to support a healthy population.”

Other researchers have assessed how healthy behaviors tended to take a turn for the worse when routines were disrupted during the pandemic. Steven B. Heymsfield, MD, a professor in the metabolism and body composition laboratory at Pennington Biomedical Research Center, Louisiana State University System, Baton Rouge, Louisiana, and collaborators documented how diet and activity changed for children during the pandemic.

Heymsfield worked with researchers in Italy to examine changes in behavior among 41 children and adolescents with obesity in Verona, Italy, during an early lockdown.

As part of a longitudinal observational study, they had baseline data about diet and physical activity from interviews conducted from May to July 2019. They repeated the interviews 3 weeks after a mandatory quarantine.

Unpublished follow-up data indicate that “there was further deterioration in the diets and activity patterns” for some but not all of the participants, Heymsfield said.

Heymsfield was hopeful that children who experienced the onset of obesity during the pandemic may lose weight when routines return to normal, but he said it is unclear whether that will happen.

“My impression from the limited written literature on this question is that for some kids who gain weight during the lockdown or, by analogy, the summer months, the weight doesn’t go back down again. It is not universal, but it is a known phenomenon that it is a bit of a ratchet,” he said. “They just sort of slowly ratchet their weights up, up to adulthood.”

Recognizing weight gain during the pandemic may be an important first step.

“The first thing is not to ignore it,” Heymsfield said. “Anything that can be done to prevent excess weight gain during childhood — not to promote anorexia or anything like that, but just being careful — is very important, because these behaviors are formed early in life, and they persist.”

CHOP supported the research. Jenssen and Hassink have disclosed no relevant financial relationships. Heymsfield is a medical advisor for Medifast, a weight loss company.

Jake Remaly is a staff journalist at Medscape Medical News and MDedge. He has covered healthcare and medicine for more than 5 years. He can be reached at jremaly@mdedge.com.

Negative impacts of the pandemic, discrimination contribute to decline in infant vaccinations
The Gut Microbiome and C. difficile
Why Choose Respite During Winter
Researchers investigate the perception of gender from children’s voices
The incredible value of going public