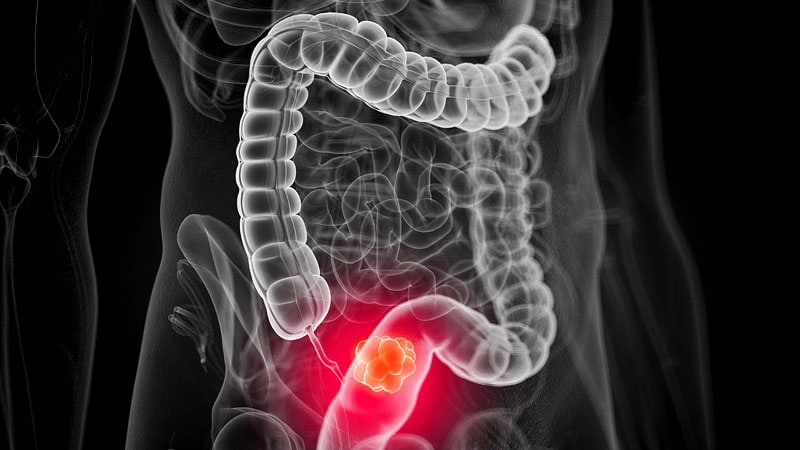 The median PFS was 16.5 months for patients who received pembrolizumab and 8.2 months for those who received investigators’ choice of chemotherapy (one of six regimens).

“In the past, no medical treatment has shown such difference in terms of improvement of PFS in metastatic colorectal cancer,” said study investigator Thierry André, MD, of Hôpital Saint Antoine in Paris.

“Today, this study demonstrates that the majority of the 5% of patients with metastatic colorectal cancer selected by MSI-high status benefited greatly from anti–PD-1 [programmed death-1] pembrolizumab, compared with standard of care,” he added.

Dr. André discussed the study in a press briefing prior to his presentation of the data as part of the American Society of Clinical Oncology virtual scientific program.

“I think this is setting a new standard of care,” said Michael J. Overman, MD, of the University of Texas MD Anderson Cancer Center in Houston. Dr. Overman, the invited discussant, commented on the KEYNOTE-177 study in an interview prior to the presentation.

“The only area where I think the question on pembrolizumab is still open would be in the group of patients where we’re saying ‘I care about the near future — this patient has so many symptoms and so much disease burden that I care what happens in the short term,'” Dr. Overman said. He added that, for this subgroup of patients, chemotherapy or pembrolizumab in combination with another immunotherapy, such as ipilimumab, might be more appropriate.

Patients assigned to the chemotherapy arm were allowed to cross over to pembrolizumab for up to 35 cycles if they had disease progression confirmed by central review.

In all, 20.9% of patients on pembrolizumab and 42.2% of those on chemotherapy had stable disease. Rates of progressive disease were 29.4% and 12.3%, respectively.

Grade 3 or greater treatment-related adverse events occurred in 22% of patients on pembrolizumab and 66% on chemotherapy.

This article originally appeared on MDedge.