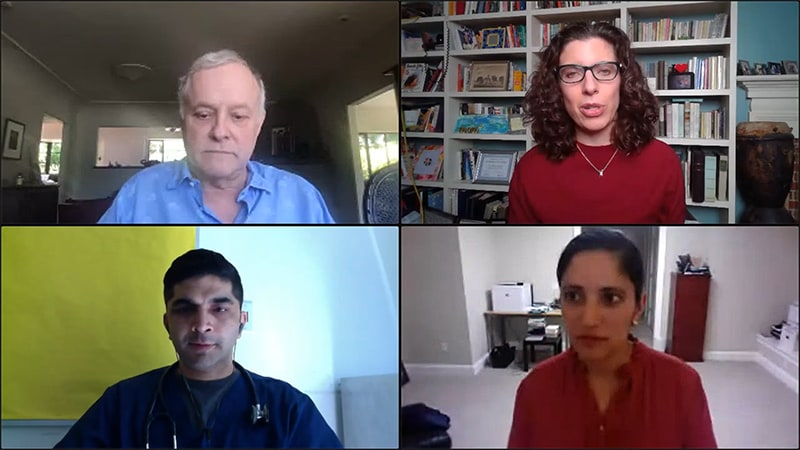 The most urgent demand, say the event organizers, called Need Masks Today, is for the White House to expand use of the Defense Production Act (DPA) to require immediate manufacturing and equitable distribution of masks and other PPE. The Need Masks Today effort was coordinated by Yale University resident physicians and other medical professionals.

“For lack of a 75-cent piece of equipment, we’re losing lives and putting more lives at risk,” said Lisa Lattanza, MD, chair of the Department of Orthopaedics and Rehabilitation at the Yale School of Medicine in New Haven, Connecticut.

“This is real. And part of the problem is it’s not real to people who aren’t facing this every single day. It has to get very real, very fast,” she said.

Law Has Been Used for Ventilators, Not Masks

While the White House has used the DPA to ramp up production of some items, such as ventilators, the law has not been extended fully to PPE.

The Defense Production Act gives the government the authority to control the supply chain, from compelling companies to make certain items to distributing them.

States have said they need this directive from the federal level because the current system forces them to compete with each other.

On March 4, at the start of the pandemic, according to the US Department of Health and Human Services, the Strategic National Stockpile had only 42 million masks, CNBC reported.

On April 18, the Johns Hopkins Center for Health Security estimated that 236 million masks — N95 respirators and medical masks together — would be needed for a 100-day COVID-19 wave, assuming strict adherence to social distancing.

Lattanza said the material used for the N95s is very specific, and it’s those masks that need to be prioritized.

“The formula for that needs to be given up,” she said. “Whoever can manufacture these, they need to be manufacturing them tomorrow. This is no longer about profiteering. I purchased masks this week that [usually cost] 75 cents per mask that were being sold for $5.50, $6 on the market. We had to pay it. It’s either that or not have the masks,” she said.

Megan Ranney, MD, an emergency physician at Brown University in Providence, Rhode Island, said the lack of masks and lack of protection shows a lack of value of healthcare workers across the country.

“You would never send troops to battle without body armor,” she said. Ranney is also an organizer at another group leading the effort, GetUsPPE.org.

But not having masks goes far beyond healthcare workers, speakers noted.

Ranney added, “It is also horrific that we activate the DPA for meat packing plants, but we can’t give the people that work there adequate PPE.”

The pandemic has exposed deep-rooted health disparities, she said. The workers who don’t have the choice to stay home are often minority or lower-income people “who are being asked to use homemade solutions instead of things that can actually protect them,” she said.

Sanjeev Sriram, MD, a pediatrician at Children’s National Hospital in Washington, DC, and cofounder of another group leading the effort, Masks for America, said, “We shouldn’t have to be doing this. We spend more on healthcare than any other wealthy country in the history of the world on the face of this planet. For people to have to do this kind of effort just to get the most basic scientific protection — this is not a moonshot.”

“None of these things should be political,” Lattanza said. “Doctors, nurses, and healthcare workers should be in charge of what happens when there’s a pandemic — not politicians, not administrators, but the people who actually know how to [take] care of these problems. This goes much deeper than running out of masks.”

Lattanza said it will take a national effort to improve the situation.

“All of our efforts need to play out with getting manufacturers in the United States to be able to produce these things reliably and in large quantities because we can’t impact what’s happening overseas,” she said.

“Invoking the DPA would provide incentives to businesses, such as low-cost loans, protection from litigation, and guarantees from buyers,” note four Yale resident physicians in a commentary published yesterday in the Hartford (Connecticut) Courant.

“If the president fails to act, then Congress must pass the Medical Supply Chain Emergency Act, which would take advantage of the DPA’s full potential,” they said. Lattanza acknowledged “herculean efforts” by communities and local manufacturers, but said, “Nobody has been able to come up with the N95 mask like the 3M mask.

“Without an N95, we’re defenseless,” she said. “All the time, money and effort right now needs to go into coming [up] with people in this country that can mass produce these immediately.”

‘Modest’ Benefit for Lecanemab in AD, Adverse Events Common
Common treatment for knee osteoarthritis may be making it worse
New program lowers the risk of car crashes for teenagers with ADHD
Do Glasses Protect Against COVID?
Farts, Poop And Pee: An AI Will Listen To These Sounds And Detect Abnormalities