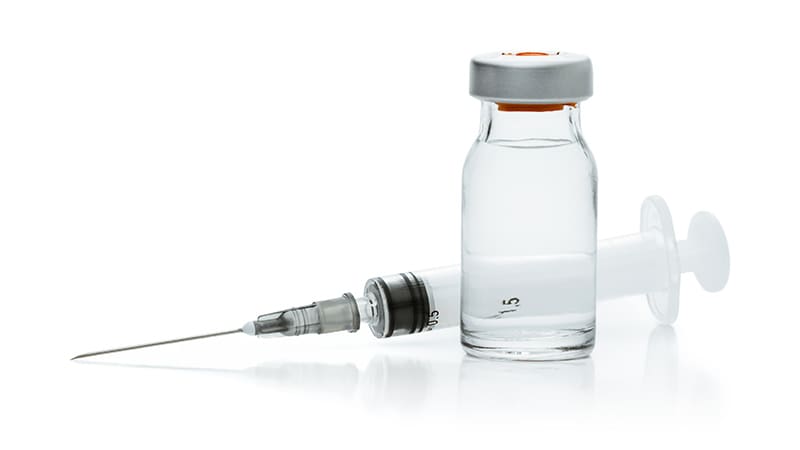 Following a week of uncertainty and calls for transparency regarding the distribution of remdesivir, the federal government today announced its “allocation plan” for the drug.

The announcement from the US Department of Health and Human Services’ Office of the Assistant Secretary for Preparedness and Response (ASPR) contains few details, listing the 13 states that have received (or have been approved to receive) shipments of remdesivir, but not how those states were selected. The federal agency will distribute vials of the donated remdesivir supply to state health departments, which then decide which hospitals will get the drug, according to the statement.

The announcement provides the first details of how the federal government is handling the distribution of limited supplies of the antiviral that Anthony Fauci, MD, director of the National Institute of Allergy and Infectious Diseases (NIAID), called the “standard of care” late last month. Many questions remain, however, including how the government is deciding when different states will receive remdesivir supplies and what increased use of the drug will mean for ongoing COVID-19 clinical trials.

“Definitely a step in the right direction and provides additional clarity,” Daniel Kaul, MD, a professor of infectious diseases at the University of Michigan, wrote to Medscape Medical News in response to the release. “I think having each state health department determine distribution within their state is the best way to proceed.”

The plan does not provide guidance for hospitals in states that are still waiting. “I am not aware of the formula for how these states and quantities were selected and why they were prioritized. If this formula and the timeline were available, we could understand when we might have some medication available,” writes Christine Johnston, MD, MPH, associate professor of medicine in the Division of Allergy and Infectious Diseases at the University of Washington School of Medicine, and member of the UW Medicine committee for COVID-19 treatment guidelines. Washington is not one of the initial states to receive donated remdesivir.

When the US Food and Drug Administration (FDA) issued an emergency use authorization (EUA) for remdesivir on May 1, physicians were excited to finally have a potential treatment for COVID-19 within reach. That feeling was soon mixed with uncertainty, as how exactly limited supplies of the antiviral will be allotted remained murky. Across the country, many physicians have spent the last week holding their breath, waiting to see if their hospital will receive shipments.

By Friday, a full week after the FDA’s initial announcement, the government had not offered a clear indication as to why some hospitals had received the drug under the EUA while others had been denied. “At some point, they should let the public know how the allocation to each state was determined,” says Kaul.

In a statement to Medscape Medical News, an ASPR spokesperson said the current shipments “were based on states with the greatest COVID-19 disease burden, in other words the greatest number of hospitalized COVID-19 patients.”

As more donated remdesivir becomes available from manufacturer Gilead Sciences, the spokesperson said HHS “will work with state health departments to distribute the investigational drug for further distribution to hospitals with the greatest number of COVID-19 patients who meet the criteria in the Emergency Use Authorization.” Saturday’s public statement says that eventually all 50 states, territories, the Veterans Health Administration, and the Indian Health Service will have access to the drug.

“There’s never been as much remdesivir available from Gilead as we would have liked,” he says, noting that of all the ongoing COVID-19 trials at Northwell, the remdesivir trial enrolled the fewest patients because the supply was not available from the manufacturer.

Gilead has said it has about 140,000 courses of remdesivir available and that it plans to donate its entire existing supply to the federal government. Going forward, Gilead plans to massively scale up production of the drug by October and into 2021, according to a statement published on May 1.

That statement does not include information about how that additional supply will be distributed. AmerisourceBergen, the company handling the physical distribution of remdesivir, currently has a note on its website that says the US government will decide which hospitals receive access to the limited supply. When contacted by Medscape Medical News, a representative for AmerisourceBergen confirmed the government will be deciding how to distribute remdesivir but declined to provide further details. Gilead did not respond to a request for comment.

A spokesperson from Northwell Health in New York confirmed that the hospital system received a shipment of remdesivir under the EUA last week. Meanwhile, Sharp Healthcare in San Diego told their physicians that the hospital’s request for remdesivir was denied. In Massachusetts, Mass General received remedesivir while other Boston-area hospitals also treating high numbers of COVID-19 patients, like Boston Medical Center, were denied, reports STAT News.

Still others, like Michigan Medicine, are still awaiting news, according to Kaul. Faced with silence from the government on its process, a researcher at University of California San Francisco (UCSF) tweeted out a simple map he made of which hospitals across the country had been approved or denied for the drug.

So we have all been holding our breath. Hoping to get #remdesvir #EUA for #COVID19 via #US government #supplychain after #Gilead donation. By this AM, only 25 hospitals approved (red). All the blue dots (eg @UCSF) have been refused so far. Crossing fingers & waiting ? pic.twitter.com/B86spseR4n

The lack of transparency also led the Infectious Diseases Society of America (IDSA) and the HIV Medicine Association (HIVMA) to write a letter to Vice President Mike Pence, imploring the federal government to make the distribution process more transparent in an attempt to ensure fair and equitable decision-making.

Battinelli of Northwell Health is skeptical that there is enough evidence at this point to justify using remdesivir outside of a clinical trial. “We feel the data and the interpretation of the results to date have probably been exaggerated,” he says.

Battinelli’s concern has been echoed over the last few weeks by other physicians, who have implored Gilead to conduct more blinded, placebo-controlled trials. “The entire pandemic suffers from a lack of well-designed clinical trials and it’s very unfortunate,” Battinelli says.

But if remdesivir is the “standard of care,” that could complicate or alter ongoing and future clinical trials, says Jennifer Babik, MD, PHD, associate professor of medicine at UCSF’s Division of Infectious Diseases. Investigators will have to decide if there is still the equipoise that would ethically justify having a placebo-controlled trial — or whether remdesivir now needs to be the baseline treatment for each group, she says.

Kaul predicts placebo-controlled trials would still make sense for clinical situations that differ substantially from what the National Institutes of Health (NIH) trial tested, but could be challenging to justify in similar clinical situations. Michigan Medicine plans to continue prioritizing clinical trials even if remdesivir becomes available under the EUA, but the situation in that state is still developing, says Kaul.

To help answer these questions, the FDA said it would provide case-by-case advice and plans to release more guidance soon. “Although FDA has not provided public guidance on remdesivir as part of the standard of care for COVID-19 clinical trials since the EUA for remdesivir was granted on May 1, 2020, we would address this question for individual sponsors on a case-by-case basis as part of our advice process,” an FDA representative told Medscape Medical News. “Sponsors are encouraged to discuss any contemplated revisions to trial design based on emerging information with the FDA…We plan to publish guidance soon to clarify FDA’s scientific and regulatory expectations for COVID-19 product development.”

“I almost feel like the EUA at this point has caused more confusion,” says Katherine Perez, PharmD, an infectious disease pharmacist at Houston Methodist Hospital. “Just because there’s really not a lot of transparency as to what’s going to happen.”