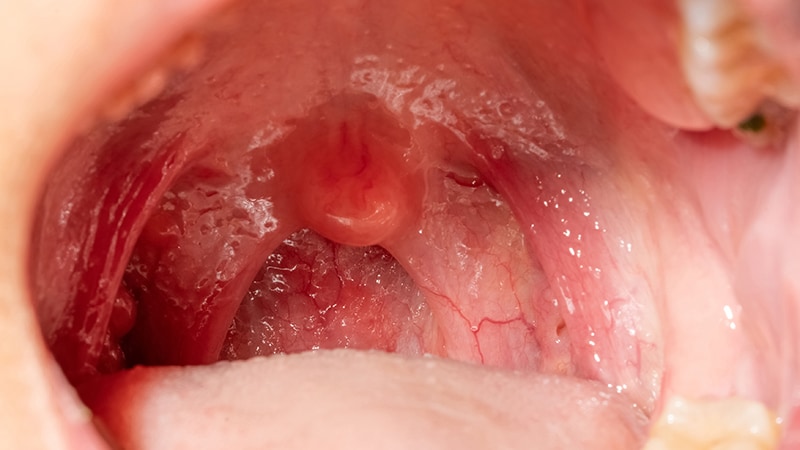 A saliva test for detecting oropharyngeal cancer caused by human papillomavirus-16 (HPV-16) has scored a world first: it detected such a cancer in an asymptomatic adult.

If the finding can be replicated in a larger cohort of healthy asymptomatic individuals, widespread screening for HPV-16 — the main driver behind skyrocketing rates of oropharyngeal cancer — ­­­­­could be one step closer, the researchers suggest.

“Oropharyngeal squamous cells carcinoma often presents at a late stage with patients suffering huge morbidity as a result of treatment [so] we must find strategies to detect these cancers earlier,” senior author Chamindie Punyadeera, PhD, Queensland University of Technology in Brisbane, Australia, told Medscape Medical News in an email.

“This study for the first time provides a solid scientific foundation to initiate a screening trial in high-risk individuals to detect HPV-driven oropharyngeal cancer, she added. “Saliva testing could be broadly implemented and [used] in a screening trial in the future,” she said.

The case report was published online March 31 in Frontiers in Oncology.

The saliva test was developed by Punyadeera and first author Kai Dun Tang, PhD, also from Queensland University of Technology. It is administered as an oral rinse: the individual swishes a saline solution around in his or her mouth for a minute or two, and then spits the sample into a tube.

The saliva test was being scrutinized in an ongoing HPV-16 DNA prevalence study, which involved 650 healthy participants being tested for oral HPV-16 DNA.

“Of these, 3 have been identified to have persistent oral HPV-16 DNA infection,” investigators report.

After having approached these three participants, one middle-aged male who had been consistently HPV-16 DNA positive for a period of 36 months — and whose HPV-16 viral load had been steadily rising over time — was invited to attend an ear, nose and throat clinic for assessment.

As Punyadeera explained, standard clinical assessment for oropharyngeal malignancy includes white light examination for masses, detection of irregularities or asymmetry of the underlying structures and palpation of the tonsil and tongue base.

Cross-sectional imaging with CT or MRI can be helpful as well, she said, but  these imaging studies are unable to detect lesions smaller than a few millimeters in size.

In the case of this individual, salivary oral rinse samples had been collected at baseline, and again at 6, 12, and 36 months after study enrollment as well as 2 weeks after the patient decided to undergo a bilateral tonsillectomy.

DNA was extracted from the salivary oral rinse samples, as well as from the tonsillar tissue obtained after resection. HPV-16 DNA genotyping and viral loads were analyzed with a PCR assay.

Results from the salivary samples indicated that the patient’s HPV-16 DNA viral load had increased exponentially across the 36 months of follow-up, from 3.43 copies/50 ng at baseline to 1281.69 copies/50 ng at 36 months.

On surgery, the patient was found to have a 2 mm squamous cell carcinoma in the left tonsil, but all all other oropharyngeal tissues were normal and HPV-16 DNA negative.

This case report demonstrates that salivary HPV can both detect smaller lesions than either clinical examination or even radiological investigation, and that the same salivary test can likely also be used to monitor treatment response, Punyadeera commented.

As researchers explain in their paper, long-term persistence of HPV-16 infection is most likely a prerequisite for the development of subsequent malignancy.

Unlike cervical cancer caused by HPV-16 infection, the natural history of HPV infection in the oropharyngeal cavity is not known.

However, clinical assessment of patients with either persistent HPV infection or microscopic carcinoma has failed to detect any identifiable abnormalities.

Thus, this is the first report of a histologically confirmed diagnosis of an asymptomatic occult oropharyngeal cancer detected by a screening test through serial measurements of HPV-16 DNA, the investigators emphasize.

The report also demonstrated that very early lesions can be eradicated with minimal morbidity. Unfortunately, most oropharyngeal cancer is currently diagnosed at much later stages, and surgical removal of these is often associated with significant disabilities including difficulties with swallowing and even communicating.

“It’s amazing to think that this man was cured of his disease with a 15-minute procedure which left him with no lasting issues at all,” Punyadeera commented. “We need to try and make this the norm, not the exception.”

“So we must have a well-designed screening study using all the insights we have gained from this case. We owe it to patients to explore these findings to their fullest,” Punyadeera emphasized.

How NatWest Group are making a difference this Giving Tuesday
Reflections from the World Cancer Congress
Farts, Poop And Pee: An AI Will Listen To These Sounds And Detect Abnormalities
Scientists Find Differences In Brain Structure Of Older People With Better Cognitive Abilities
Virtual Yoga Program Appears to Improve IBS Symptoms