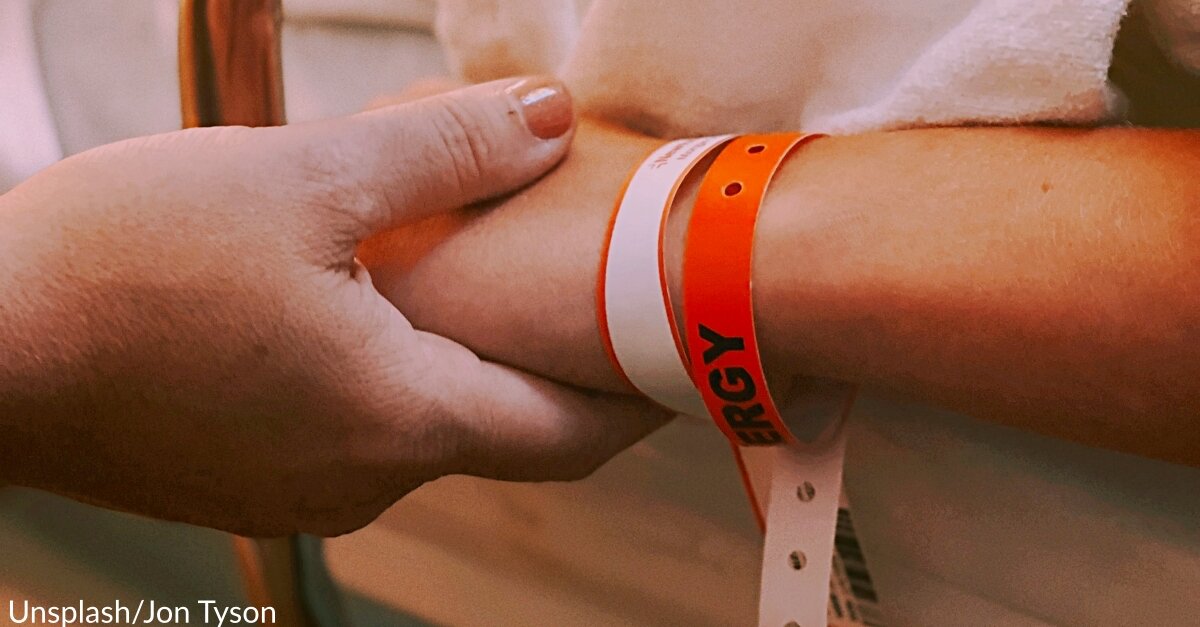 After Jessica Pepin’s stepfather received a bone marrow donation from a stranger that helped him beat his battle with blood cancer, Pepin was inspired to become a donor herself.

After just one month of becoming a donor, she received a call telling her she was a perfect match for a four-year-old boy in Philadelphia who was in need of stem cells!

The boy, named Nicholas, was born with anemia and had been receiving blood transfusions since he was just six weeks old.

Recently, his parents, with Nicholas in agreement, decided that it was time for him to undergo a stem cell transplant.

The frequent trips to the hospital were really taking a toll on him, and a stem cell transplant had a 95 percent chance of completely curing him.

Nicholas soon received a quarter of a cup of Jessica’s donated cells, and it worked! The now five-year-old no longer has to take monthly trips to the hospital to be poked and prodded by needles.

Although Jessica was a stranger at the time, the family was so grateful that she helped save their son.

The best part is that Nicholas and his family were recently able to meet Jessica via video conference, to thank her ‘in person’ for her kindness.

“How can I begin to thank someone who donated stem cells to cure our then 4-year-old son?” Catherina read from a statement she prepared for Jessica. “A simple thank-you doesn’t seem adequate. It’s hard to describe the life-changing impact your selfless act has had on our son and family.”

Thanks to Jessica’s generosity, Nicholas will get to grow up and live a normal life.

Hopefully Jessica and Nicholas’ story will encourage others to become donors. You never know, you could end up changing someone’s life for the better, too!

Watch Jessica and Nicholas meet for the first time in the video below:

AHA Statement on Impact of Major Life Events on Physical Activity
Over 600 people in England set to benefit from innovative lung cancer treatment
The Hidden Cost of Prostatectomy: Patient Regret
Increased illness burden of COVID-19 among unvaccinated first responders
Protective Masks Cut Down COVID-19 Incidence by 53 Percent—Here’s Where to Buy Them Online