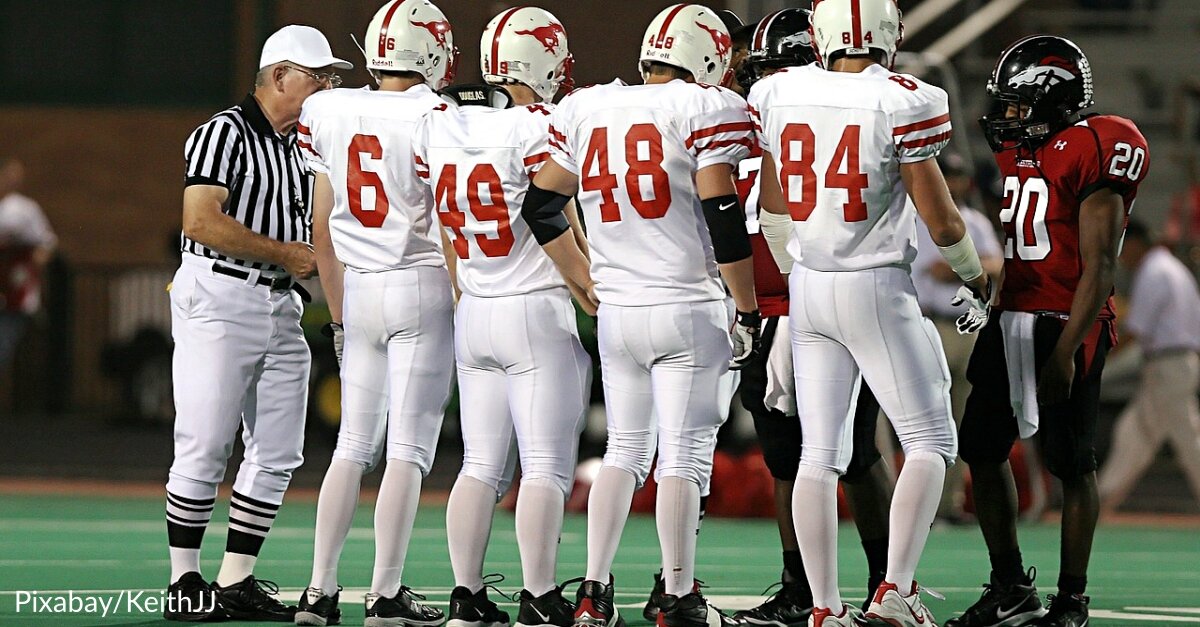 The California School for the Deaf has made history after playing and winning their first-ever semi-finals game.

Not only did they beat Avalon High School 62 to 51, they’ve beaten every single team they’ve faced this season. They’ve scored multiple touchdowns in each game, soaring to victory

“At this point I think I’m speechless. I’m on cloud nine. I was like seriously? This has happened? It’s amazing,” Keith Adams, the head coach, told NBC LA. “They did a fantastic job. I couldn’t even be more proud. I can’t even sign at this point I’m out of words.”

The coach and all of the players are deaf and play without saying a single word to each other. Yet they play against hearing teams and still managed to beat them all. They use high-speed hand signals to communicate their plays during the game.

This was the first time in nearly 70 years that a sport from the school made it to a semi-finals, let alone win it.

“We wanted to show we can do it and if people think we cant it doesn’t matter. We proved that we can excel to the championships,” player Phillip Castaneda, told NBA LA.

The team is a true inspiration for the deaf community, as they continue to win with the odds stacked against them.

They hope to carry their momentum into next week for their Finals game.

Learn more about their team in the video below:

Why Choose Respite During Winter
Clinical Challenges: Test Your Knowledge About Psoriatic Arthritis
Pfizer COVID Vaccine Is 100% Effective in Adolescents: Study
Relaxation of COVID-19 restrictions led to the reemergence of seasonal respiratory viruses in Houston
Association of Height, BMI, and AD in Young Children May Be Transient