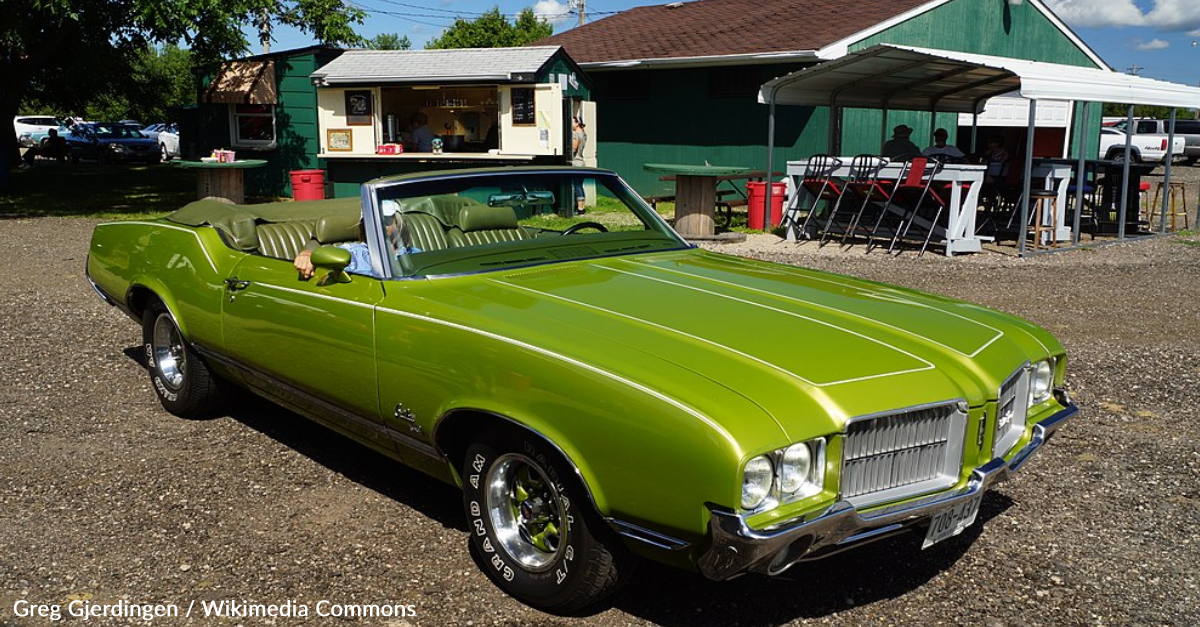 How far would you go to track down the only memento of a loved one who has passed? For John Berry, that question was one that stuck with him for more than 20 years.

When he was just 15 years old, his mother, Janis Berry, passed away unexpectedly at the young age of 43. The year was 1975. “We never got to say goodbye. It was devastating for all of us,” Berry told the Washington Post.

Her belongings were sold in an estate sale shortly after, and soon all that remained was her lime green 1971 Oldsmobile Cutlass Supreme convertible. The car’s title had been in the name of her ex-husband, John’s father, who held onto it until 1980 when he sold it to a collector.

While he didn’t realize it at first, Berry soon came to realize that the car had been a powerful connection to his mother. Some of his best memories had been riding in the back seat, his mother taking him, his brother and sister out for a ride, or to the grocery store. His mother had loved that car, and he had loved his mother.

The more time passed, the more the thought persisted. “As I grew older, I just longed for her to be in my life,” he told the Washington Post. And so, in 1990, he began his quest to track down the car. It started with a name: Mike Hamilton, the car collector who had bought the vehicle in 1980.

Once he’d tracked Hamilton down by email, however, he hit a roadblock: Hamilton didn’t want to sell. He was enjoying the car, along with more than 20 others in his collection, and didn’t want to let it go, even to someone with an emotional tie. But Berry persisted, emailing Hamilton about every six months to inquire about the car and let him know he was still interested. This email chain continued, unbroken, for more than 20 years. Until 2021, when Hamilton changed his mind.

“I am ready to sell the Olds,” Hamilton wrote in a September email. “I have another person that would like to purchase the car but have not encouraged him at all because of your longtime desire.”

A six-hour road trip later, and John was in the presence of his mom’s car once again. He hadn’t seen it since 1980 and was overcome with emotion. At $27,500, it was no small purchase, but after 20 years, nothing could stop him from reclaiming a piece of his mother’s legacy.

When he opened the glove box, he was astonished to find a pair of her signature aviator sunglasses, a map with handwritten notes, and a pair of her silver earrings. To make the whole thing even sweeter: The six hour road trip had been a long way from his home in Kentucky, but was close to his mother’s grave; she had been buried with family in Michigan. With his brother Dave along for the ride, Berry drove the 1971 Oldsmobile to her grave.

Now, Berry drives the car only sparingly, to preserve it — but when he does, he’s got his own kids in the back seat and he tells them stories of their grandma, Janis. After 20 years, a lot of persistence, and a great deal of money, he has finally reconnected with the past and shared that joy with his family.

Watch the video below: