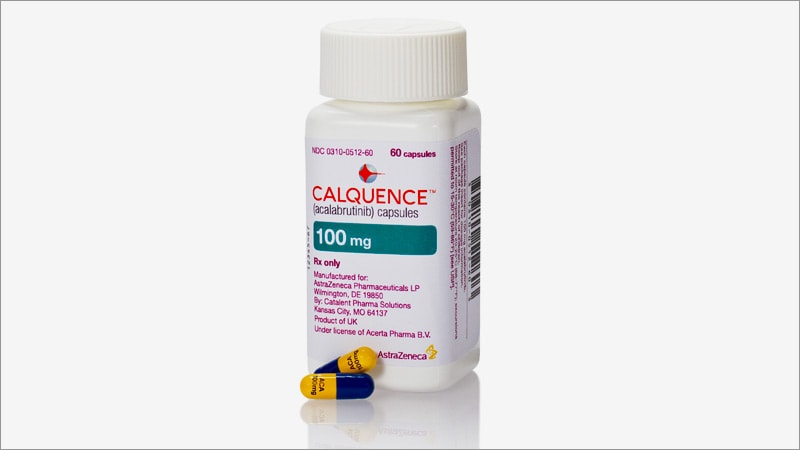 The research was conducted by Mark Roschewski, MD, and colleagues with the Lymphoid Malignancies Branch of the National Cancer Institute (NCI) in Bethesda, Maryland, in collaboration with teams from the National Institute of Allergy and Infectious Diseases (NIAID); Walter Reed National Military Medical Center in Bethesda; and four other US hospitals.

The peer-reviewed results were published online June 5 in Science Immunology.

All 19 patients were hospitalized with COVID-19, had low blood oxygen levels, and had evidence of inflammation. Of the 19 patients, 11 had been receiving supplemental oxygen for an average of 2 days and eight others had been on ventilators for a median of 1.5 (range, 1-22) days.

Within 1 to 3 days after receiving acalabrutinib, most patients in the supplemental oxygen group had a steep drop in inflammation and breathing improved. Eight of the 11 patients were able to come off supplemental oxygen and were discharged from 6 to 10 days after taking the drug, coauthor Wyndham Wilson, MD, PhD, with NCI, told Medscape Medical News.

Wilson noted that the ventilator group included those who already had organ dysfunction at the point when the drug was started.

Acalabrutinib seems to put out those fires by targeting the macrophages that cause cytokine storms, he said. “We saw very rapid decline in the inflammatory markers shortly after giving the drug, and at the same time the patients started breathing easier.”

The next-generation BTK inhibitor has not been approved in any country to treat illnesses related to SARS-CoV-2. In the United States, acalabrutinib is approved for treatment of certain blood cancers.

Lee Greenberger, PhD, chief scientific officer of the Leukemia and Lymphoma Society, told Medscape Medical News the results were “not 100% surprising but impressive.”

“The responses are pretty dramatic,” he said, noting that the work is backed up by research on another BTK inhibitor, ibrutinib (Imbruvica, Pharmacyclics, Janssen), published online May 21 in Blood.

As for potential safety concerns as the research progresses to the CALAVI randomized controlled trial, Greenberger said, “these medicines have been in thousands of patients already, and they can be taken, at least for blood cancer patients, for years,” he said, noting that the course of treatment for acalabrutinib in the COVID-19 research is just 10 days.

Side effects to watch for include atrial fibrillation, he said.

“We know that atrial fibrillation occurs in a grade 3 fashion in about 5% with ibrutinib and less so with acalabrutinib. However, I agree with the paper — it’s not really that much of a concern.”

“It can cause infections, and in COVID patients that’s about the last thing you’d want do,” he said. “But it doesn’t occur very frequently and it’s very low grade.”

Staudt said the evidence that acalabrutinib can be given to patients with cancer for years probably stems from the fact that, unlike other drugs that have a lot of off-target effects, this drug targets one amino acid in one particular protein in the entire genome.

However, he cautioned, “It will be important to be careful in combining this drug with other agents that also affect immune cells. What we know is that as a single agent it’s very well tolerated, but you have to be very careful if you mix it with other drugs that might affect the immune system.”

The findings suggest that acalabrutinib may have been effective because the target, BTK, is hyperactive in severe COVID-19 immune cells.

Staudt said, “What was important to me — from a scientist point of view — is that, as we hypothesized, we found that the target of this drug was active in the blood of patients with COVID-19 compared to healthy volunteers. When you see something apparently good clinically it has even more resonance if you know that the theory behind it is plausible and you have evidence for it.”

Farrukh Awan, MD, director of the lymphoid malignancies program at the University of Texas Southwestern Medical Center in Dallas, told Medscape Medical News it will be interesting to see if acalabrutinib will be able to reduce the chance for thrombosis, which has been seen in COVID-19 patients.

Acalabrutinib comes with a potential side effect of bleeding, which could either help reduce clotting and lead to better outcomes or lead to hemorrhaging, he noted.

Awan said, “This is a very promising study. I think it shows that by using mechanisms that decrease inflammation we can limit the damage to organs and that can help you recover from these complications COVID is causing.”

The authors and outside experts caution that the case series is very small, and the next phases of the trial will be critical in understanding the potential for the drug.

This work is supported by the Intramural Research Program of the National Institutes of Health: NCI, Center for Cancer Research, and NIAID. Individual hospitals provided commercial supply of the study drug for off-label use. Wilson and Staudt have disclosed no relevant financial relationships. Some of the other coauthors are current or past employees of Acerta Pharma, a subsidiary of AstraZeneca, and have received salary and stock compensation from Acerta Pharma. Two of those coauthors are listed as inventors on patents on acalabrutinib assigned to Acerta Pharma and one also has an equity position in AstraZeneca. Greenberger has disclosed no relevant financial relationships. Awan has reported being a consultant and receiving honoraria from AstraZeneca, Genentech, AbbVie, Janssen, Pharmacyclics, Gilead Sciences, Kite Pharma, DAVA Oncology, Celgene, Blueprint medicines, Sunesis, Karyopharm, and MEI Pharma.

Marcia Frellick is a freelance journalist based in Chicago. She has previously written for the Chicago Tribune and Nurse.com and was an editor at the Chicago Sun-Times, the Cincinnati Enquirer, and the St Cloud (Minnesota) Times. Follow her on Twitter at @mfrellick.