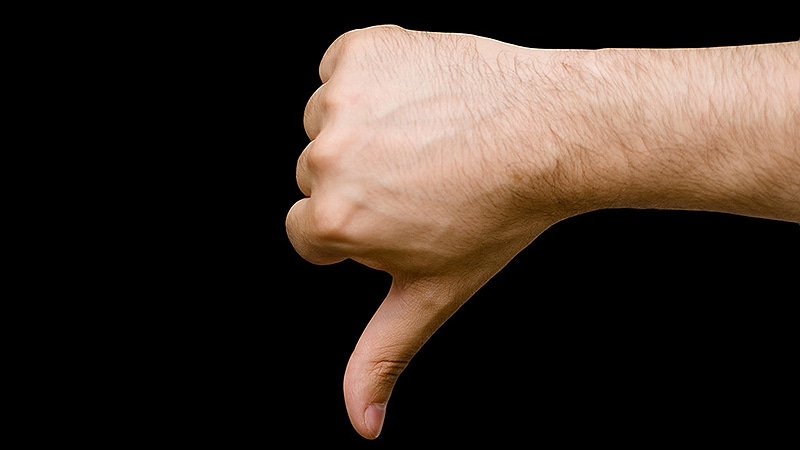 A US Food and Drug Administration (FDA) advisory panel has rejected the atypical antipsychotic pimavanserin (Nuplazid, Acadia Pharmaceuticals) for the treatment of Alzheimer’s disease psychosis (ADP).

In a 9-3 vote, the Psychopharmacologic Drugs Advisory Committee (PDAC) found that the drug’s manufacturer failed to offer convincing evidence of its efficacy in patients with ADP.

Today’s rejection was the second rejection in as many years for a new indication for pimavanserin, which was approved in 2016 for Parkinson’s disease psychosis (PDP).

In April 2021, the FDA denied Acadia’s supplemental new drug application to expand the drug’s indication to include the treatment of all dementia-related psychosis, regardless of the underlying cause of dementia, citing issues with two studies the company presented as evidence of efficacy.

For the current application, Acadia submitted some new analysis of those studies, but limited its application to ADP, which affects up to 30% of patients with Alzheimer’s disease (AD) and currently has no approved treatment.

Committee members who opposed the application were moved by testimony from caregivers and clinicians who treat patients with ADP, but ultimately decided the evidence offered by Acadia once again failed to meet the threshold needed to demonstrate efficacy for an expanded indication.

“Sometimes I struggle with a decision on an advisory committee, but not today,” Dean Follmann, PhD, assistant director for biostatistics, National Institute of Allergy and Infectious Diseases, Bethesda, Maryland, said of his “no” vote.

Pimavanserin is a selective serotonin inverse agonist and antagonist preferentially targeting 5-HT2A receptors, which are thought to play an important role in psychosis, schizophrenia, depression, and other neuropsychiatric disorders.

When it rejected Acadia’s original, broader application for pimavanserin for all dementia-related psychosis, the FDA found that the HARMONY phase 3 trial, previously covered by Medscape Medical News, was underpowered to assess efficacy in specific dementia patient subgroups and lacked statistical significance of efficacy in patients with AD. In addition, it noted that overall findings appeared to be driven by results in patients with Parkinson’s disease dementia, a condition already covered by the approved indication.

The FDA found that the second study, referred to in today’s hearing as Study 019, which was also previously reported by Medscape Medical News, was not “an adequate and well-controlled study.”

Specifically, the agency raised concerns about “protocol deviations,” such as the inclusion of patients who lacked clear documentation that psychotic symptoms developed after an AD diagnosis had been established and patients who received exclusionary medications at the time of randomization.

Discussions between Acadia and the FDA continued over the past year, with the company submitting new analyses and responses. An FDA briefing document published Thursday in advance of the committee meeting seemed to suggest the agency was satisfied with Acadia’s response.

In addition, although the findings at 26 weeks did demonstrate a marked improvement in psychosis symptoms overall, committee members noted that, again, those findings were largely driven by efficacy in patients with Parkinson’s disease dementia, for which the drug is already approved.

When discussing the phase 2 Study 019, the committee noted that while the study met the primary outcome of improvement in psychosis at 6 weeks, those positive responses were not found at any other timepoint in the 12-week study.

“While it might have had a positive numerical effect in the study, the evidence is really not there to support it,” Follman said.

Follman and other committee members called for additional trials that focus on patients with Alzheimer’s disease, have a longer follow-up, and include more gender and racial diversity in the study population. They also called for more information about any off-label use of pimavanserin for ADP since it was approved for PDP in 2016.

Most individuals who testified during the public comment period pleaded with the committee to vote in favor of the new indication, sharing stories of family members and patients with ADP.

“I have been caring for and studying patients with Alzheimer’s disease and other dementias for more than 30 years and I can tell you very simply that if left untreated, psychosis has significant and sometimes devastating consequences for our patients,” said Pierre Tariot, MD, director of the Banner Alzheimer’s Institute and a research professor of psychiatry at the University of Arizona College of Medicine in Tucson, and an investigator on the HARMONY trial.

Those on the committee who voted against the application were quick to agree that lack of an approved treatment for ADP presents a hardship.

“I’m a neurologist who has cared for patients for more than 20 years,” said Madhav R. Thambisetty, MD, PhD, senior investigator for the National Institute on Aging and an adjunct professor of neurology at Johns Hopkins University School of Medicine, Baltimore, Maryland. “I recognize the unmet need in the field, I just think that the unmet need should not be a justification to cut corners.”

The committee did not focus on drug safety or unmet need in its deliberations, although information on both were presented during the meeting.

Commenting on his no vote, PDAC member Walter S. Dunn, MD, PhD, assistant clinical professor of psychiatry at the University of California, Los Angeles, and director of Interventional Psychiatry Service at West Los Angeles Veterans Affairs Medical Center, said he hopes that the FDA will consider those issues more broadly as they complete their review.

“The questions before the committee have been narrow and precise so I trust the agency will take a broader approach in their final decision about approval,” Dunn said.

Commenting on the decision for Medscape Medical News, Howard Fillit, MD, cofounder and chief science officer, Alzheimer’s Drug Discovery Foundation, called the news disappointing, “but while the unmet need for a treatment for ADP is clear, it is vital that approved treatments meet stringent safety and efficacy criteria so we can offer patients medications with clear benefits.”

The FDA will make its final decision by August 4.

Find a list of voting committee members and all documents related to the meeting on the FDA website.

How Does Climate Change Affect Spread Of Infectious Diseases?
Texas Child Below 2 Presumably Tested Positive For Monkeypox: Report
Education Matters with Christian Arbelaez
‘Comprehensive’ Model Flags Recurrence Risk for Panic Disorder
‘An Unreasonable Amount of Work That’s Expected to Be Done’: What We Heard This Week