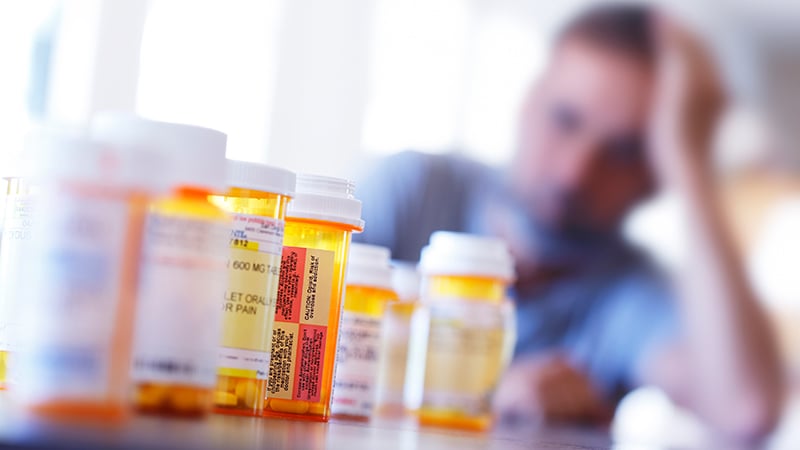 Opioid use does not decline after patients with inflammatory arthritis start TNF inhibitor therapy; in fact, average use appears to increase, results from a new study show.

“Starting a TNF inhibitor, you would think the pain would go down, and we were hoping the dose of opioids would go down with it,” said investigator Olafur Palsson, MD, from the University of Iceland in Reykjavik and Lund University in Sweden.

“But this research shows that the insertion of a TNF inhibitor has only a minor effect on that,” he told Medscape Medical News.

The findings are an “important reminder” to rheumatologists that they should broaden their consideration of other pain treatments and techniques for patients with inflammatory arthritis, Palsson said. “They should focus on trying other tactics to get patients’ pain and stiffness under control; there may be some underlying factors.”

The team assessed nationwide databases that capture all patients taking biologics for rheumatic diseases and more than 90% of all drug prescriptions. They found that patients with inflammatory arthritis in Iceland were more likely to have received at least one opioid prescription than control subjects (75% vs 43%).

During the study period, average yearly opioid dose rose much more in the patient group than in the control group. And 2 years after the initiation of TNF inhibitors, the number of patients taking opioids was unchanged from baseline, at about 40%.

“In a way, the data are extremely skewed,” Palsson explained. “Most patients were taking very low doses of opioids and a few were taking extremely high doses. It’s hard to do a statistical analysis.”

Additionally, the risk for addiction is low when opioids are used as intended, said John Isaacs, MBBS, PhD, from Newcastle University in Newcastle Upon Tyne, United Kingdom, who is chair of the EULAR scientific program committee.

To alleviate chronic pain, opioids “should, in any case, only be part of a comprehensive therapy program in which doctors, psychologists, and physiotherapists work together,” Isaacs said in a EULAR news release.

Palsson has disclosed no relevant financial relationships. Isaacs is a consultant or has received honoraria or grants from Pfizer, AbbVie, Amgen, Merck, Roche, and UCB.